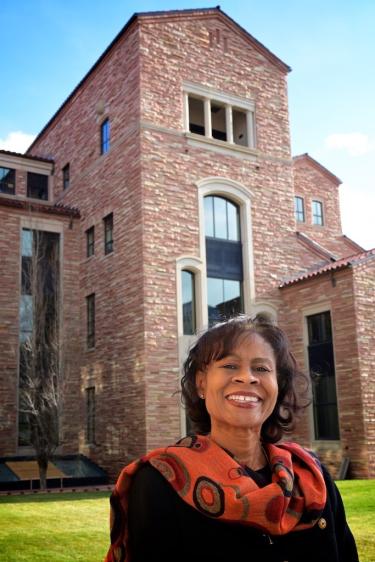 Velveta Golightly-Howell (’81) has achieved many firsts throughout her life. She was among the first group of Black students to integrate the Alabama public school system at age 12, and then among the first Black students admitted to the University of Alabama undergraduate and law schools. She went on to become the first in her family to attend law school and was the eighth female American descendent of slavery to earn a  Juris Doctor from the University of Colorado Law School.

Golightly-Howell continued to break barriers throughout her career. After being appointed by Denver District Attorney Dale Tooley, she became Colorado’s first Black female prosecutor. She was the third Black attorney employed at the Denver City Attorney’s Office and the first attorney of color hired at an international labor organization, where she practiced labor and employment law.

At the U.S. Department of Health and Human Services Office of the General Counsel for the Rocky Mountain Region, where she was selected as the first Black female lawyer and only the second African American, she became the first attorney of color to receive the office’s highest recognition for exceptional performance.

Growing up in Alabama in the 1960s, Golightly-Howell experienced the perverse effects of racial discrimination. While she felt supported and loved in her all-Black community of church, family, and neighbors, she was also acutely aware of the deep-seated racism throughout the U.S. Heeding her wise parents’ advice—“Where opportunity does not exist, create it”—she sought to open doors for herself and others.

Inspired by her own mentor and lifelong friend, legendary attorney Brooke Wunnicke (’45), Golightly-Howell has mentored hundreds of law students, young attorneys, and other young professionals. She first experienced the power of mentorship during the second semester of her 2L year, when she accepted a one-year, paid internship with the Denver District Attorney’s Office. She and three white male Colorado Law classmates worked under the tutelage of Wunnicke, Colorado’s first female appellate chief deputy and barrier breaker herself.

"Brooke role-modeled how you treat people and how you carry yourself. She modeled for us how to be a reputable lawyer—one whom judges respect and colleagues trust,” Golightly-Howell said.

Many others have encouraged and made space for Golightly-Howell along the way, including law school classmates Hon. Claudia Jordan (’80), who encouraged her to apply for the internship with the Denver DA, and Hon. Bill Ritter (’81), who served as an intern alongside her and with whom she remains friends.

Golightly-Howell has found particular joy in helping students and attorneys of color navigate the ins and outs of law school, the legal profession, and life. She’s sought to create the community that she wished she’d had in law school as a first-generation law student and newcomer to Colorado.

“For me, my path and purpose were revealed when I was 6 years old,” she said. “My purpose is to open the door for others to come through."

“For me, my path and purpose were revealed when I was 6 years old. My purpose is to open the door for others to come through."

Whether they are formally matched with Golightly-Howell through Colorado Law’s mentorship program or meet more informally, students know they can turn to her for guidance on professional and personal matters.“I met Ms. Velveta at a mixer with alumni and incoming 1Ls. She walked right up to me and gave me her business card and started talking to me,” said Rosaline Martinez (’22).

“I had only been in Colorado for a week at the time and was feeling really vulnerable. It was nice to be approached by someone who took an active interest in me and was really kind."

As they started talking, they realized they had a lot in common. They were both born in Alabama, had similar backgrounds, and came to Colorado Law as first-generation law students. Within a few weeks, Martinez and her roommate attended dinner at Golightly-Howell’s home with  her family.

“We were both strangers in a strange land—she knew exactly how I felt,” Martinez said. “I did not know many lawyers before law school. Having someone like her welcome me with open arms into her family was very helpful. It was really nice to feel cared about.” 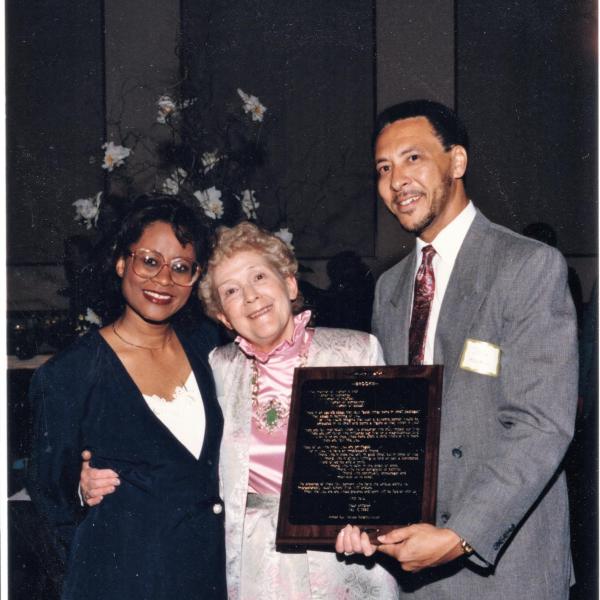 José García-Madrid (’22) recalls meeting Golightly-Howell at a 1L orientation event. “Velveta was one of the few nonstudent, nonfaculty members,” he said. “Because she is a woman of color, I wanted to talk to her. In the first 5 minutes she told me she had a get-together at her house planned for students and invited me.”

Naomi King (’21) was matched with Golightly-Howell through the mentorship program as a 2L. Even after the official 12-month commitment, they kept in touch and talk regularly.

“When we first met, she was very forthright. She said, ‘I’m here to really see you grow. Let’s get to know each other for real.’ That is what I signed up for: a real, authentic connection—someone I could be candid with,” King said.

Golightly-Howell’s counsel to students runs the gamut from how to stand out as a summer associate, navigating different legal careers, advocating for oneself, and balancing parenthood with a successful legal career. She also introduces students to her vast network of attorneys throughout the state.

“Vel is so generous with her space and resources. The last time I was at her house, she invited another attorney and his wife to have brunch with us. She wanted to make sure we connected with him,” García-Madrid said. “She really understands community. It’s especially critical to build community among lawyers of color.”

Golightly-Howell is also an important part of the system of support for students of color, García-Madrid said. Last summer, students turned to her for support and conversations around systemic racism in the U.S. She served as a sounding board for the student-led Council for Racial Justice and Equity, created by student leaders to supplement Dean Anaya’s Anti-Racism and Representation Initiative.

“It was so valuable talking with her about this festering wound in our country, and hearing about her lived experience of fighting racism her whole life,” King said. “I appreciated having those conversations with her about the decades of work it took to get to this point and how it can be reversed so easily. Velveta inspires me to speak up and take action.”

Student leaders have learned from Golightly-Howell’s example of uplifting others and sharing the spotlight.

"Learning from Vel about community and how to support each other has really helped us in our work on the Council for Racial Justice and Equity,” García-Madrid said. Equally important, he added, is pointing out other students doing the work who may not be as vocal about it.

“Velveta’s example has encouraged us to share the spotlight and help others build up their leadership,” he said. “We feel it’s a duty we owe to people like Velveta.”

Making space for others

Golightly-Howell is passionate about increasing access for people from marginalized groups in government work, particularly where they have a seat at the table for important decisions that affect national and international policies and legal processes. At the U.S. Department of Health and Human Services Office of Civil Rights, she worked to recruit a diverse staff that represented many racial, ethnic, sexual orientation, and religious groups. 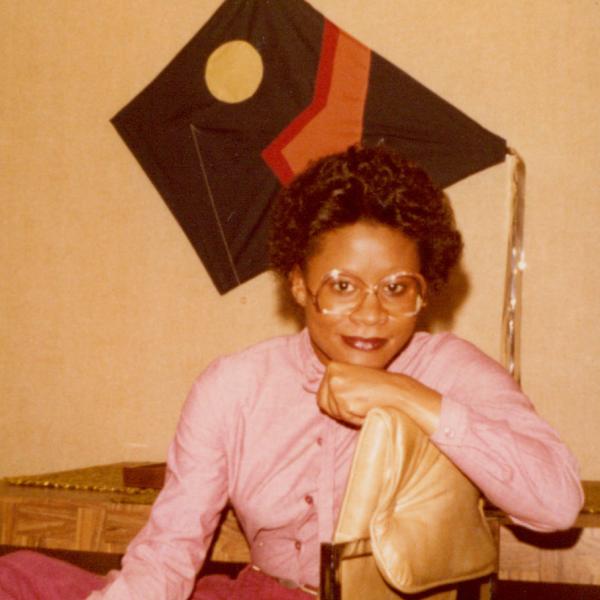 “I felt that when you had a multiplicity of different minds, lived and professional experiences, and aptitudes that are committed to working towards a mission and purpose, you’re going to come up with much better decisions and much broader impact at the organization,” she said.

She’s also worked to increase access for law students in government work. While serving as the director at the Office of Civil Rights for the U.S. Environmental Protection Agency in Washington, D.C., Golightly-Howell contacted Alexia McCaskill, senior director for professional development, to partner on an internship program for Colorado Law students.

“That was Vel’s way of opening up access to students within that office. She is always thinking about ways that she can support Colorado Law students, and particularly students who have identities that are underrepresented in the profession,” McCaskill said.

Even with increased efforts by law schools and firms to increase diversity, many Black attorneys don’t feel good about their experiences, Golightly-Howell said. Through her mentorship, advocacy, and engagement, she aims to instill the same sense of confidence and belief in oneself that her family, teachers, and community instilled in her.

“I remind them, ‘You can do whatever you want to do as long as you work hard for it,’” she said. “I remind them to keep  their faith.”

“As a Black woman, she knows the importance of having people that make way and make space for you in a profession that doesn’t sometimes or oftentimes reflect you,” said McCaskill, who oversees the mentorship program. “She has a very keen understanding of the importance of students, regardless of their identities and backgrounds, having someone they can go to to ask questions of and feel supported by, and who can create for them a sense of belonging. She’s always thinking of how she can help people belong and be that resource.”

In between mentoring students, Golightly-Howell serves on the Law Alumni Board, where she is involved in efforts to increase diversity, equity, and inclusion at Colorado Law and recruit students from marginalized backgrounds. This January, she launched Sister-to-Sister: International Network of Professional African American Women Inc., a nonprofit that serves as a network for professional Black women and provides communal spaces, education, training, mentoring, and other offerings. The nonprofit builds on the Colorado Sister-to-Sister group Golightly-Howell founded nearly three decades ago, which has connected hundreds of women in and outside the U.S.

It all goes back to Golightly-Howell’s lifelong commitment to bringing people together, building up their confidence and self-esteem, and nurturing relationships with others.

“I jokingly say that even though Velveta is a mentor in a program I run, she finds these ways to mentor and support me,” McCaskill said. “It’s who she is. It’s intentional the way she supports and engages, but not forced or studied. It’s what comes to her naturally. It always seems to arrive at just the right time.”

Issue: Amicus | Spring 2021 Issue
Tags:
Return to the top of the page