An educational toolkit drafted by students and attorneys at the University of Colorado Law School, Native American Rights Fund (NARF), and UCLA Law School seeks to help American Indians, Alaska Natives, and Native Hawaiians use the United Nations Declaration on the Rights of Indigenous Peoples in their own laws and programs.

Adopted in 2007 by the United Nations General Assembly, the Declaration is a standard-setting document that commits to the individual and collective rights of Indigenous Peoples, including their self-determination. It calls on states to undertake legal reform that will remedy past violations and ensure current protections for Indigenous Peoples’ rights. However, because the Declaration is not legally binding like a treaty, tribes have explored different avenues to make its promises a reality in the U.S.

The Tribal Implementation Toolkit covers a range of issues, including land recovery, religious freedoms, language revitalization, and child welfare. It aims to help with these efforts by providing examples of how tribes have incorporated the Declaration into their own tribal codes, resolutions, and agreements. 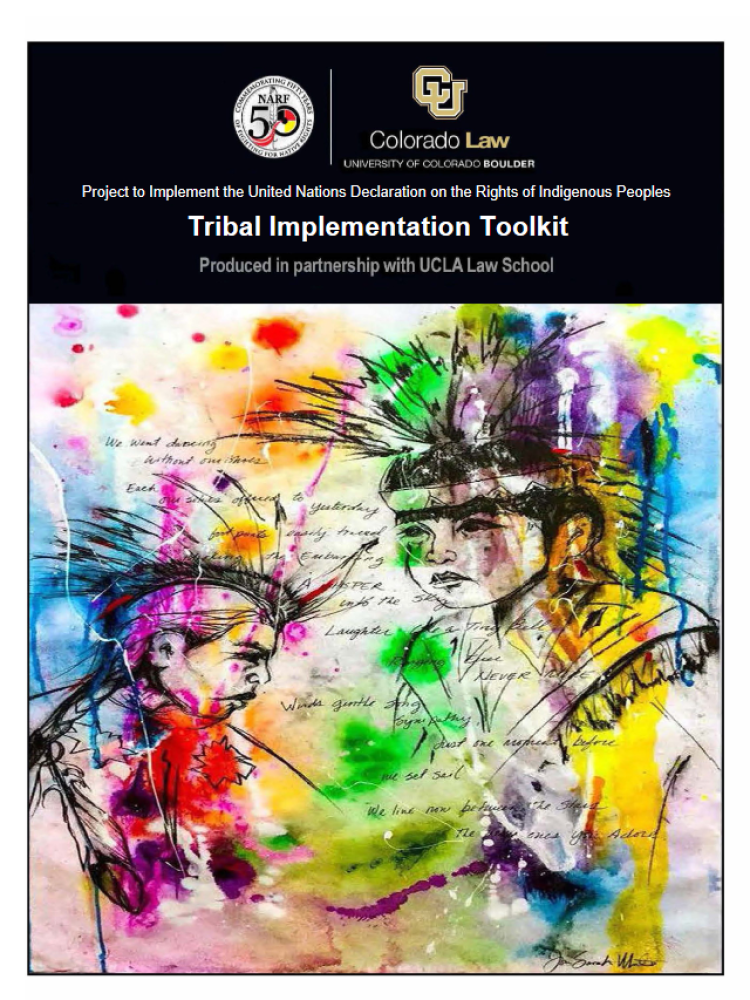 The cover of the Tribal Implementation Toolkit. Artwork used with the permission of Joni Sarah White/Artwork (www.jonisarahwhite.com).

"Many tribal leaders have asked for information about how they can support efforts to ensure that the United States honors the promises of the Declaration. Others would like to consider using the Declaration internally in tribal law and governance. In many ways these pursuits intersect, with tribal, national, and international law influencing one other," the toolkit states.

The toolkit responds to both questions—how to reinforce national implementation of the Declaration and how to use the Declaration in tribal governance—by highlighting the innovations of tribes themselves.

Others have looked internally to tribal governance.

The Muscogee (Creek) Nation translated the Declaration into the Muscogee language and adopted the Muscogee version into tribal law, which is binding in the jurisdiction. In Washington, several tribes worked with the attorney general’s office to make the Declaration’s standard of “free, prior, and informed consent” a safeguard of the office’s dealings with tribal governments. A resolution of the Yurok Tribe references several articles of the Declaration as support for the tribe’s rights to conserve the Klamath River, its ecosystem, and species. The Navajo Nation Human Rights Commission cites the Declaration, along with Navajo Fundamental Law, in matters ranging from employment rights to the protection of sacred sites.

The toolkit features these and other examples, while also providing sample resolutions that may be modified by tribal governments for their own purposes. Some tribes emphasize, for example, that “human rights” must accompany “human responsibilities” to one another and to the natural and spirit worlds. 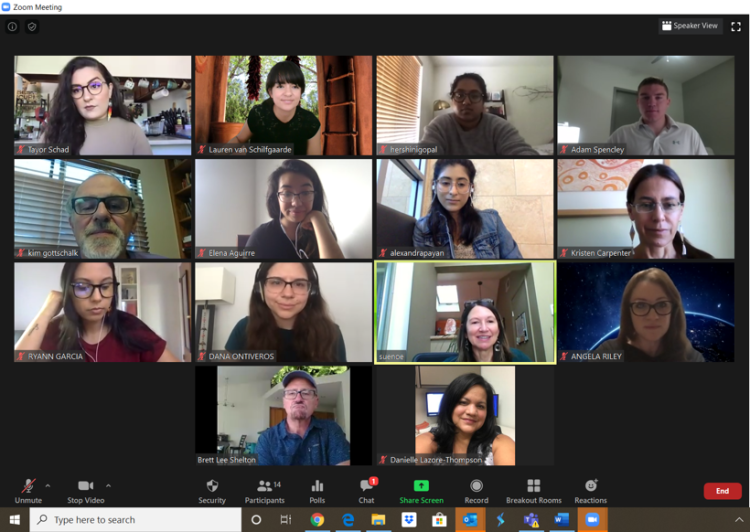 Students, faculty, and attorneys from Colorado Law, UCLA, and the Native American Rights Fund working on the Tribal Implementation Toolkit in summer 2020.

For Schad, who serves as vice president of the Native American Law Students Association, working on the Declaration took on a personal dimension.

“I come from a tribe in South Dakota that has a very rich history with our ancestral lands and our treaty rights, and having a toolkit like this is just another way for my tribe to uphold and strengthen its rights on a grassroots level. It provides tribes with guidance in incorporating the Declaration into their own codes which will help strengthen their communities and sovereignty in the long run,” she said.

The Colorado Law and NARF team first sought direction on implementation of the Declaration from tribal leaders, lawyers, judges, and scholars at a 2019 conference hosted at Colorado Law. This past year, the team worked with tribal leaders and lawyers from the Quinault, Shawnee, Euchee, Muscogee, Pawnee, Pechanga, Graton Rancheria, and Yurok nations, among others, to ensure the toolkit reflected their concerns and interests. The National Congress of American Indians passed a resolution acknowledging the toolkit in 2020.

“Our goal was to make the toolkit responsive to the needs of tribal needs and partners. We wanted to bridge gaps between academia and the people doing the grassroots work on the ground,” Miller said.

The toolkit will be formally released at a virtual April 12 launch event, which is open to the public. The Colorado Law/NARF legal team will hold virtual toolkit training sessions later this spring for tribes, and, once it is safe to do so, they plan to travel to different tribal reservations, meet with their leadership and members, and host local networking events to share information about the toolkit.

“Tribes have control over their lands and resources, and this toolkit will hopefully help guide them to further strengthen those rights and hopefully strengthen their relationship with the U.S., considering that the U.S. has lent its support to the Declaration,” Schad said. “The U.S. has always called the Declaration an aspirational document and in my mind, tribes being able to incorporate the Declaration into their codes and legislation should really be one of the primary aspirations for utilizing this document.”

This project is supported by a grant from the CU Boulder Office of Outreach and Engagement.

About the Colorado Law - NARF Partnership

Image used with the permission of Joni Sarah White/Artwork (www.jonisarahwhite.com)