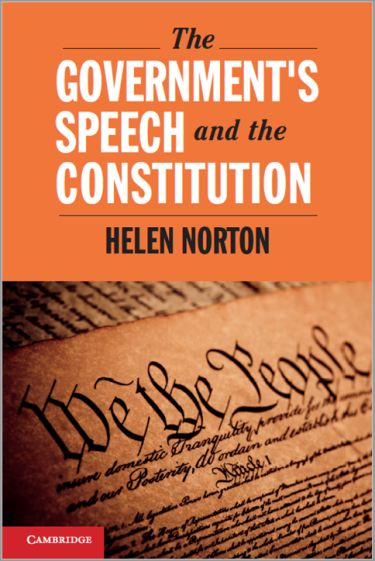 Norton, who holds the Rothgerber Chair in Constitutional Law at Colorado Law, focuses her teaching and scholarship on constitutional and civil rights law. Before entering academia, she served as deputy assistant attorney general for civil rights at the U.S. Department of Justice during the Clinton administration. Her constitutional law scholarship has appeared in the Duke Law Journal, Northwestern University Law Review, Stanford Law Review Online, and the Supreme Court Review, among other journals.

Q: First, let’s start with a definition. How do you define government speech?

When I talk about the government’s speech, I’m referring to the speech of a governmental body like an agency or congressional committee (think of the surgeon general’s report on the dangers of tobacco) as well as the speech of an individual who speaks when backed by the government’s power (like the attorney general announcing official policy or a police officer interrogating a suspect).

Q: How is speech by the government different from when anyone else speaks?

The government is unique among speakers because of its coercive power, its enormous resources, its often privileged access to key information, and its wide variety of expressive roles. The government speaks not only as sovereign, but also as employer, as educator, as property owner, as commander-in-chief, and in many other roles. For all these reasons, the government’s speech has unusual potential for great value as well as great harm.

Q: Why does the government’s speech deserve our attention right now?

The government’s speech can serve, or instead threaten, democracy. We need to empower our government to operate effectively to serve and protect us, even while we need to limit its power to harm us. Think of governmental threats that silence dissenters as effectively as jailing them, or governmental lies that pressure their targets into abandoning their constitutional rights as effectively as denying those rights outright. These concerns are as important now as they’ve ever been. 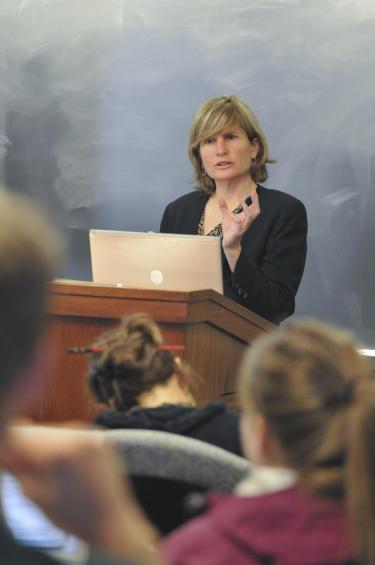 Q: Are there ever instances when the government can lie to its citizens? Under what circumstances?

The government’s lies, like our own, can be complicated. Sometimes the government tells lies in hopes of achieving important public objectives: think of undercover police officers’ falsehoods about their identities, which are told to discover and stop wrongdoing. But of course, the government’s lies sometimes inflict devastating injuries—for example, when the government lies to the public to avoid legal or political accountability or to justify certain military actions. This requires us to wrestle with hard questions about when we can effectively challenge those lies through constitutional litigation and when we must instead rely solely on political action like protesting and voting.

Q: You’ve written extensively about free speech as it relates to artificial intelligence, employers, and the government. What inspired you to write this book about government speech?

Q: How has writing the book influenced your future scholarship?

This story originally appeared in the fall 2019 issue of Amicus.
Categories:
Tags:
Return to the top of the page