A Champion for Diversity

For Milly Danielson Oppenheimer, who helped open the door to law school for countless students underrepresented in the legal profession, working at Colorado Law was “the best, most rewarding job” of her life.

Philip had practiced at Holland & Hart LLP and served as a CU regent from 1960 until 1966. He had also been active in the civil rights movement and sought to improve opportunities for minorities in Colorado. He, along with Russ Olin (’67) and Bill Rentfro, both former professors at Colorado Law, often talked about their dream of starting a program that would encourage more students from underrepresented groups to apply to and attend law school.

After Philip died, Oppenheimer was asked to apply for a job as placement director at Colorado Law, where she would eventually serve as assistant director of minority programs. This was also the start of what would eventually become the Minority Program. 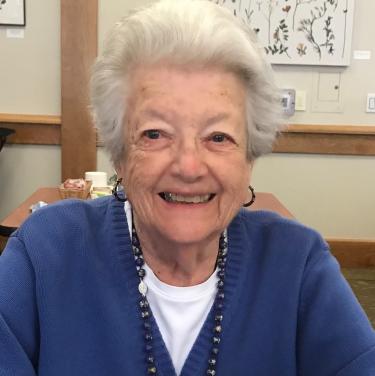 From 1970 until 1981, Oppenheimer worked closely with diverse students who applied to Colorado Law. At a time when very few African Americans, Latinos, Native Americans, women, and other underrepresented groups were attending law school, Oppenheimer’s job was to diversify the student body by ensuring that deserving candidates knew that Colorado Law wanted them and would help them succeed.

As assistant director of minority programs, Oppenheimer served as a mentor, coach, and advocate for diverse law students, helping them overcome personal, professional, and educational hurdles. She helped them find housing and tutors. She also helped secure internships, clerkships, and summer paralegal work for students between each year of school.

While she initially leaned on her late husband’s connections at Holland & Hart and elsewhere, Oppenheimer quickly developed contacts of her own. She became known as a voice for minority students and a civil rights activist during an exciting and sometimes dangerous time, her daughter, Carrie Danielson, said.

“This program was met with resistance, of course; the same type of resistance that met any program perceived as giving special treatment to anyone based on race, gender, or ethnicity. They dealt with the same kind of attacks and questions that affirmative action met with throughout the nation,” Oppenheimer said. “But in the years of the program, many students who otherwise would not have applied to law school were brought through the three or more years, passed the bar, and became active members of the legal profession. Some became judges and politicians, some worked with legal aid programs, some became prosecutors, some defenders. Together, they changed the face of the Colorado Bar.”

Today, although Oppenheimer lives in California, she still keeps in touch with many of the law students she worked with, including Pen Tate ('68), Harold “Sonny” Flowers Jr. ('71), and Manuel Ramos ('73). She delights in seeing their names in the news doing important legal and social work, and seeing how many have became role models for today’s law students.

Oppenheimer’s relationships with law students also extended into her own family. Carrie recalls her brother’s wedding in Taos, New Mexico, in the 1970s, when her mother invited several law students who were in the area to attend.

“My life as a teenager was deeply enriched because I was surrounded by the presence and lively discussions of these students whenever I was with my mother,” Carrie said.

It is fitting that Oppenheimer was honored at this year’s Scholarship Reception on Sept. 19, one month after Colorado Law welcomed its most diverse class in the law school’s history.

"As the Minority Program changed and eventually ended, Milly and our whole family hope that the Philip and Mildred Danielson Scholarship continues to make it possible for diverse students to afford and succeed at the University of Colorado Law School. Ultimately we hope it continues to help change the face of Colorado’s justice system to include, support, and defend people of all communities,” Carrie said.

“It’s obvious that to make our democracy work, we have to include everyone and all segments of the population,” Oppenheimer said. “There have been many improvements since I was young in the 1920s and 30s, certainly with regard to minority, women, and LGBTQ rights. Younger people may not see the huge change, but from my perspective, things are much, much better. Yet we still have a long way to go. I hope my time at the University of Colorado Law School made some difference to both individuals and the state’s legal system." 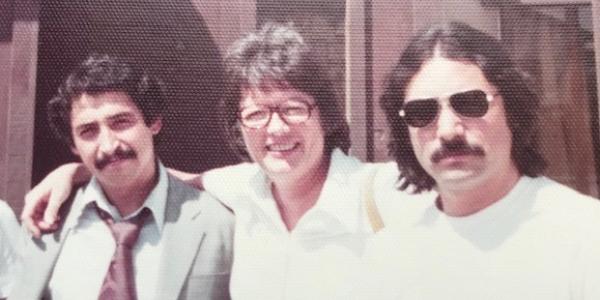 Milly Danielson Oppenheimer with law students in the 1970s.