About 220 miles south of Denver—a stone’s throw from the New Mexico border—lies the small town of San Luis, Colorado, population 629. Established in 1851, San Luis is Colorado’s oldest town and is populated by the predominantly Hispanic families who settled there almost two centuries ago. The town remains close to its past, with many of its traditions still intact. Among those traditions are its acequias, or irrigation trenches, which reflect a centuries-old method of irrigation and community-based water sharing. Operated according to the principles of equity, communal governance, and mutual support, the acequias ensure that each family in the community has enough water for domestic use, gardening, and subsistence farming and ranching purposes.

Introduced by the Spanish and Mexican families who settled in the American Southwest before it became part of the United States, acequias operated informally for generations, with many remaining unincorporated and without bylaws. However, their future became unclear after the U.S. acquired these communities in 1848 with the Treaty of Guadalupe-Hidalgo, and after Colorado became a state in 1876.

Colorado’s strict water law of prior appropriation—"first in time, first in right"—is fundamentally at odds with the equitable principles of acequia governance, which operate under the "one family, one vote" principle. With the mandatory adjudication of rights in water courts following Colorado’s principles, acequia communities faced a difficult question: how do they preserve an important tradition while living in modern times?

Some communities obtained decrees for their preexisting water rights, only to lose half of the water to promoters and speculators. Others never made the 40-mile trip to Alamosa to adjudicate their rights in court and continued to irrigate as their ancestors had for generations. Although Colorado’s territorial legislature had recognized the Spanish "right of thirst" (a pillar of acequia communities), the state’s new constitution made no mention of acequias, excluding them from Colorado’s legal framework. Acequias had to take on the guise of mutual ditch companies under law, even though they continued their traditional practices. 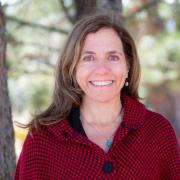 This all changed in 2009 when Colorado passed the Acequia Recognition Law, which permitted community ditches established prior to Colorado statehood to incorporate as acequia ditch corporations. This was welcome news and granted acequias the legal power to preserve their traditional institutions, but Peter Nichols ('01), who worked on the legislation, recognized that acequia members in the San Luis Valley needed more than just the statute to keep their acequias alive and thriving. He called on Colorado Law Professor Sarah Krakoff for help.

"He asked, do you have a couple students who could write a handbook on Colorado water law for some communities down in the San Luis Valley?" Krakoff said.

What Krakoff and Nichols had envisioned would take a summer—drafting the handbook, which is now in its third edition—ended up taking more than two years to complete. "We quickly realized that just drafting the handbook was not going to give the farmers and irrigators the assistance they needed," Krakoff said.

In August 2012, Krakoff, Nichols, Sarah Parmar of Colorado Open Lands, and Ryan Golten, a former New Mexico Legal Services attorney, decided the best way to implement the Acequia Recognition Statute was to provide no-cost legal assistance to acequias. They would help them draft bylaws and affirm their water rights in water court.

The group presented the idea to the board of the Sangre de Cristo Acequia Association, a San Luis-based nonprofit representing more than 73 acequias, which supported the project. That fall they began to recruit students and paired them with pro bono attorneys. Since then, the teams having been helping acequia organizations incorporate, conducting governance reviews for existing acequia corporations, and helping individual irrigators understand and secure their water rights.

A Longtime Case Comes to a Close 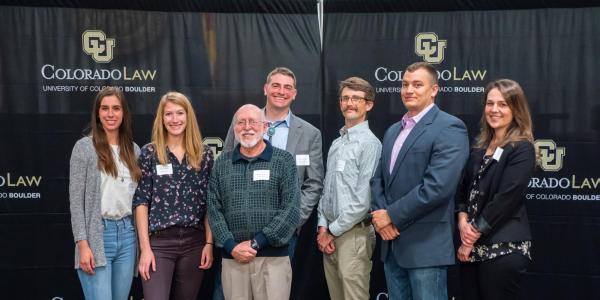 Colorado Law students with Charlie Jacquez, a client of the Acequia Project.

The project recently completed one of its most ambitious and technical cases, spanning four years and nine law students. Charlie Jacquez, a descendent of one of the original settlers of San Luis and an acequia commissioner, reached out in 2015 for assistance drafting bylaws for his acequia, the Montez Ditch, but it was unclear who exactly had rights to the ditch. The team quickly recognized that this was not going to be an easy case. There were 22 properties on the Montez Ditch with potential water rights, each of which required a chain-of-title on their complex history, several groundwater springs, and legal questions about an upstream goldmine.

Water law attorneys Kelcey Nichols and Ryan Jarvis and paralegal Rebecca Moller joined the case as the students combed through records of the Costilla County Clerk and Recorder’s Office. Since the county had only digitized its most recent records, students needed to physically travel to its office. The team made eight-hour roundtrips to examine deeds reaching back to before Colorado’s statehood, often written in Spanish.

As students moved back in time through the indices, handwriting became harder to decipher, they discovered pages and whole books of records were missing, and they feared that the trail would be lost in a community where Anglo-American law and custom had been laid over Hispanic culture. Two years later, the students had assembled enough documents to write an opinion on each of the properties’ rights to water on the ditch. The final report totaled 400 pages, representing the group’s collective 875 hours of pro bono work.

"We could never have afforded this work on our own. We’ve gained a lot of administrative tools and can move forward with our work on the acequia. Before [working with the Acequia Project], the big fear was that we were going to lose our water, that someone with a lot of money was going to come in and grab our rights. We know now we can defend against that."

In April 2019, the Acequia Project came together to celebrate completing the Montez Ditch case and share what they had learned from the case with the law school community. Though the Montez Ditch case is complete, the Acequia Project’s work in southern Colorado remains ongoing. Students and their supervising attorneys continue to help acequias write their bylaws, bring unadjudicated water rights into court, and tackle important questions in the community through socially engaged scholarship.

This story originally appeared in the fall 2019 issue of Amicus.
Categories:
Tags:

Students and supervising attorneys who worked on the Montez Ditch case: