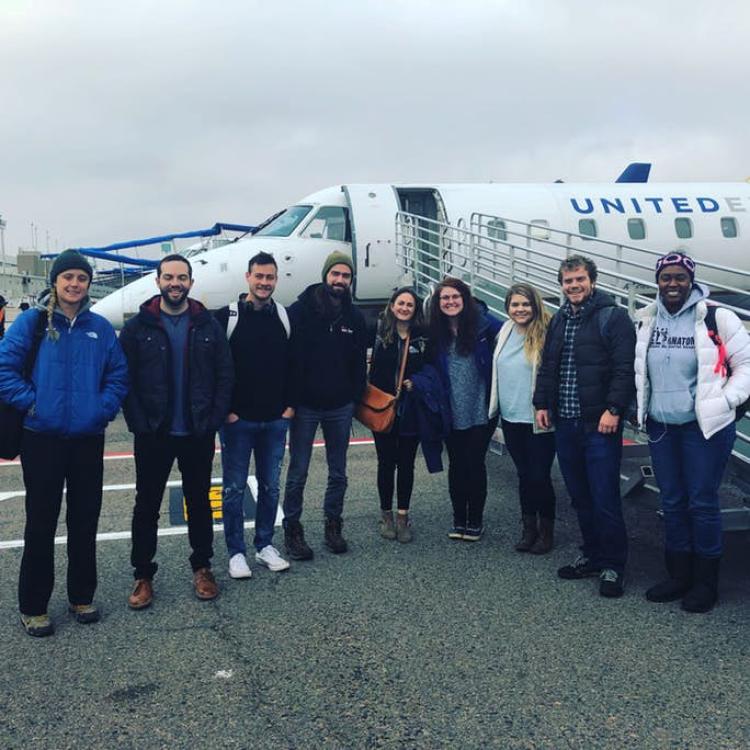 A group of about 20 University of Colorado Law School students traveled to reservation counties across North Dakota to ensure the votes of tribal reservation members were counted in the Nov. 6 election. Associate Clinical Professor and Director of the American Indian Law Clinic Carla Fredericks and Colorado Law students volunteered as nonpartisan election observers and coordinated election volunteers from across the country who sought to provide assistance to voters on Indian reservations across North Dakota on Election Day.

After a federal judge upheld a strict state law requiring North Dakotans to show government or tribe-issued identifications with residential addresses in order to vote, some Native American groups and advocates feared that Native Americans living on reservations would be disproportionally affected.

Many reservation residents do not use addresses, relying instead on P.O. boxes to receive mail, Fredericks explained. The process to obtain a physical address is complex, and advocates feared that tribal residents would be turned away at the polls or deterred from voting altogether.

Colorado Law students and other volunteers documented any voters who were turned away from ballot boxes and helped tribal members secure the appropriate information to vote. There is a six-day window after the election during which eligible voters who were turned away can still have their ballots counted if they obtain the proper identification in time, Fredericks explained.

Kayla Jankowski ('20) volunteered as an election observer at the Sioux County Courthouse in Fort Yates, North Dakota. She recalled hearing community leaders discuss how hard they worked in the weeks leading up to the election to encourage their community to come out to vote. When the final vote count came in, they said that double the amount of people had voted at that polling location during this election than in the 2016 presidential election.

"I felt very grateful to be able to help voters feel like their voices are important. After this experience, I have slightly more faith in America and the democratic process because I saw people who really valued their right to vote and worked hard to make sure their community could exercise it," she said.

The clinic worked with Common Cause and Election Protection to provide training and assistance and coordinated efforts with Native American Rights Fund, counsel for the plaintiffs who challenged the North Dakota voter ID law. The clinic also worked in close coordination with the Spirit Lake Tribe, Standing Rock Sioux Tribe, Turtle Mountain Band of Chippewa Indians, and the Three Affiliated Tribes ("MHA").

"I am so grateful to the American Indian Law Clinic students for their hard work to ensure that Native Americans who came to the polls in North Dakota were able to vote on Election Day," Fredericks said. "I am also proud to be part of our robust clinical program at Colorado Law, where we create meaningful opportunities for student learning while also making lasting and positive contributions to the communities around the world."

Read this opinion piece written by clinic students: "What We Saw in North Dakota on Election Day" (Indian Country Today).