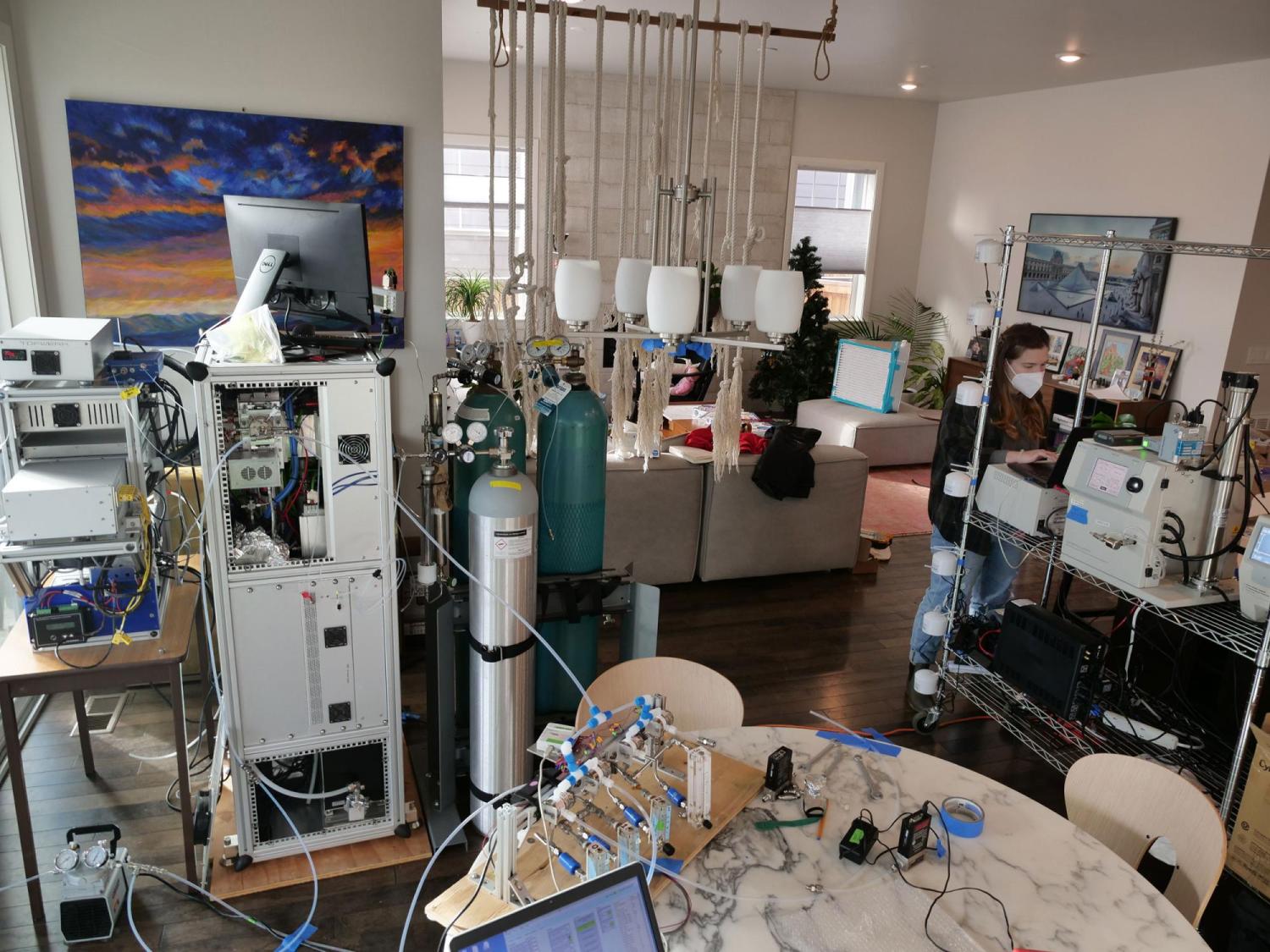 When the Marshall Fire tore through 6,000 acres in Boulder County on Dec. 30, 2021, it became the costliest wildfire in Colorado history. More than 1,000 homes burned. Tens of thousands of residents were forced to evacuate, and many returned to neighborhoods that were damaged or even destroyed.

In the days and weeks that followed, dozens of CU Boulder researchers—many of them personally affected by the disaster—put their unique expertise into action. They launched drones to assess the damage, analyzed water samples, monitored air quality and mapped the movement of the fire to better understand its impacts on the environment, infrastructure and community.

The speed, coordination and sensitivity of this scientific response is in large part due to CONVERGE, a National Science Foundationfunded collaboration established in 2018 to identify, train and support disaster researchers. Led by sociology Professor Lori Peek, this invisible infrastructure connecting the disaster research community is housed at the longstanding CU Boulder-based Natural Hazards Center, which Peek also directs.

“It’s about bringing researchers together before, during and after a disaster so that we can work in more multi- and interdisciplinary ways on the wicked problems that we’re facing,” Peek said. Climate change, poverty, unsustainable development and other forces “are turning natural hazards into major human disasters,” she said.

To help respond to these urgent challenges, CONVERGE hosts a Leadership Corps of engineers, social and natural scientists, and a network of hazard and disaster researchers from around the world called the Social Science Extreme Events Research (SSEER) Network. It offers free online disaster research training modules, shares open data, and provides financial and technical support for research on the human impacts of natural hazards.

CONVERGE has trained more than 5,000 students, academics, emergency management officials and other professionals on the fundamentals of hazards and disaster research. These efforts have improved the knowledge and skills of researchers on the ground following major events.

After the Marshall Fire, CONVERGE quickly mobilized to organize several virtual forums with researchers, emergency responders, journalists, community members and representatives from municipal governments. These forums—the first of which had more than 400 registrants—jump-started the process of identifying pressing research needs, potential redundancies and ways to appropriately connect with affected communities in the immediate aftermath of the fire.

The first virtual forum also led to the establishment of the Marshall Fire Unified Research Survey, which involves dozens of researchers working together to reduce the research burden on affected communities while learning from their experiences.

“In my 20 years of being a researcher, I have never seen this kind of coordinated research effort,” Peek said.

By connecting researchers to knowledge and data, CONVERGE draws on lessons that disaster researchers have learned from earthquakes, hurricanes, tornadoes and other calamities over decades and allows them to quickly apply those lessons in new and different ways, she said.

The collaboration is also committed to “not only characterizing problems, but developing solutions and working with communities and policymakers to put them into action,” Peek said.

This is critical for research in the wake of wildfires, as their impact on people is rapidly increasing, and climate change signals the Marshall Fire may only be the start of more suburban fires this century.

“This is not something we’re done dealing with,” Peek said. “The convergence mindset and orientation to research is crucial because it asks us to consider: What are we going to do to solve that problem?” 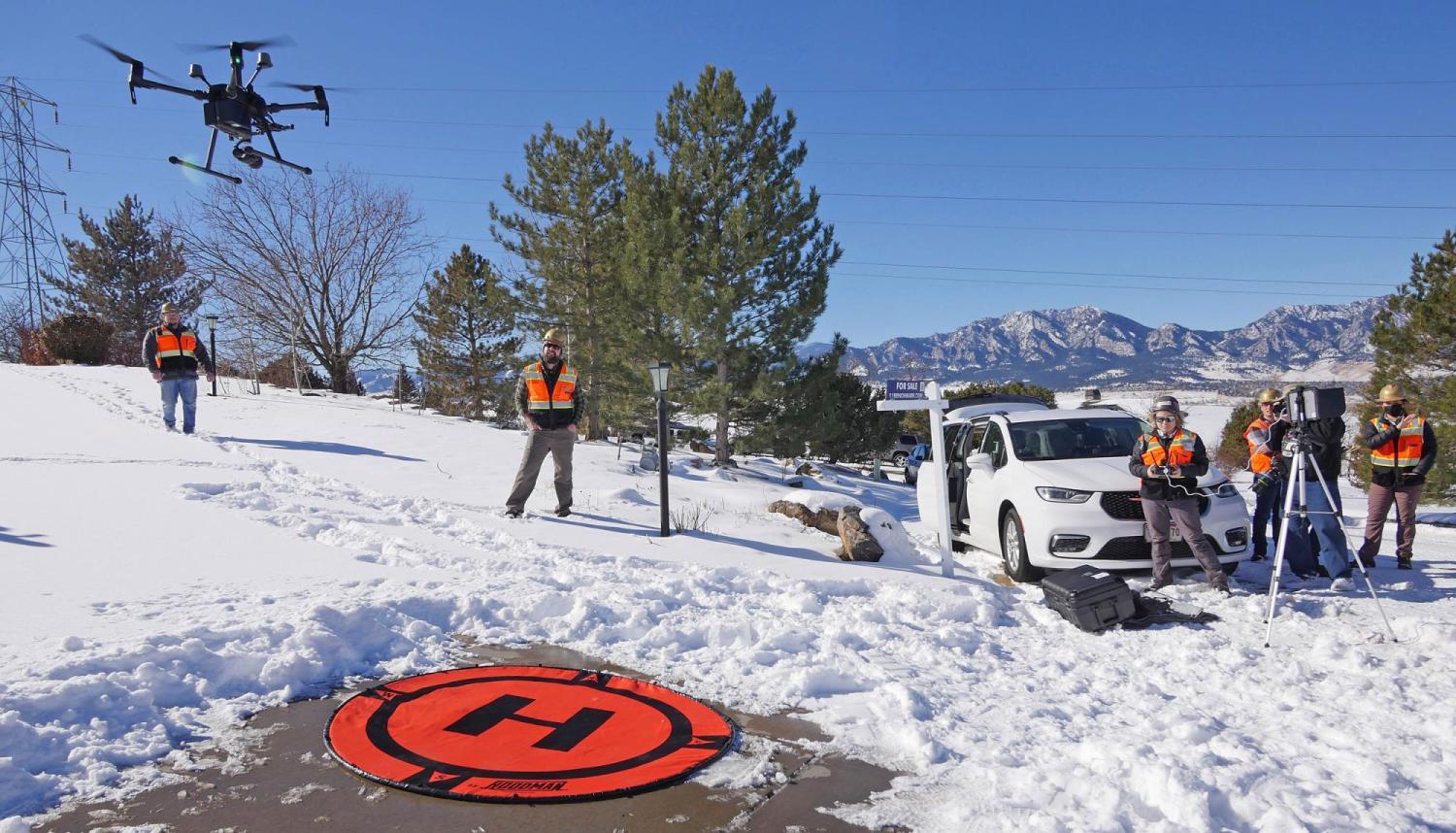 Photo: Learning from the Marshall Fire by utilizing drones to map the scene.