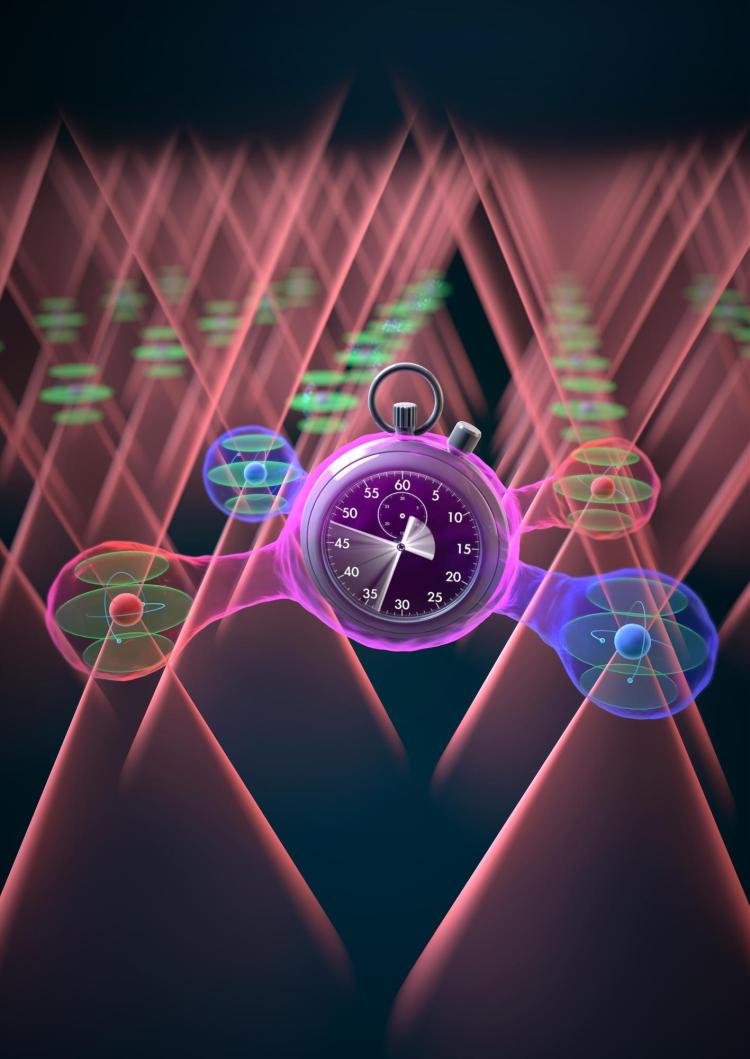 From sensors that map activity in the human brain to atomic clocks searching for the universe’s elusive dark matter, researchers at CU Boulder are transforming advances in quantum physics into real-world technologies.

Quantum physics is the study of the universe at its smallest scales. This microscopic realm is wild and weird and may soon transform Colorado into a new Silicon Valley, only this time, a Quantum Valley. Here, electrons can exist in several places at the same time. Particles tunnel through solid matter and hop out the other side, while atoms tick like tiny pendulums quadrillions of times per second.

“To borrow a phrase, we’re going where no one has gone before,” said quantum physicist Jun Ye, a fellow at JILA and the National Institute of Standards and Technology (NIST).

Imagine a future in which you commute to work using a navigation app that keeps running, even when you duck into a subway station out of range of GPS; where microscopes can record real-time videos from deep inside living cells or nanodevices; and where new quantum computers discover and test novel drugs in record time.

It all may be possible thanks to quantum physics. And both the birth and growth of this revolution are rooted in Colorado.

For 60 years, scientists have plumbed the depths of atoms, lasers and more at JILA, a joint research institute between CU Boulder and NIST. To build on that legacy, researchers have launched new centers on campus, including STROBE and Quantum Systems through Entangled Science and Engineering (Q-SEnSE). Major hubs such as the CUbit Quantum Initiative and Quantum Engineering Initiative integrate and accelerate the work of quantum researchers from across departments and colleges.

The hard work is paying off. Quantum researchers at CU Boulder have taken home four Nobel Prizes in physics since 2001. Today, quantumrelated businesses employ more than 1,000 people in Colorado and generate an estimated annual economic impact of around $400 million. 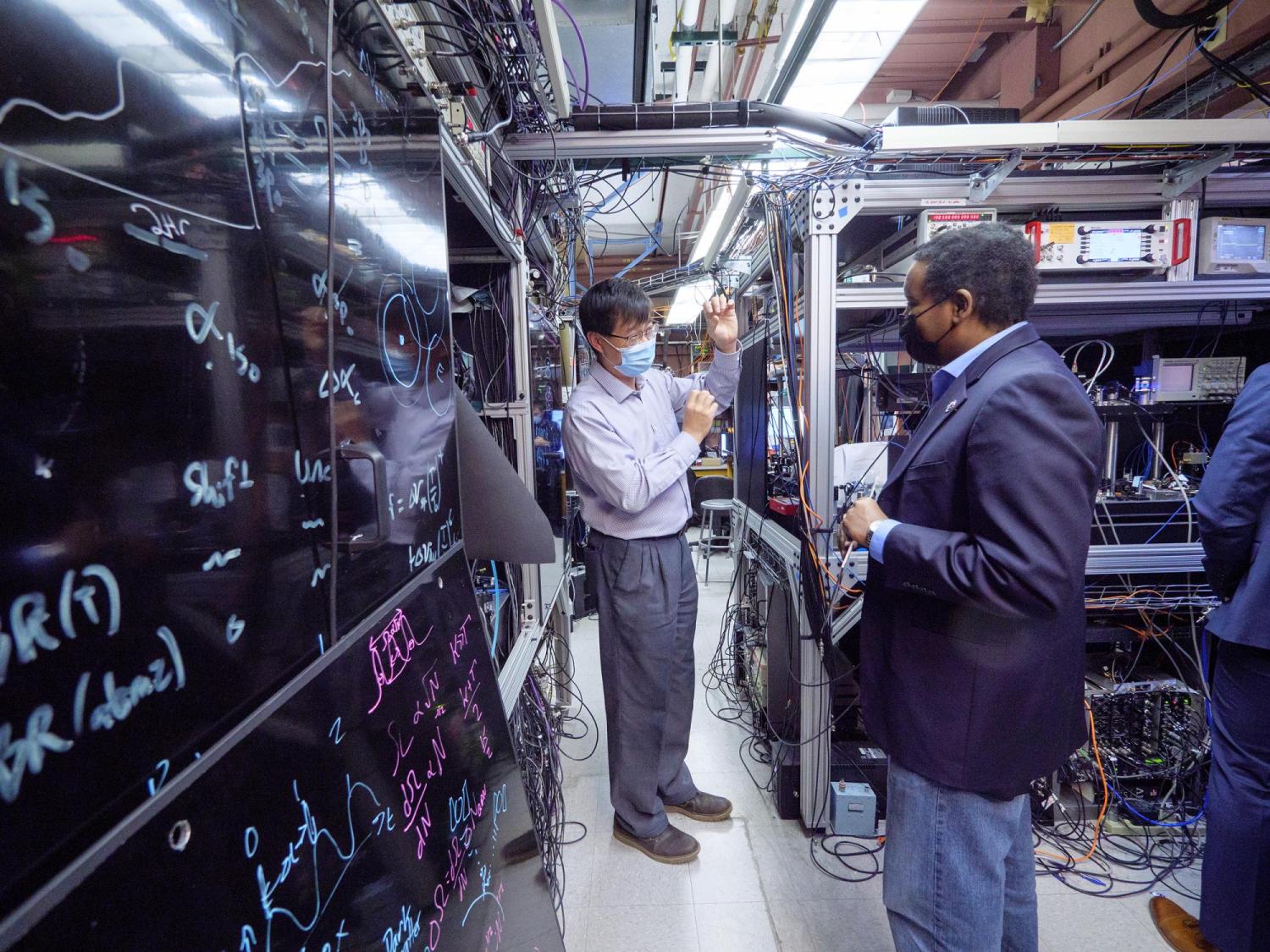 Physicist Jun Ye gives U.S. Rep. Joe Neguse a tour of his lab at JILA on the CU Boulder campus.

Many of these nimble and innovative startup companies began right here on campus. ColdQuanta, Vescent Photonics, LongPath Technologies, FieldLine Inc., Atom Computing, Stable Laser Systems and KM Labs, among others, were all founded by current and former CU Boulder scientists.

“It’s amazing to see all these companies building off of Nobel Prize-winning research,” said Philip Makotyn, executive director of CUbit. “It’s a rich ecosystem that doesn’t exist anywhere else.”

CU Boulder is also partnering with many well-established companies, including Boeing, Lockheed Martin and Quantinuum, to create more opportunities for current and future quantum researchers.

And the Centennial State is just getting started.

Ye, for example, is a pioneer in atomic clocks, devices that synchronize the “ticking” of clouds of atoms cooled down to just a millionth of a degree above absolute zero. Today, he’s using these clocks, for example, to try to detect the incredibly faint signals of dark matter—a substance that makes up about 84% of the mass in the universe but that scientists have not yet been able to identify.

Margaret Murnane and Henry Kapteyn, both JILA fellows, also tap into the quantum physics of atoms to design new kinds of microscopes based on X-ray lasers. Their devices can fit on top of a table and are able to measure the flow of electrons, spins and heat within nanodevices thinner than the width of a human hair.

Svenja Knappe, associate research professor in mechanical engineering, meanwhile, is diving into the human brain. She develops a different kind of quantum sensor, called an optically pumped magnetometer, that can map out the activity of neurons in the brain—an important tool for studying illnesses like schizophrenia and Parkinson’s disease.

“This is not a technology that’s 20 years out,” Knappe said. “Quantum sensors can make an impact on your life now.”