CU Boulder was one of several funded teams in the 2019 Subterranean Challenge, a high-stakes competition launched by the U.S. Defense Advanced Research Projects Agency to test autonomous robots in difficult underground environments during search and rescue.

The team is a $4.5 million collaboration led by the College of Engineering and Applied Science through the Autonomous Systems Interdisciplinary Research Theme. Dubbed “Multi-agent Autonomy with Radar-Based Localization for Exploration” (MARBLE), the team includes engineers from CU Denver and the Massachusetts-based Scientific Systems Company Inc.

Each leg of the multiyear challenge is designed to test how autonomous robots—acting as first responders—approach tunnels, caves and urban environments. That includes handling environmental factors like difficulty communicating through walls or the potential for unseen dangers like spilled hazardous material deep inside the rescue area. A team of drones, as MARBLE is using, could address those challenges by searching quickly, independently and without the fear of physical harm a human would have to consider.

The second leg of this competition finished in February 2020 near Seattle with subsequent legs culminating in 2021.

Sean Humbert, a professor in the Paul M. Rady Department of Mechanical Engineering, leads the CU Boulder team. He said students participating in the project range from undergraduates to PhD candidates and come from the mechanical, computer science and aerospace departments.

“This competition is good company to be in,” he said. “The top teams in this challenge are well funded and have 30 or more professional engineers, researchers and students, where the core of our team is 10 to 15 graduate students. So our ability to rise to the occasion and compete is something we are truly proud of.”

In a typical hour run, the team’s autonomous robots enter the course, scanning for “artifacts”—cell phones, hazards or dummies representing survivors—placed deep within. When they find something, they report their location with only a narrow margin for error. Because conditions limit the use of GPS, the MARBLE team uses a camera, radar and a laser-based system called lidar, Light Detection and Ranging, to build a virtual map of the area. That map is then shared with a human controller and other robots entering the course to help decide which sections to revisit for missed artifacts or which newly discovered zones to prioritize.

PhD candidate Michael Miles said the competition was a unique opportunity to test skills in tough conditions. The tight challenge deadlines—six months to build, test and deploy—coupled with the high stress of competition have been hard but valuable teachers, he said.

“Normally, you are making a robot that just has to work enough for a 3-minute video,” he said. “Then you publish a paper and visit a conference and you are done. But running these complicated systems for over an hour in tough conditions? That is unlike robotics anywhere, and it keeps you humble.”

Computer Science Assistant Professor Chris Heckman is part of the team’s leadership. He said the challenges students face in the competition push the boundaries of computer science and other disciplines.

“Fifty years ago when our department was first formed, it would have been crazy to think that computer scientists would be working side-by-side with engineers, applying techniques they were developing to robotic autonomy. Now, all of our work is interdisciplinary, and I think we’re developing students who will be well positioned for where our field goes over the next 50 years,” he said. 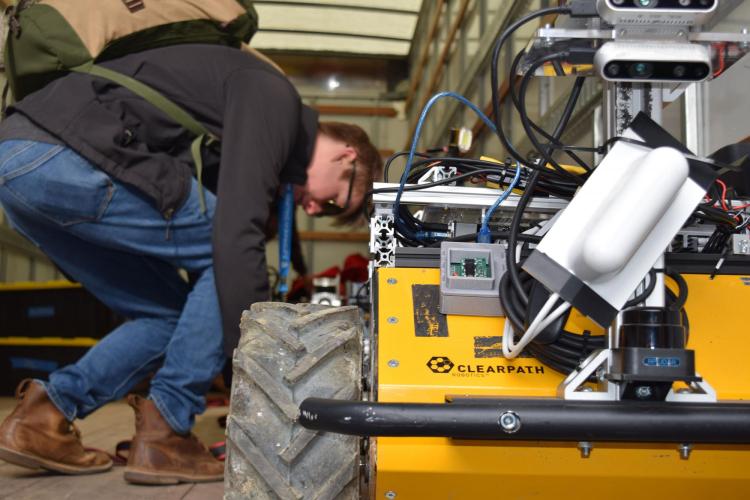 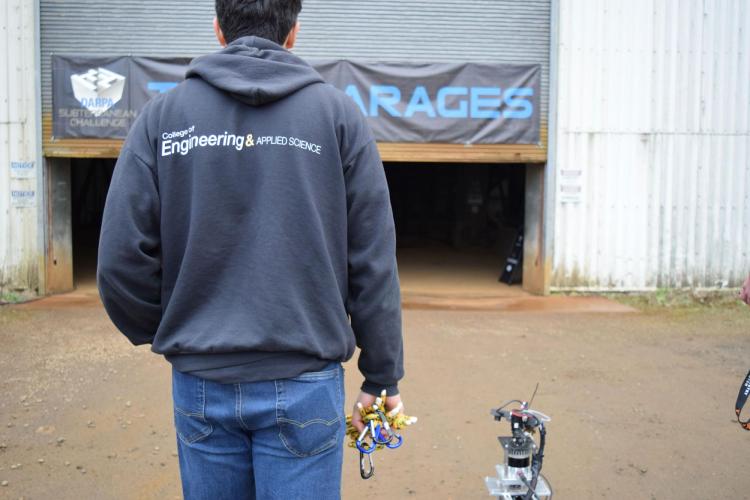 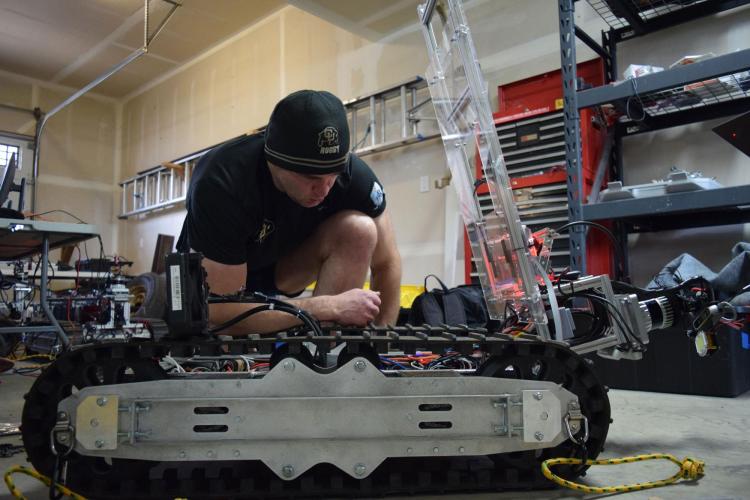