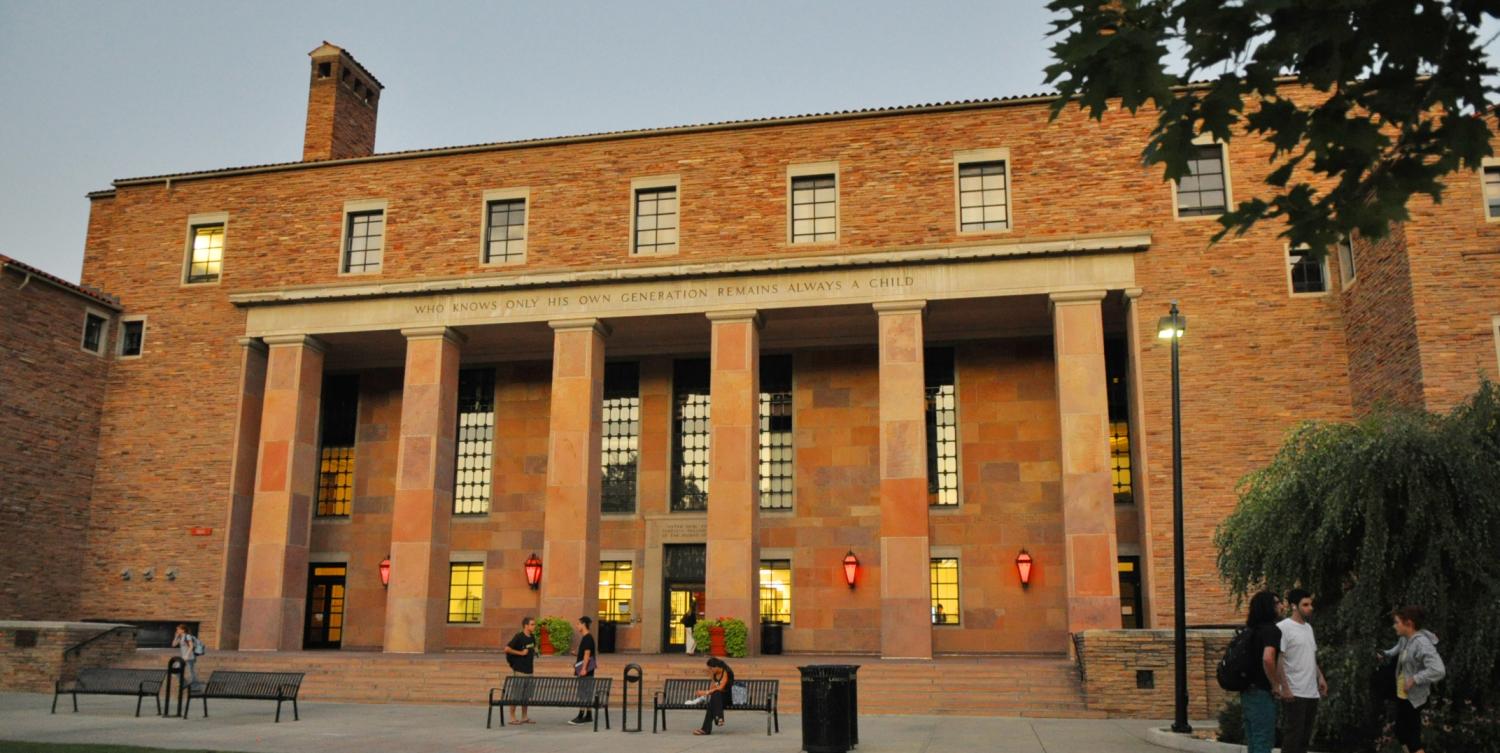 The Department of Classics is home to the University’s first multicultural, interdisciplinary program. They are multicultural because they study the civilizations of ancient Greece and Rome, but also the many peoples with whom the Greeks and Romans interacted in central and eastern Europe, north Africa, Egypt, and the Middle East. They are interdisciplinary because faculty and students in the department cross the boundaries of literature, philosophy, material culture, history, and religion to study the world of antiquity. Because of this, classics ranks among the most vibrant programs in humanistic studies at the University of Colorado, a department in which students at every level are challenged to integrate the world of scholarship into their daily lives.

The department is also one of the most successful undergraduate programs in the nation, with undergraduates claiming degrees with marketable skills that enable them to read critically, think analytically and communicate articulately.

I use what (Classics) classes taught me—how to conceptualize, empathize and recognize bias—daily when working and talking and reading the news. Part of a BA is the otherwise rare opportunity to learn about a field directly from world experts in that field, and the people in the Classics department are I think some of the best at teaching from their expertise. Even working well outside Classics, what I’ve learned from it stays with me."

Why Study Classics at CU Boulder?

The writing, art, and practices that emerged in the ancient Mediterranean all continue to be influential on the modern world. Its rich literature continues to be read, performed, and adapted today, from the epics of Homer and Virgil to the tragedies of Euripides and Seneca, from the histories of Thucydides and Livy to the philosophical discourses of Plato and Cicero. Ancient art remains a significant force on the development of the visual arts, in media as diverse as music videos, movies, and modern art, from Pablo Picasso to Cy Twombly. And the ancient Mediterranean witnessed dramatic historical developments that remain relevant today: the emergence of multicultural empires, democracy and the republic, citizenship and slavery, Christianity and Islam.

The Department of Classics offers an array of fascinating courses as well as rigorous training in the discipline, and offers courses in the history, art, archaeology, and philosophy of the classical world. Undergraduates can choose among three major tracks: Greek and/or Latin Language and Literature, Literature, Culture, and Thought or History, Art, and Archaeology.

Why else? In the Classics department you will find a small academic home in a large university, where you will get to know your fellow students and your professors. The faculty and staff of the department will take an interest in your academic career at CU and will help you to pursue your goals before and after you graduate.

“Who designed the water faucet? How did a Caesarean section get its name? Was Homer really blind? Why should you beware of Greeks bearing gifts? The answers to these and many other questions are yours for the knowing if you major in Classics - the study of the languages, literatures, and cultures of ancient Greece and Rome. A Classics major offers the opportunity to explore the beliefs and achievements of antiquity, and to learn just how profoundly they still affect contemporary life. If you major in Classics, you’ll learn Greek or Latin (or both).... You’ll also read the great literary and philosophical works composed in these languages. You’ll study ancient art, architecture, and technology, too, and you’ll learn about Greek and Roman legal systems, social institutions, religious practices, and class distinctions.” - The Princeton Review

The Classics Department also enjoys a reputation for outstanding teaching and scholarship. Among the faculty are a Professor of Distinction, a MacArthur ‘genius grant’ winner, fellows for the American Council of Learned Societies, the American School of Classical Studies at Athens and the National Endowment for the Humanities, and many book and teaching awards from both CU Boulder and beyond.

The classics department also encourages interdisciplinary research and education for all students and faculty, and is home to faculty with affiliations across the college, such as History, Germanic and Slavic Language and Literature, Art and Art History, Philosophy, Humanities and Linguistics.

For the undergraduate students pursuing a degree in classics, there are a number of opportunities beyond just class work:

"We can’t overestimate the value of a Classics major. Check this out: according to the Association of American Medical Colleges, students who major or double-major in Classics have a better success rate getting into medical school than do students who concentrate solely in biology, microbiology, and other branches of science. Crazy, huh? Furthermore, according to Harvard Magazine, Classics majors (and math majors) have the highest success rates of any majors in law school. Believe it or not: political science, economics, and pre-law majors lag fairly far behind. Even furthermore, Classics majors consistently have some of the highest scores on GREs of all undergraduates." - The Princeton Review

Graduates from the Department of Classics graduate with terrific job skills because they have learned not only to pay attention to detail but also to analyze and interpret; because, through their study of Greek and Latin, their knowledge of language and its use will be vastly improved; and because they have pondered the irrational, noble, corrupt, idealistic, mundane and creative qualities that characterize the contributions of ancient Greece and Rome to world culture.

Many of their majors at CU go on to graduate school in Classics, Archaeology, English, History, Comparative Literature, Philosophy, Information Science or Museum Studies. Alumni who began their careers as Classics majors have also gone on to become doctors, lawyers, teachers and administrators, members of the diplomatic service, engineers, businesswomen and men, and entrepreneurs of all types. Undergraduates interested in law or medicine will be especially pleased to discover that law schools and medical schools have a long history of accepting Classics students.

The average expected salary for someone with a bachelor's degree in Classics is $64,000, according to the 2019-20 College Salary Report by PayScale Human Capital. 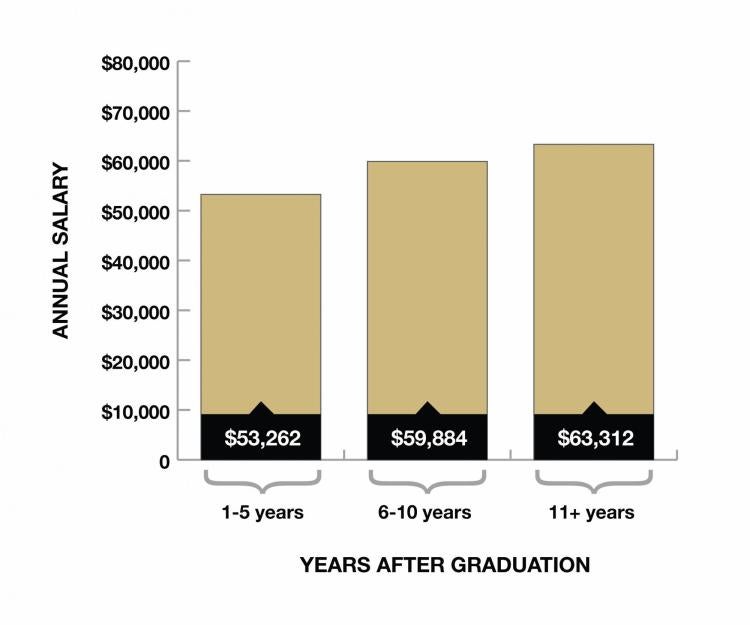 The estimated median salaries, as reported on Tableau, for Classics graduates for 1 to 5, 6 to 10, and over 11 years out from school.

At CU Boulder, Classics graduates earn slightly more than the nationwide average of comparable majors as reported by PayScale. CU Boulder alumni in this discipline earn an estimated annual salary of $81,362, based on a pool of 96 alumni who graduated between 1989 and 2018. This amount, though, is lower than the average for all CU Boulder graduates with a bachelor's degree, according to a survey by Esmi Alumni Insight of 25,000 alumni who graduated during the same stretch.

The classics department has an extensive list of alumni that are either working or have worked in a variety of industries across the globe. Some alumni of the program include: