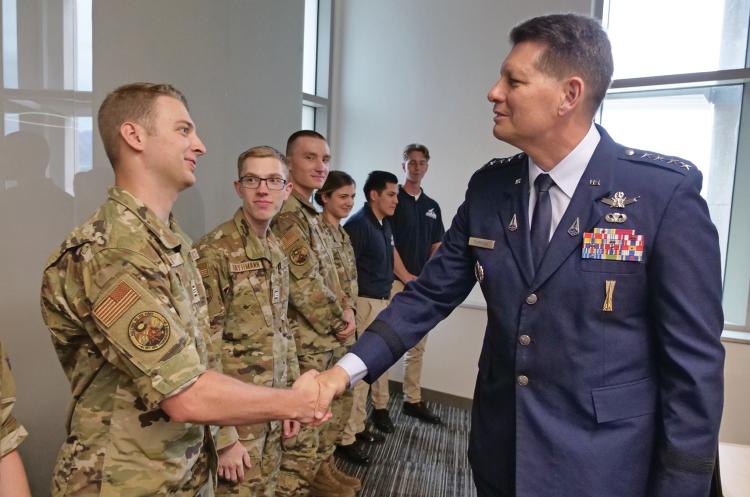 The University of Colorado has joined a new effort to help safeguard the newest frontier in national security—space. Researchers from CU Boulder and other CU campuses are participating in the Space Force University Partnership, a program led by the United States Space Force, the youngest branch of the armed forces.

The U.S. Space Force, launched in 2019, relies on service members called Guardians who often have backgrounds in science, technology, engineering and math (STEM) fields. Through this research partnership, CU Boulder will expand its offerings preparing tech-savvy young people with an eye for the stars.

Universities were selected based on four criteria: the quality of STEM degree offerings and spacerelated research laboratories and initiatives; a robust ROTC program; a diverse student population; and degrees and programming designed to support members of the military, veterans and their families as they pursue higher education.