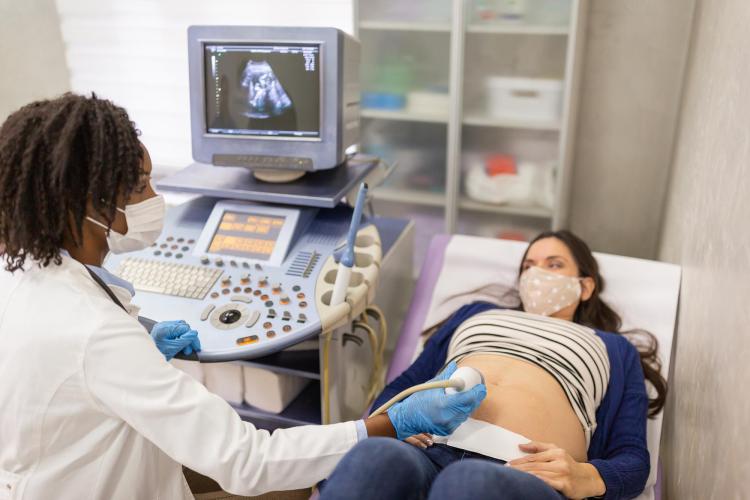 As states grapple with the fallout from the overturning of Roe v. Wade in summer 2022, a CU Boulder sociology professor has major concerns about the effect on pregnant women’s mortality.

In research published last year, Amanda Stevenson found that banning abortion nationwide would lead to a 21% increase in the number of pregnancy-related deaths overall and a 33% increase among Black women.

The study, published in the journal Demography, estimated only the portion of increased deaths that would be due to complications of being pregnant and of delivering a baby. Any increased death due to unsafe abortions or attempted abortions would be in addition to these estimates.

“The takeaway here is that if you deny people abortion, pregnancy-related deaths will increase because staying pregnant is more dangerous than having an abortion,” said Stevenson, an assistant professor of sociology.

Several states had already enacted restrictive abortion laws before and after last summer’s legal ruling. For instance, Texas had one of the nation’s most restrictive laws, banning the procedure after about six weeks—a time when many women don’t yet know they are pregnant.

Stevenson, a demographer who studies the impacts of reproductive health policies, said media outlets and some supporters of abortion rights often raise the specter of dangerous “back alley” or self-induced abortions. In reality, deaths from such incidents, which numbered in the hundreds annually before the 1973 ruling in Roe v. Wade, are expected to be far less common today due to the advent of safe, self-managed abortions using medications, including Misoprostol, available via prescription or online.

“We expect a lot of people will turn to these safer forms of self-managed abortions, but a lot of them will also just stay pregnant,” said Stevenson, a fellow with the Institute of Behavioral Science. “What happens then?”

New research underway indicates the numbers could be much higher.

“In research in progress, I’ve found that—accounting for miscarriage and fetal death—staying pregnant is more than 30 times deadlier than having an abortion.”

Stevenson’s research published in Demography also notes that those most likely to seek abortion care, including women of color, poor women and those with chronic or acute health conditions, are also more likely to encounter serious complications during pregnancy. If more people at higher risk of pregnancy-related death have no choice but to remain pregnant, the rate of pregnancy-related death could increase.

The study estimated that in the years following a national ban, an additional 140 women would die annually from pregnancy-related causes, bringing the death toll to 815, a 21% increase. Among non-Hispanic Black women, pregnancy-related deaths would increase by a third.

Black women are more likely to seek an abortion for a variety of reasons, including unequal access to opportunities like housing, education, jobs and health care, Stevenson said. Meanwhile, the mortality risk of carrying a pregnancy to term is more than three times as high for non-Hispanic Black women compared to non-Hispanic white women.