A MOSAiC View of the Arctic

A MOSAiC View of the Arctic

Collaboration + support
Cooperative Institute for Research in Environmental Sciences (CIRES); researchers and resources from 20 countries around the world 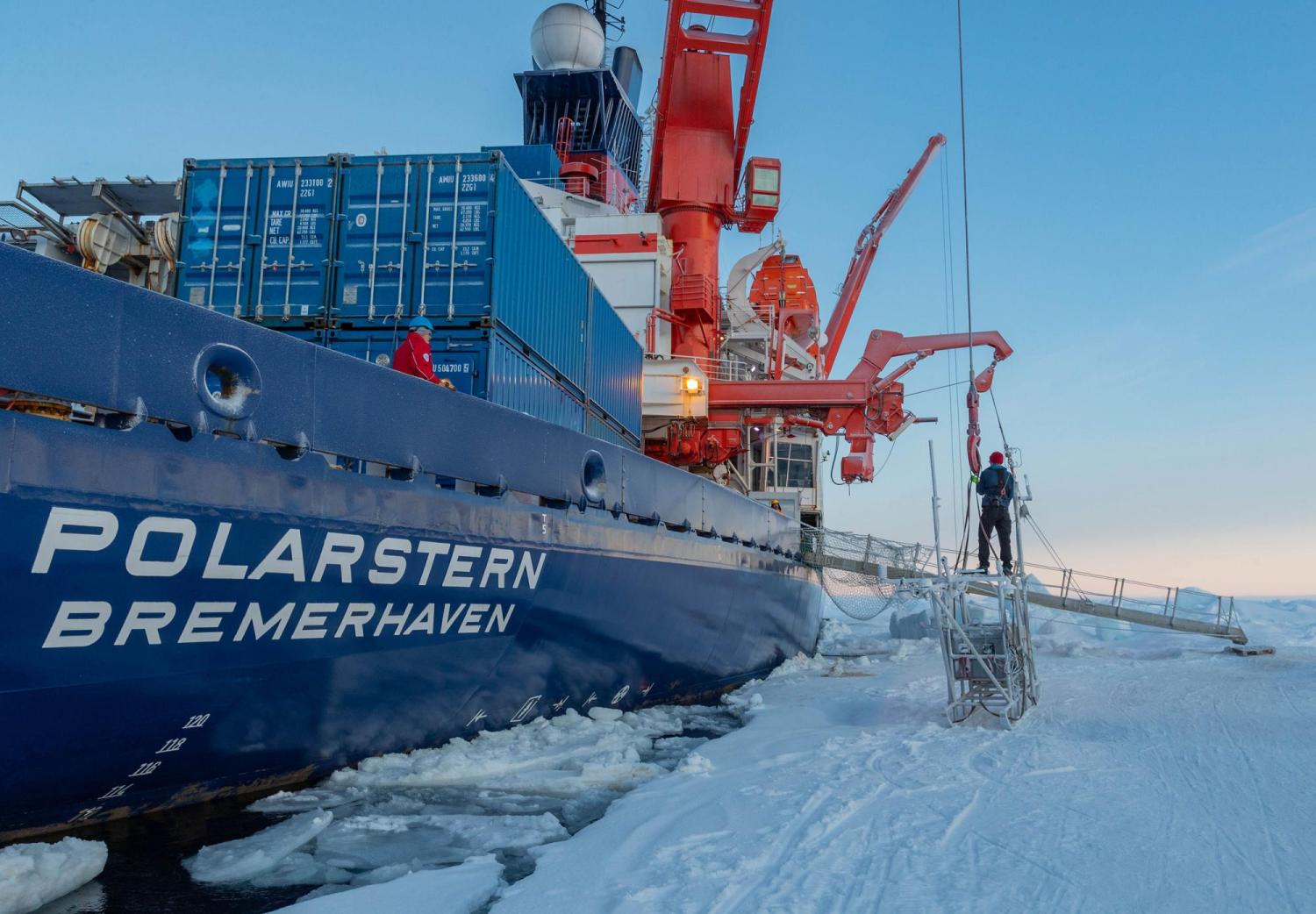 In a mosaic, stunning images emerge from tiny colored tiles pieced together. A face or landscape only takes shape with the painstaking arrangement of countless tiny fragments of glass or clay.

In Multidisciplinary Drift Observatory for the Study of Arctic Climate, or MOSAiC, the international Arctic climate expedition, the analogy holds. Scientists gathered data for an entire year in one of the least studied parts of the planet, within the sea ice of the Central Arctic Ocean. Bits of new knowledge accumulated—a megabyte of temperature measurements here, a few kilobytes of snow depth data there. And then there were oceanographers, ecologists, biogeochemists, sea ice experts, modelers—all conducting research within a fractured, dynamic Arctic ice pack.

“By bringing together scientists from so many disciplines, we are able to dig much deeper into the emerging Arctic system, where cross-cutting processes are both responsible for dramatic change and control the implications of that change on global weather patterns, the ecosystem and so much more,” said Matthew Shupe, co-coordinator of MOSAiC.

Shupe, a CIRES scientist who works in the NOAA Physical Sciences Laboratory, worked for more than a decade to make the MOSAiC expedition happen. The German Alfred Wegener Institute provided international leadership for the mission; U.S. participants were funded primarily by NSF and DOE. Of the 300+ experts who participated, nearly two dozen hailed from CU Boulder. The base of field operations was the German icebreaker Polarstern, which was frozen into the sea ice to drift for the year.

In November, as sunlight disappeared, a polar bear visited one of the atmospheric science sites. “It appears that the bear was ... most intrigued by the exhaust system,” CIRES scientist Sara Morris wrote. “We have snapped cables and a dismembered exhaust system to repair.”

In the dark of January, an arctic fox chewed through cables at a meteorological site. CIRES scientist Chris Cox shared a damning photo with teammates back home. “The blue speck on the fox's right shoulder is insulation from the cables it chewed,” Cox wrote. “It is quite an adorable menace.”

In February, it was ice that chewed up equipment, as sea ice movements tipped over one of the “sleds” that held together a tangle of atmospheric science instruments on a distant ice floe. “The met(eorological) sensors are torn up really bad, either unsalvageable or close-to-unsalvageable,” CIRES scientist Michael Gallagher wrote. “The sonic is... really dead, partly under ice chunks, so hard to assess further. Same for the radio antenna... We of course have a plan...“

The sun was up again by April when CU Boulder PhD student Gina Jozef took over leadership of unmanned aircraft flights with CU Boulder-built DataHawks, which collect atmospheric data over ice and ocean. “I would like to say things went smoothly but unfortunately, that was not the case,” she wrote. “Two catastrophic failures in my two first attempted flights,” she wrote. “I didn’t let the frustration take over me, and instead spent the rest of the day and next morning assembling two new planes so we could try again the next day.” 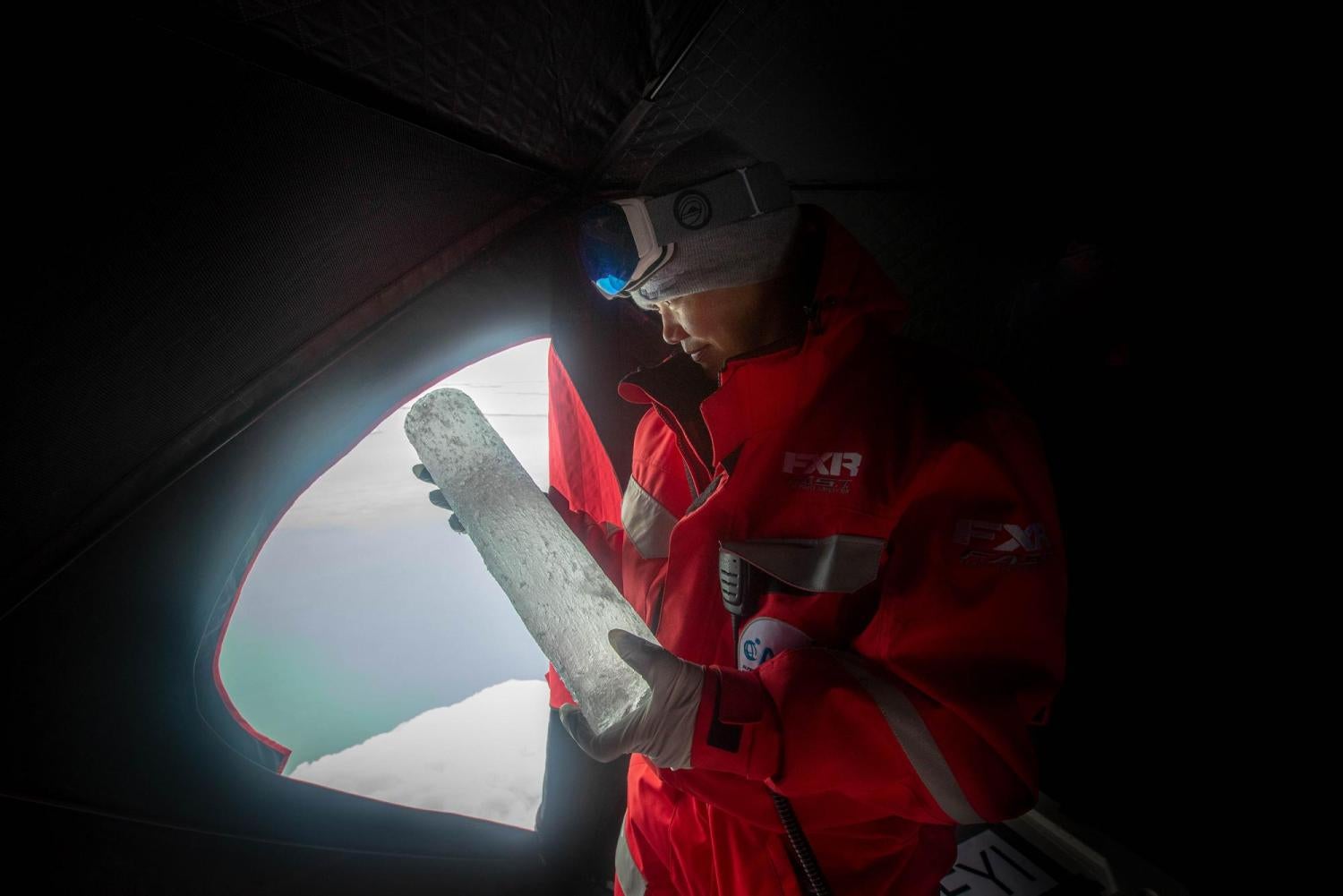 Shupe, who had worked on setup during the first months of the mission, was back aboard in May, after a two-week coronavirus quarantine in Germany. “Fortunately, our people out in the Arctic are at one of the safest places on Earth, and we intend to keep it that way,” Shupe wrote. “But, now the Earth, and MOSAiC, have both changed in the 4 months that I’ve been home. Equipment has been destroyed. The camp has been threatened by ice dynamics and we may eventually need to pack up and move back northward.”

Spring 2020 saw remarkable sea ice melt in the Arctic: The National Snow and Ice Data Center at CU Boulder, also part of CIRES, reported the second-lowest extent of Arctic sea ice on record since satellite measurements began in 1969. As the summer melt season really set in and Polarstern approached the rapidly melting ice edge, the ship had to be moved farther north for the last several weeks of the mission to better capture the dynamics of ice refreezing.

By the time Polarstern returned to its home port in October 2020, the expedition had collected data and knowledge to fuel decades of investigation and interpretation by scientists across the globe. While the adventure on the ice may be over, the work of turning that knowledge into understanding and action is just beginning.