Learn more about the department's admissions process, including our response to COVID-19 and opportunities for diverse students.

Click on the event and a new window will come up with: 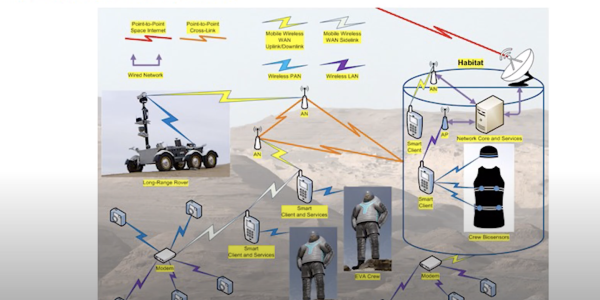 Read More
The application emphasis is for the support of space agency (NASA, ESA, JAXA, CSA, DLR, CNES, etc.) human exploration missions and for Public Safety. Activities include fundamental research in PHY layer transmission optimization for range and throughput, the application of AI/ML for multi-layer optimization, and the development of a general solution and architecture for Dynamic Spectrum Sharing (DSS). Applied research focuses on standards (CCSDS) specification development and interoperability testing. 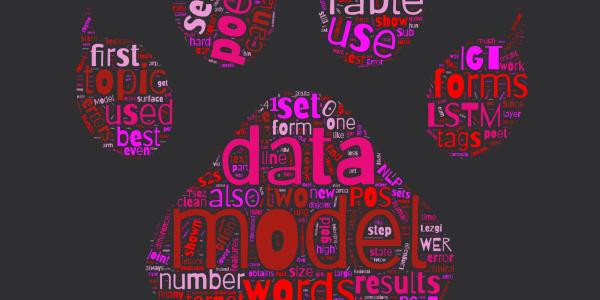 We will mainly be recruiting students with a degree in computer science, linguistics, or maths, but might consider students from other backgrounds on a case-by-case basis.

At NALA, we develop computational models for the understanding and generation of natural language. 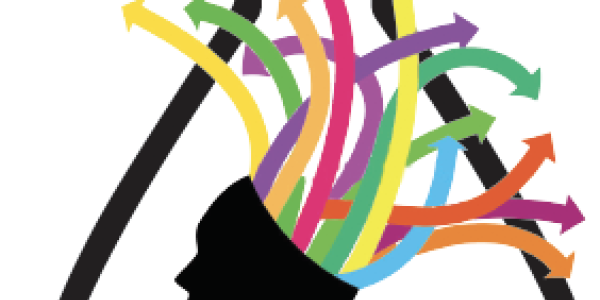 Professor Robin Burke is seeking students with research interests at the intersection of algorithmic fairness and machine learning, specifically in the area of recommender systems/personalization. Interest in computational social choice would be plus.

That Recommender Systems Lab investigates recommender systems and other personalized systems, especially as these systems are deployed in complex and socially-sensitive settings, such as philanthropy, news and employment. Our current projects center on multistakeholder recommendation, and in particular, fairness-aware recommendation. We invite applications for funded PhD positions in the area of recommender systems fairness, including both computational and qualitative/HCI approaches. Applicants from groups traditionally underrepresented in computing are encouraged to apply 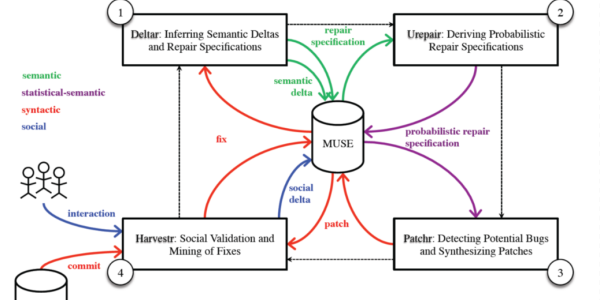 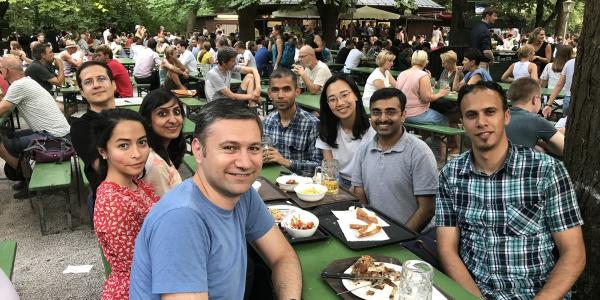 Assistant Professor Majid Zamani's lab is focused on the formal verification and synthesis of autonomous systems. 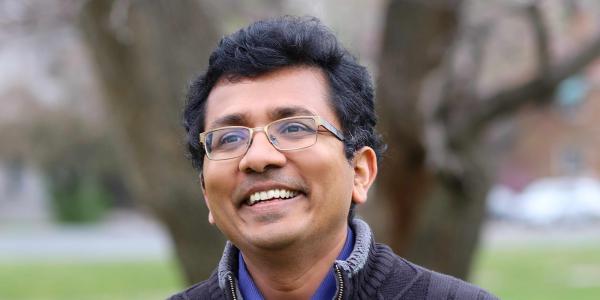 The Foundations of Autonomous Systems lab works on a mix of theory and applications of autonomy.

Read More
Autonomous systems like self-driving car, artificial pancreas system or autonomous robots are prevalent in everyday world. How do we assure safety? From the theoretical side, we are looking into symbolic logics, automata theory and application of ideas from control theory to verifying properties of these self-governing systems. From the practical side, we engage a variety of researchers from robotics, aerospace engineering, cognitive science and endocrinology to help understand the application of these theoretical ideas to proving correctness of real systems. 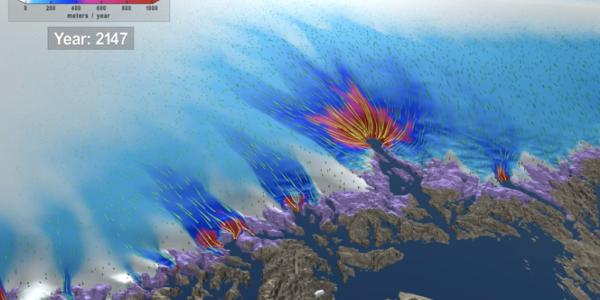 The Physical Prediction, Inference and Design group develops methods and community software for solving arising in physical and engineering sciences.

Read More
Much of this work has an element of high-performance/parallel computing and numerical analysis to design robust methods and implementations. The research is usually interdisciplinary and collaborative in the sense that group members take classes and engage significantly outside the CS department (e.g., Earth sciences, materials science, aerospace) so as to develop durable, sustainable solutions at appropriate levels of abstraction. 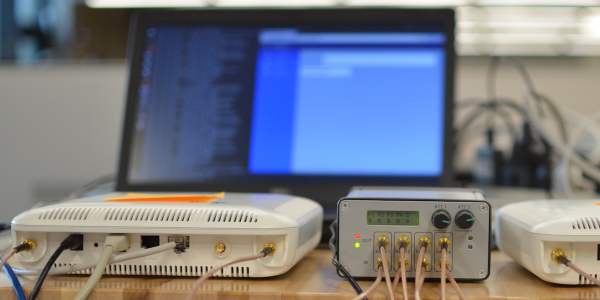 The Computer Systems Lab at CU consists of about 14 faculty whose expertise generally lies in building practical computer systems. 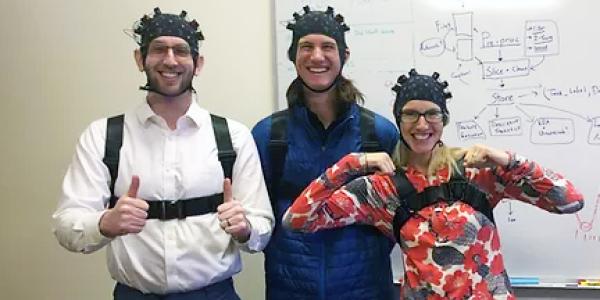 SHINE Lab's research explores the use of non-invasive brain measurement to passively classify users’ social, cognitive and affective states in order to enhance usability testing and the design of adaptive systems design.

Read More
The HCI Research in the Institute for Student AI-Teaming is focused on orchestrating successful student and teacher interactions with AI. We work primarily with functional near-infrared spectroscopy (fNIRS), a relatively new non-invasive brain imaging device that is safe, portable, robust to noise, which can be implemented wirelessly; making it ideal for research in human-computer interaction. The high density fNIRS equipment in the SHINE lab provides rich spatio-temporal data that is well suited as input into deep neural networks and other advanced machine learning algorithms. Our interdisciplinary research draws from areas such as neuroscience, psychology, human-computer interaction, and human factors. We also use machine learning and reinforcement learning for predicting social, cognitive, affective states (like workload, trust, frustration), and for building AI systems that react ‘appropriately’ to a human’s mental state. Ultimately our research aims to improve human performance during human-computer interactions and in the human-agent teaming domain. 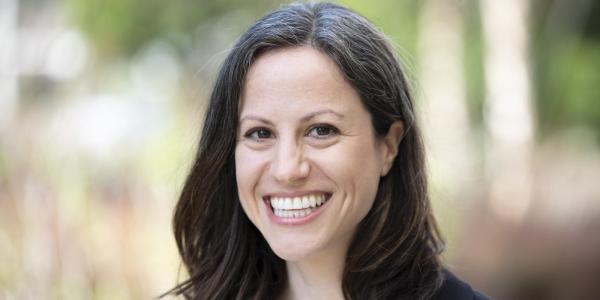 We are recruiting PhD students!

Our aim is to create computing systems that enable and accelerate the analysis of visual information, as a critical precursor to discoveries and innovations that can benefit society at large. 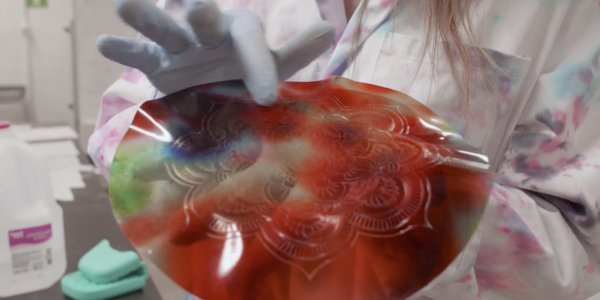 We are looking for students with backgrounds in Biology, Biochemistry and BioComputing/BioInformatics.

The Living Matter Lab investigates the extent to which we can change healthcare to make it a personal process.

Learn More
The research focuses around microfluidic biochips, devices that enable direct interaction of humans with their microbiome for diagnosis purposes. So far, we have built systems based on biochips to serve as personal laboratories: small portable devices that people can own and use to develop customized bio-protocols ("bio-apps"). 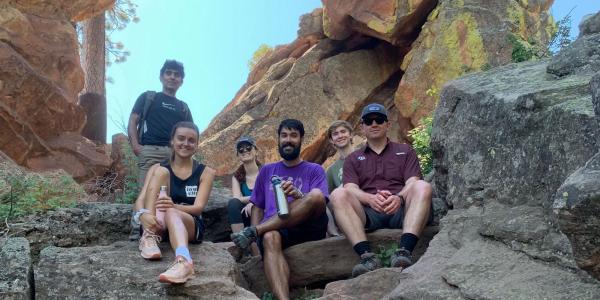 The Layer Lab develops algorithms for large-scale genomic data exploration in a range of populations, from sick kids to wildlife populations. 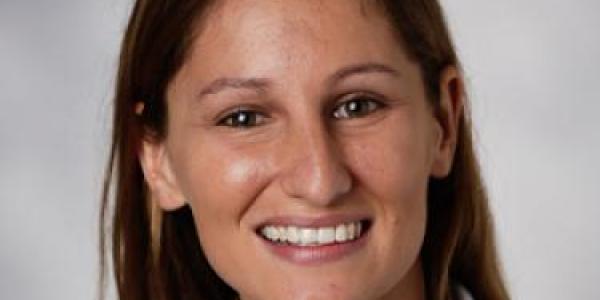 We are looking for people with background in either computer architecture, security, or information theory.

We are working on the intersection of computer architecture and security. Specifically we are looking to incorporate security metrics into a processor simulator, as well as develop a security focused benchmark suite. 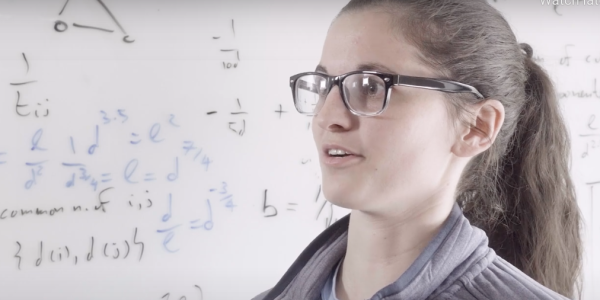 Our faculty and students research all aspects of theoretical computer science, from core areas such as algorithms, complexity, and cryptography, to connections with other fields such as machine learning, algebraic geometry, economics, dynamical systems, biology, and control theory. Read More
We are interested in the dynamic interplay between cognition and emotion while individuals and groups engage in complex real-world tasks. We apply insights gleaned from this basic research program to develop intelligent technologies that help people achieve to their fullest potential by coordinating what they think and feel with what they know and do. 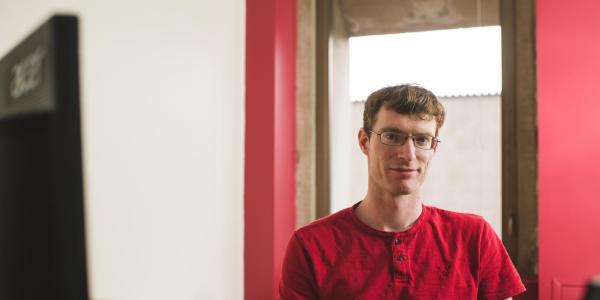 If you have an interest in learning more about how network technologies can be used to directly improve peoples' lives around the world, please apply or reach out!

I do research on computer and network security, with a focus on censorship circumvention. We have been researching and building new kinds of circumvention proxies, and deploying them to the real world to be used by people in censoring countries. 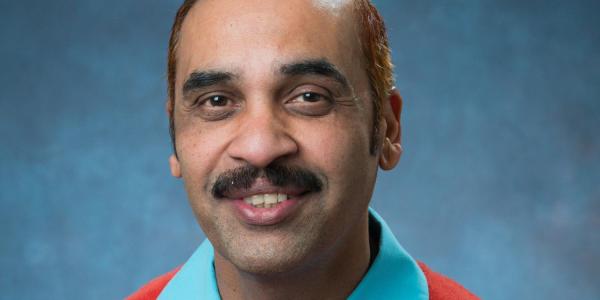 I have multiple openings for Ph.D. students in the areas of edge computing, mobile and pervasive computing, IoT, cybersafety and social computing. Please check out my current research on my webpage and then contact me. 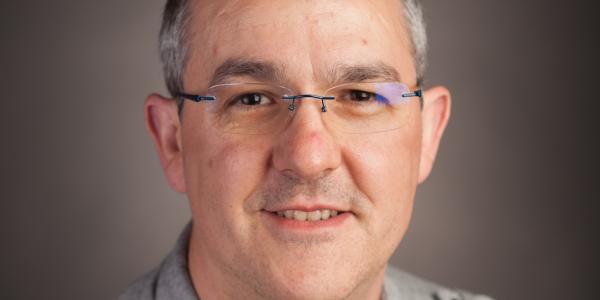 I’m looking for students who are excited to work at the intersection of Software Engineering tools for ML and Data Scientists.

It is widely known that at least two-thirds of software costs are due to evolution, with some industrial surveys claiming 90%. ML software and models need to evolve to respond to internal & external changes.

Read More
An important example of evolution is to migrate code to use the newer version of ML libraries or to optimize performance. Due to many non-backwards- compatible API changes, this often requires engineers to rewrite their code & models from scratch. Our goal is to mechanize such tasks that are expensive, time-consuming, and error- prone. We first automatically mine evolutionary code changes from a wide repository of open-source ML codebases. Grounded on these formative studies, we will design, implement, and evaluate refactoring tools to help engineers evolve their codebases safely and effectively. 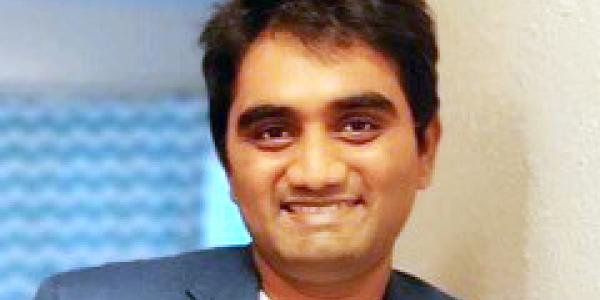 My research is driven by the curiousity to apply PL and FM way of thinking to solve hard problems in other domains of Computer Science, such as Distributed Systems, Databases, and Artificial Intelligence.

Read More
In my current research, I am exploring how provably-correct and scalable distributed applications can be built with least amount of programming effort. The research has practical implications to the up and coming area of decentralized trustless computing. 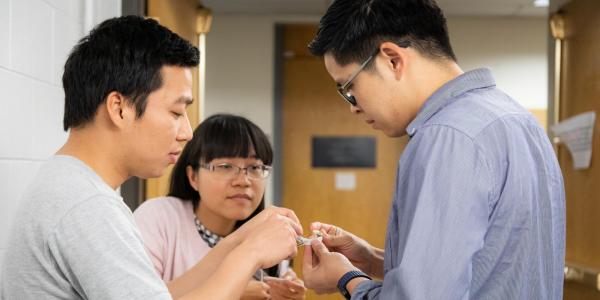 Join Graduate Program Manager Rajshree Shrestha to learn more about the Master of Science degrees offered in the department. 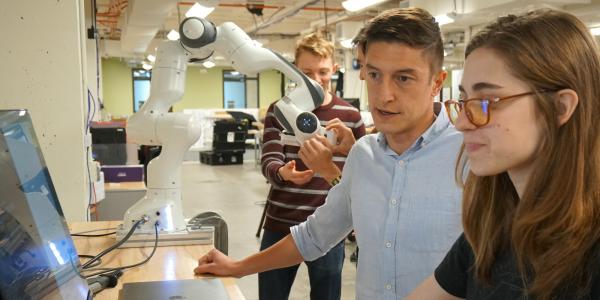 Learn more about pursuing a PhD in computer science at CU Boulder. 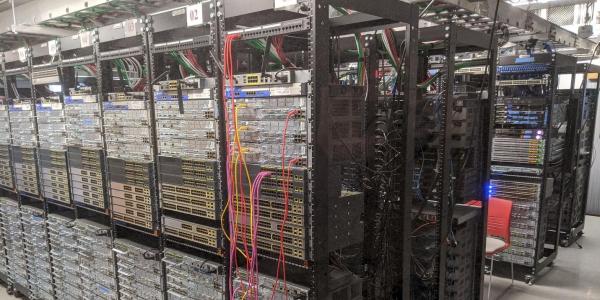 Join Scholar in Residence Levi Perigo to learn more about our master's in network engineering. 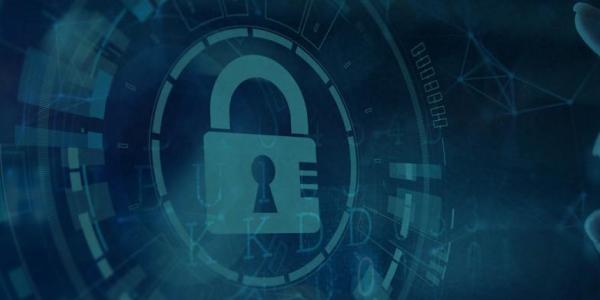 From security-minded business and policy leaders to technical cybersecurity professionals, over 17,000 positions paying three times the national median salary remain unfilled in Colorado, with many more globally. The master’s in TCP will prepare you for these roles regardless of your background.

Read More
You will learn how to defend people, organizations and nations from adversaries. You will be equipped with the best methods, technologies and strategies to assess threats, mitigate vulnerabilities and understand complex systems and policies. Adversarial thinking, professional communication and critical problem solving will be central to your education. 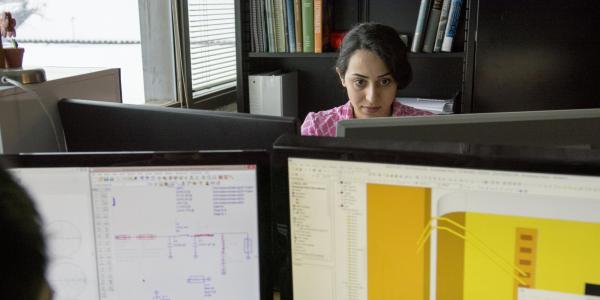 Learn more about the campus' Professional MS in Data Science with on-campus and coursera options. 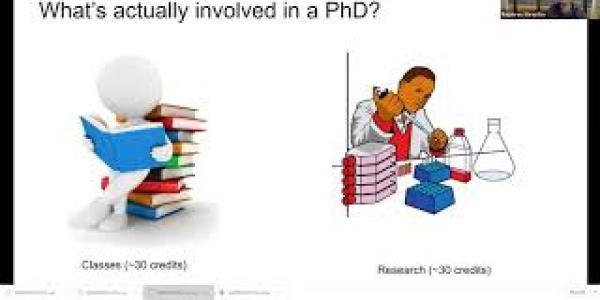 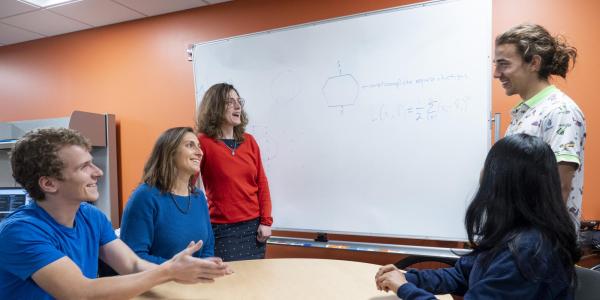 What Are Professors Looking For?

Join computer science and BioFrontiers Assistant Professor Dan Larremore for a discussion of how to choose good research questions, as well as what faculty are looking for in PhD or postdoc applicants. 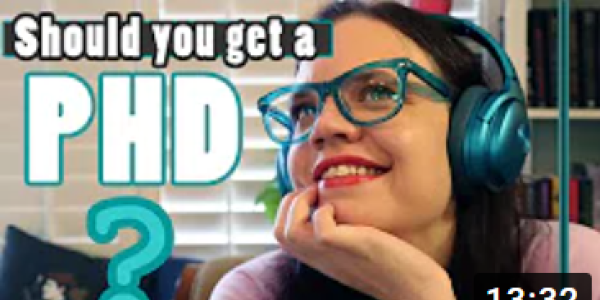 Casey Fiesler, assistant professor in information science and computer science, shares her advice on how to choose the PhD program that's right for you, tips on writing a good statement of purpose and more in this YouTube playlist. 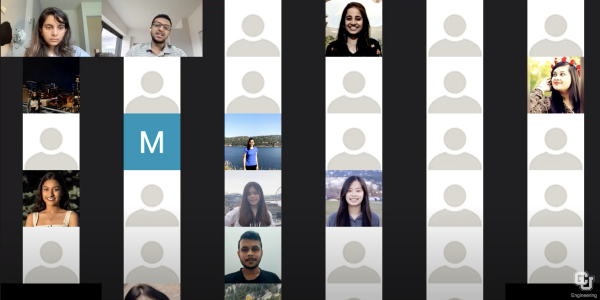 These are the recording of talks given as part of our alumni series where folks share their experiences on how they applied for internships/jobs and how they reached where they are today!