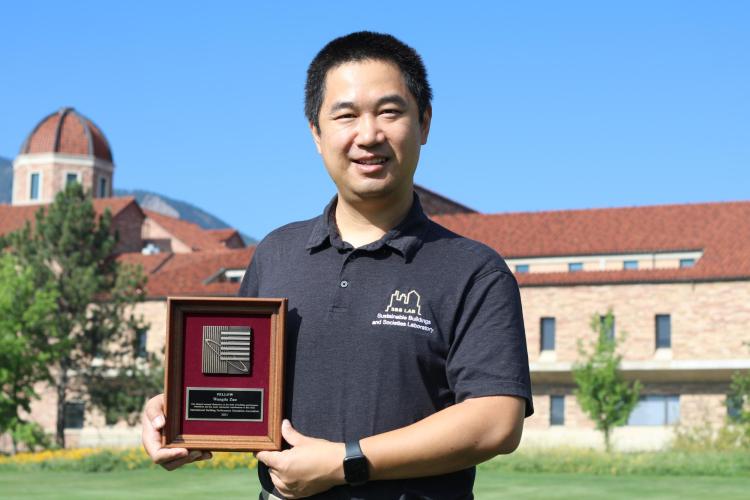 Associate Professor Wangda Zuo has been elected a fellow of the International Building Performance Simulation Association.

IBPSA is a non-profit international society of building performance simulation researchers, developers and practitioners dedicated to improving the built environment.

He has been serving as IBPSA Treasurer and Affiliate Director representing the United States since 2016. He is the founding Chair of the IBPSA-USA Research Committee (2014-2018) and former Chair of ASHRAE TC 4.10 Indoor Environment Modeling (2019-2021).

Zuo joined the Department of Civil, Environmental and Architectural Engineering at CU Boulder in 2017 and also holds an appointment in the Buildings and Thermal Sciences Center at the National Renewable Energy Laboratory.

His election will be officially recognized at the IBPSA Building Simulation 2021 conference in Bruges, Belgium, being held Sept. 1-3, 2021.