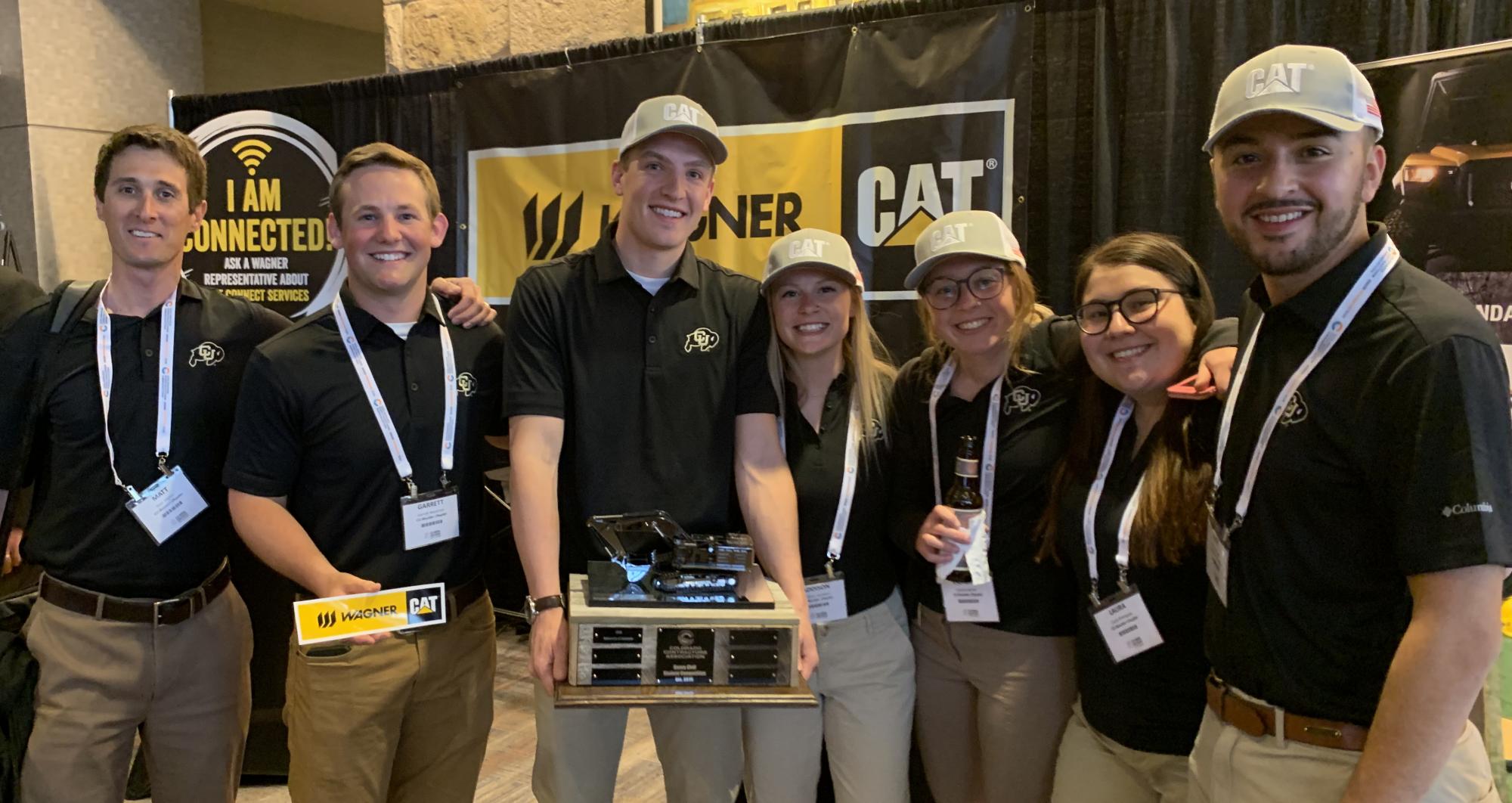 The “RamSlayers” earned their name this week in a heavy civil competition hosted by the Colorado Contractors Association.

The team of senior civil engineering majors beat out teams from Colorado State University – home of the Rams – and CSU Pueblo to take home the overall trophy and bragging rights, as well as a $1,000 scholarship for each team member.

The competition gave the teams a few weeks to assemble a proposal to build a real bridge and highway intersection in Golden, Colorado, at U.S. Highway 6 and 19th Street. This was an actual project with the Colorado Department of Transportation, the City of Golden and contractor Kraemer North America that was completed in 2017.

The students were acting as the proposing general contractor and were required to submit a written proposal consisting of a cost estimate, schedule, risk analysis, safety plan, quality plan and construction approach. On April 1, they gave a presentation to CCA conference attendees, who judged them on their written proposal and presentation.