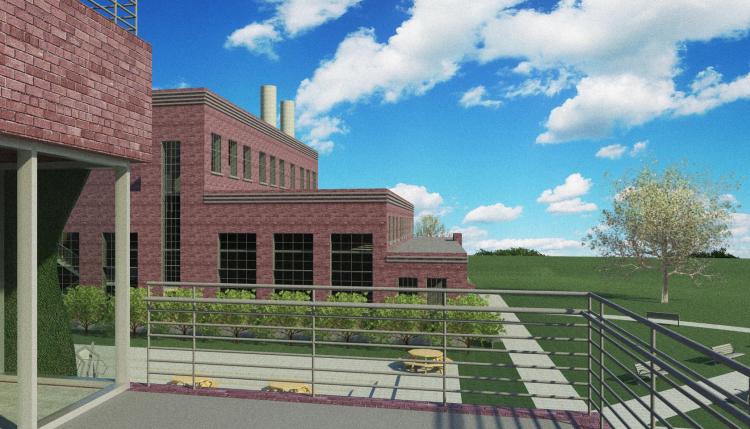 Grieble and Co. may not be a real company, but they sure look good on paper.

That’s the name five CU-Boulder students gave their fictitious company for the Design-Build Institute of America’s National Student Competition, held in November 2015. The competition challenged teams to use design-build methods to submit a proposal for a college science building.

Team member Mike Penner said he thinks the team’s ability to “sell” Grieble and Co. – named for team member Keegan Grieble – helped propel them to third overall in the competition. The team wrote a mission statement, put together a project portfolio and assembled biographies for their “staff members,” even going so far as to photograph older family members for an extra touch of realism.

“We understood that every team had the same technical aspects, so it came down to how could we sell ourselves the best,” Penner said.

The competition consisted of two stages, beginning with a request for qualifications (RFQ), which focused on the qualifications and strengths of the fictitious companies. The RFQs were judged by an industry panel, and the top teams were given about 10 days to respond to a request for proposals (RFP) for the project. RFPs were again judged by an industry panel, and the top team from each region was invited to present their proposals to the national judging panel at the 2015 Design-Build Conference & Expo in Denver at the Colorado Convention Center.

The competition proved to be an invaluable educational experience, Penner said. As a graduating senior, he is showing off the RFQ and RFP materials – which includes everything from budgets to floor plans – when he applies to jobs. The conference itself was also a great experience, he said.

“As a student at this conference, you have much more intimate access to companies,” Penner said. “You’re one of five, instead of one of hundreds at a typical career fair.”

The group is looking for new team members, in the hopes that they can return to next year’s national competition in Las Vegas. Students interested in participating should contact Professor Keith Molenaar, the group’s advisor, at keith.molenaar@colorado.edu.