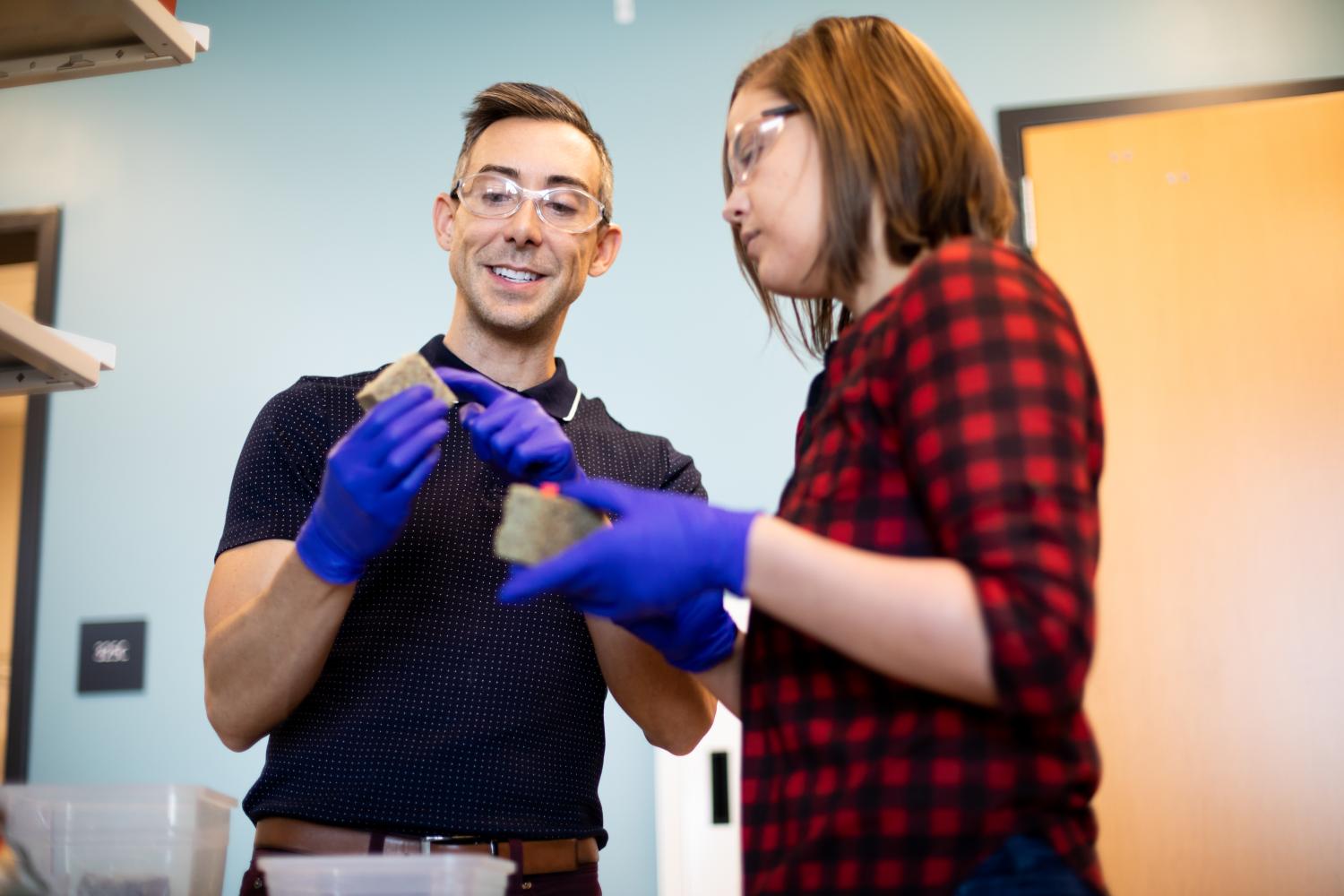 Srubar will use new NSF award to create carbon-sink concrete

Wil Srubar, an assistant professor in civil, environmental and architectural engineering and CU Boulder’s Materials Science and Engineering Program, has won a National Science Foundation CAREER Award – one of the most prestigious awards for young faculty.

Srubar plans to use his award to create new types of “living” building materials with environmental benefits.

His Living Materials Laboratory has seen success with using bacteria to make living concrete bricks that can heal themselves when cracked. Now, he wants to look at new ways to make traditional concrete sequester and store more carbon dioxide.

“My ultimate career objective is to transform the built environment from a carbon emitter into a carbon sink, while broadening the diversity, inclusion, education and training of next-generation materials scientists and civil engineers,” Srubar wrote in his CAREER proposal.

Concrete is the second-most consumed materials on Earth, after water. Its manufacture, use, and disposal account for about 6 percent of global carbon dioxide emissions.

But limestone, a common aggregate used to make concrete, is also largely composed of sequestered carbon dioxide. Srubar thinks they can make concrete sequester even more CO2 by making limestone-like aggregates using waste CO2 and biological processes that helped create the limestone in the first place.

Srubar will also use the CAREER award as an opportunity to expand his mentorship of students that are underrepresented in engineering and implement a new team-based approach in his lab that supports both graduate and undergraduate students.

“As both a first-generation college graduate, member of the LGBTQ community and former NSF Graduate Research Fellow, I am wholeheartedly committed to providing research mentorship opportunities to underrepresented students in science and engineering,” Srubar said, adding that more than half of the students working in his lab are from groups underrepresented in engineering.