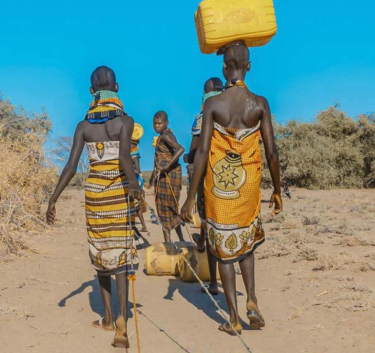 Millions of Kenyans do not have reliable water access. Many have to use ponds, rivers, and shallow wells to obtain water. These often run dry during Kenya’s dry seasons, requiring people to commute to get water from deep wells. Sometimes this requires walking in excess of 20 kilometers to find water. Additionally, surface water sources carry a large risk of contamination. As Kenya’s population increases, it is important to improve their water access.

CEAE Professor Evan Thomas is using internet of things (IOT) technology to manage the water supply of three million people in northern Kenya. Thomas, both through his research as director of the Mortenson Center in Engineering for Developing Communities (MCEDC) and as CEO of the startup SweetSense is exploring ways to monitor and improve water management systems.

“One of the big challenges is management of that groundwater,” Thomas says.

Working with IBM Research--Africa, Thomas has installed SweetSense sensors on pumps across five counties in northern Kenya. These sensors are all connected to satellites, allowing monitoring the groundwater extraction volumes. This data is then complied through IBM’s WMaaSP system so officials can monitor the entire network. This allows them to understand where demand is high or where pumps have failed. This way, they don’t have to rely on people reporting broken or dry pumps and can quickly fix problems when they occur. 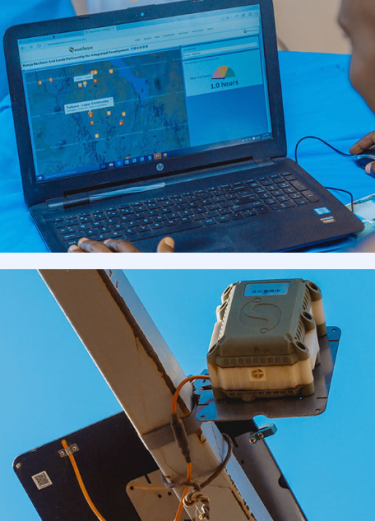 This interconnected pump monitoring is an example of increasingly popular IOT technology. IOT is commonly known by modern refrigerators that can communicate when certain items need to be restocked or thermostats that can monitor and change room temperature based on usage. However, this same technology could become a crucial resource for water management. The ability to monitor an entire network of water supplies from a central location will improve efficiency and provide a better understanding of the ways existing pumps can be improved. Additionally, potential issues can be identified and repaired before they become catastrophic.

Thomas explains, “Instead of spending $100,000 to drill a new borehole, you’re often spending mere hundreds of dollars to fix it.”

Finally, IOT will allow officials to track water demand, seeing when pumps are placed under the most strain and which are overworked or underutilized. They can use this data to install additional capacity in high demand areas, hopefully reducing the distance people need to travel to obtain water.

Thomas says, “Reducing downtime of the pumps even further increases value to the customer. This increased reliability discourages the user of the so-called non-revenue water, such as privately drilled non-permitted boreholes.”

Dr. Thomas was recently appointed director of the Mortenson Center in Engineering for Developing Communities at CU Boulder. With the MCEDC, his is focusing on improving water access, sanitation and energy sources throughout the world. For more information on his project in Kenya with SweetSense and IBM, read the sponsored CNN piece, Where the water flows.