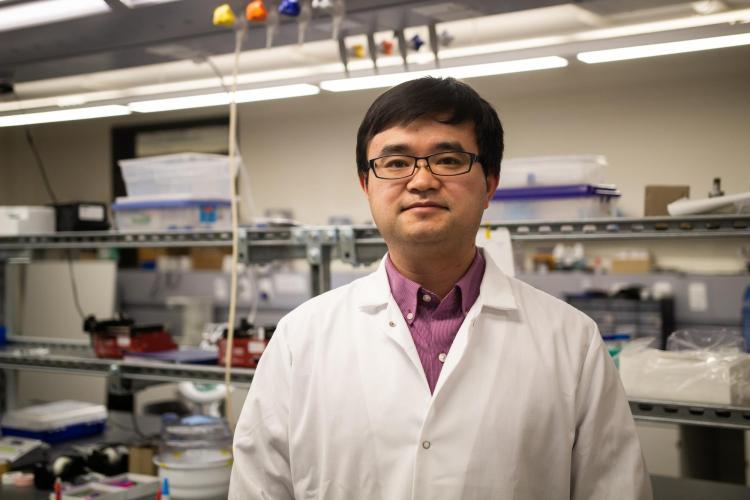 Diseases of the blood, like sickle cell disease, have traditionally taken a full day, tedious lab work and expensive equipment to diagnose, but researchers at the University of Colorado Boulder and the University of Colorado Anschutz have developed a way to diagnose these conditions with greater sensitivity and precision in only one minute. Their technology is smaller than a quarter and requires only a small droplet of blood to assess protein interactions, dysfunction or mutations.

Assistant Professor Xiaoyun Ding of the Paul M. Rady Department of Mechanical Engineering and Associate Professor Michael Stowell of the Department of Molecular, Cellular and Developmental Biology at CU Boulder, along with Associate Professor Angelo D’Alessandro of the Departments of Biochemistry and Molecular Genetics and Medicine, Division of Hematology at CU Anschutz, co-authored a paper about the technology, now featured as the front cover of Small.

This project began when Ding realized that a technology developed in his lab could increase the speed of cell protein analysis performed by Stowell and his research group. As Stowell and D’Alessandro got involved, new applications emerged, including disease diagnosis.

“In Africa, sickle cell disease is the cause of death in 5% of children under 5 years old for lack of early diagnosis,” said D’Alessandro. “This common, life‐threatening genetic disorder is most prevalent in poor regions of the world where newborn screening and diagnosis are rare.”

Sickle cell disease affects hemoglobin, the molecule in red blood cells that delivers oxygen to cells throughout the body. In some areas of the world where malaria is endemic, variants of hemoglobin have evolved that can cause red blood cells to assume a crescent, or sickle, shape.

“Almost all life activities involve proteins,” said Ding. “We thought if we could measure the protein thermal stability change, we could detect these diseases that affect protein stability.” 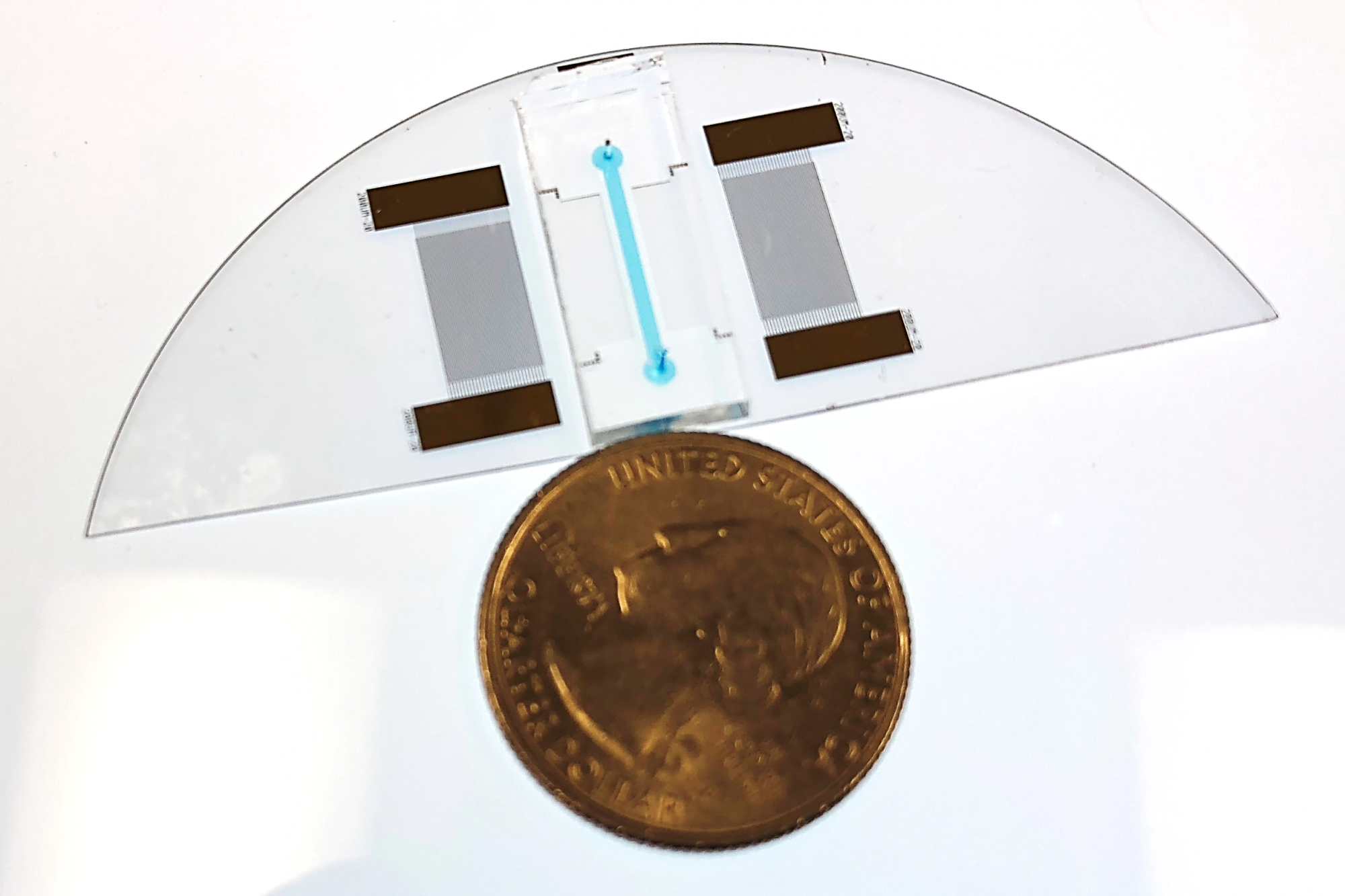 A completed Acousto Thermal Shift Assay device shown next to a quarter for size comparison. This tiny lab-on-a-chip device can detect protein thermal stability change to diagnose sickle cell disease in one minute.

Before recent developments, Stowell and his group, including researcher Kerri Ball, used Thermal Shift Assays to assess protein stability under varying conditions. Now, with the new technology, an Acousto Thermal Shift Assay, they can do the same but faster and with greater sensitivity.

The ATSA utilizes high-amplitude sound waves, or ultrasound, to heat a protein sample while concentrating the proteins that don’t dissolve. Device components include a channel where the sample is deposited and two electrodes on each side to generate the wave that applies acoustic heating and concentration.

“Our method is seven to 34 times more sensitive,” said Ding. “The ATSA can distinguish the sickle cell protein from normal protein, while the traditional TSA method cannot.”

Another benefit of the ATSA is cost reduction in terms of human labor and equipment.

“The traditional methods for thermal profiling require specialized equipment such as calorimeters, polymerase chain reaction machines, and plate readers that require at least some technical expertise to operate,” said Ball. “These instruments are also not very portable, requiring samples to be transported to the instruments for analysis.”

Ball said the ATSA requires only a power source, a microscope and a camera as simple as the one on your smart phone. Because the protein is concentrated, there is also no need to apply a florescent dye as is sometimes required to highlight protein changes in a traditional TSA.

Ding said it is thanks to his collaborators, experts in biochemistry and hematology, that they now know the full impact of the technology.

“This technique is an exciting development, because it represents a new and promising point-of-care platform for a rapid and highly sensitive diagnostic tool of sickle cell disease, and maybe for other hemoglobinopathies such as beta thalassemia too,” said D’Alessandro.

By working with the engineering team, Ball said she and her research group created tools to accomplish their goals in new and better ways.