CU Boulder mechanical engineering capstone teams working with nonprofit program Quality of Life Plus said they had two primary aims: making a tangible impact on a wounded veteran’s life and putting mechanical and manufacturing skills to the test.

Guided by QL+ Program Manager Court Allen, a retired Air Force officer, teams created a device enabling wheelchair users to carry luggage while traveling and a system that lifts a swimmer with a physical disability out of the water.

The QL+ mission is unique in that it enables service men and women to do the things they love, Allen said. QL+ refers to them as “challengers,” those wounded in the line of duty who come to QL+ with a problem students are then challenged to solve.

“Veterans Affairs helps veterans get prosthetics and wheelchairs, but they can’t focus on every little detail of a person’s life,” said Allen. “Something small and trivial to us could be very impactful to one of our challengers.”

Student teams across 13 universities, including two at CU Boulder, are paired with challengers. The QL+ model allows students to help veterans while also allowing the challenger to play an important role in allowing students to exercise engineering skills and gain experience working with a client.

“We like working with students, because they bring a unique and unbiased view to the problem,” said Allen. “I have been impressed by CU Boulder students’ depth of technical understanding and quality of learning at this point in their education.”

As QL+ continues to grow, the organization is recruiting veterans and first responders who have been injured or have a disabling medical condition.

Taking the hassle out of luggage transportation with a wheelchair 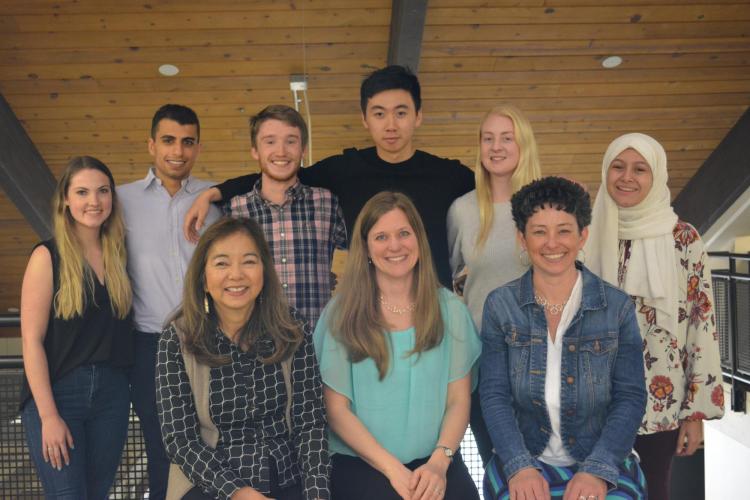 Tyler Wilson, a U.S. Army veteran, was shot and lost the use of his legs, but that hasn’t stopped him from cycling, monoskiing and competing in Spartan races. He has adjusted well to using a wheelchair but came to QL+ requesting a way to independently transport his luggage when traveling.

The device they designed attaches to the front frame of Wilson’s wheelchair, corralling checked luggage and supporting a carry-on bag weighing up to 50 pounds.

“Tyler emphasized that his wheelchair is an extension of himself,” said Glanville. “For this reason, we took extra care when designing.”

“We rounded off the device’s sharp edges,” said Alhalal. “We didn’t want Tyler’s 1-year-old son to bump into them and hurt himself.” 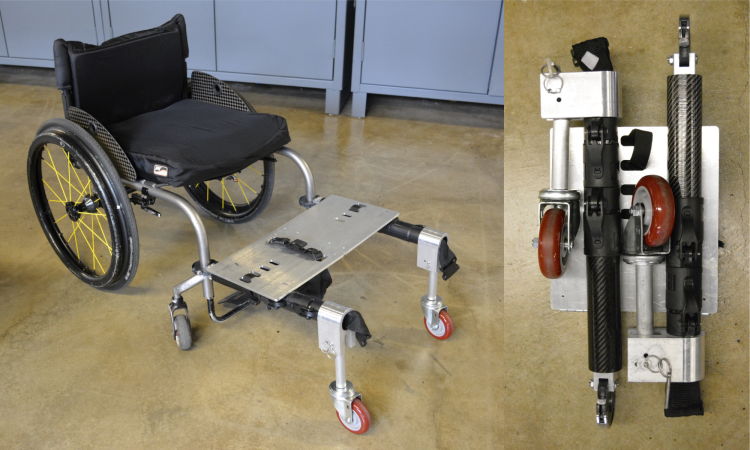 CU Boulder mechanical engineering capstone students designed a device to assist wheelchair users in carrying luggage. When folded, it fits in a backpack.

The device they made is fully collapsible, fits in a backpack, weighs 18 pounds and doesn’t interfere with the wheelchair’s center of gravity. To ensure it would work well in a variety of environments, the team tested it on concrete, tile, carpet, grass, in elevators, in bathrooms and up and down ramps. In total, they performed 160 tests with roughly 30 test subjects, performing nearly 370 total test trials.  They said users found the device to be both quicker and easier than transporting luggage without it.

“One of the biggest things I’ve learned is awareness of the everyday tasks those with physical disabilities must complete,” said Brendefur. “As an able-bodied person, I was ignorant of the difficulties that exist.”

“When I had to transport the wheelchair across campus, I decided to give it a try,” said Alobaidan. “I wanted to feel some of the challenges a wheelchair user might feel.”

At the Engineering Projects Expo on April 26, the team said they are most looking forward to sharing Wilson’s story and how QL+ has allowed them to help.

Kelly Roseberry, director of the Travis Mills Foundation Retreat in Maine, wished her husband and other amputees were able to participate in activities in the water. Roseberry came to QL+ as a challenger because she didn’t like seeing people left out. 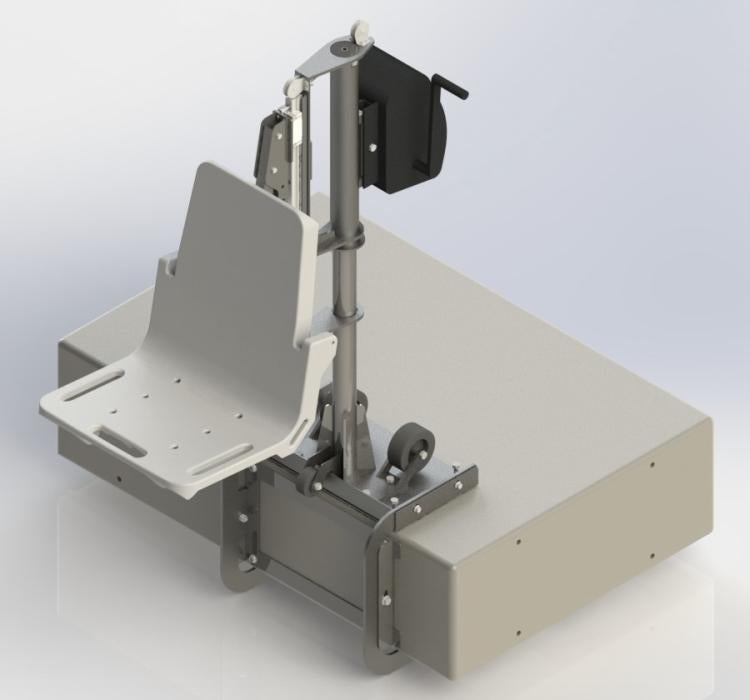 Quality of Life Plus mechanical engineering capstone students designed a system that attaches to a dock and is able to lift swimmers who are disabled from the water.

While most systems weigh close to 1,200 pounds, the system they designed weighs less than 200 pounds, enabling its use on a floating dock in a lake. The system also attaches without bolts, takes up a small footprint and functions with a simple hand crank. The team said their design is durable and should last 10 years assuming it is covered when not in use.

“Everything we could manufacture ourselves, we did,” said ALDuaij.

For this reason, the team said it was amazing seeing it fully assembled for the first time.

The team spent large amounts of time in the machine shop, learning to use mills, lathes, band saws and other equipment, but the team also learned patience, how to communicate better as a team and time management skills. They said they were grateful to their director, Tim Studebaker, for providing helpful guidance and remaining as excited about their engineering capstone project as they were.

Team member Andrew Lapham said one of his most memorable moments was getting to meet a quadriplegic who had previously been to the Travis Mills Foundation Retreat.

“It hit home when I was able to see who the end user was going to be,” he said.