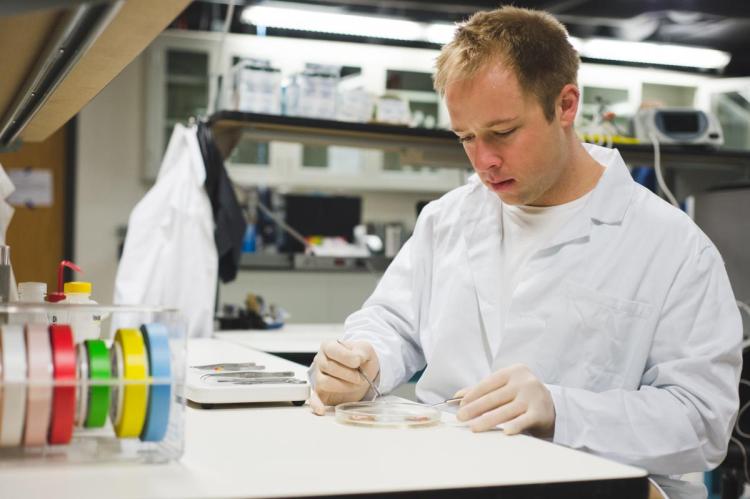 An excerpt from this paper is included below.

Biological tissue undergoes thermal loading in several manners ranging from surgical devices that heat or cool biological tissue to cauterize or ablate it, to natural causes such as hyperthermia or frostbite. Scientists and physicians seek to understand these processes and their impact on tissue mechanics to create novel, safer, and more effective medical devices and procedures. With tissue–device interaction becoming ever more prevalent in the form of more complex medical devices, wearable electronics, and implanted electronics, experimental testing is becoming increasingly expensive in time and resources. Computer simulations of these interactions, when calibrated to experimental data, provide essential insight into the underlying physics occurring in biological tissue when deformed and heated, allowing for streamlined design work and ultimately more effective devices and safer procedures. Additionally, models with the ability to accurately and quickly predict surgical outcomes will help satisfy the growing desire for patient specific, near real time, simulations for surgical procedures.

A good deal of biological tissue is nonhomogenous and typically contains several materials, often in different phases. For example, the artery wall has an extracellular matrix (ECM) made up of collagen, elastin, and glycosaminoglycans. While water is attracted to molecules within the tissue through polar interactions, it readily moves through interstitial spaces. Thus, this tissue can be considered as a porous medium. Studies attempting to model biological tissue, including vertebral disks, articular cartilage, lung tissue, arterial tissue, skin, tumor, and myocardial tissue as a porous medium exist throughout literature; however, these attempts have failed to completely represent the complex physics occurring within the tissue. Typically, models representing biological tissue as porous media fall into one of two categories. The first neglects deformation and only heat and/or mass transfer is represented. The second category of models uses solid mechanics and mass transport to model tissue deformation and coupled pore fluid flow, but thermal transport is not considered. To the authors’ knowledge, no model exists that demonstrates the coupled solid phase (ECM) mechanics, mass transfer, and heat transfer (thermoporomechanics (TPM)) occurring in biological tissue. In this paper, a small deformation, TPM finite element (FE) model with the ability to represent the heating and deformation of biological tissue is presented, and its results are validated by comparison to measured  experimental results of thermal arterial tissue fusion.