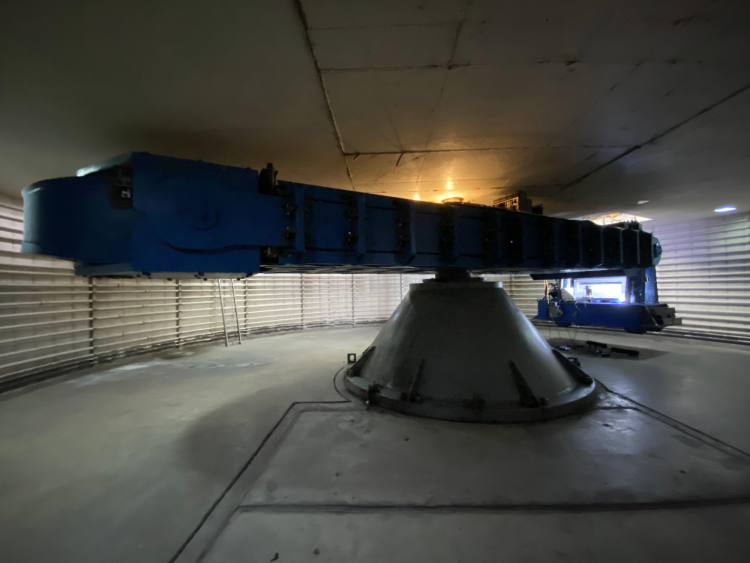 For Lianne Brito, ‘resiliency’ is her personal watchword. Overcoming obstacles has been a way of life, from growing up in Cuba to her journey as a PhD candidate in geotechnical earthquake engineering.

“Growing up within this censored society, our daily lives had a lot of uncertainty and scarcity,” Brito said.

Despite the hardships she had to endure, Brito learned how to be resilient from her mother.

“My mom always seemed to bring a sense of security and showed me the beautiful things our country had to offer, reminding me not to dwell on the struggles of daily life,” Brito said.

Cuba provides a backdrop of well-known, beautiful landscapes, and also is home to diverse architectural styles. Brito remembers visiting a district in Havana called La Habana Vieja, home to spanish, baroque and neoclassical influences in the building architecture. She noted that the buildings in that district are in severe need of restoration.

“I grew up with a lot of hurricanes, and I saw firsthand the kind of destruction that natural hazards can impose,” Brito said.

With these experiences, Brito learned the importance of code-compliance and maintenance of critical  infrastructure.

After immigrating from Cuba, Brito attended the University of Central Florida, where she studied civil engineering. Through a program called LEARN, Brito became involved in research for the first time.

“Before I started college, I didn’t even know what ‘research’ was,” Brito said.

This first encounter with research created a path that Brito has continued down. In LEARN, she helped investigate how accelerometer and gyroscope sensors are used in smartphones. The experience - including co-authoring a conference paper - set the tone for her interest in research as she continued her undergraduate and graduate education.

Brito now studies effects on structures similar to those she recalled in Cuba.

“Resilience is a word that should not only apply to myself but I also apply to my research, since I study resilient infrastructures,” Brito said.

Brito’s current work investigates liquefaction in proximity to the built environment. Liquefaction is a phenomenon where soil behaves briefly as a liquid, causing buildings to sink or shift, resulting in considerable damage. This typically happens during earthquakes.

Although researchers have explored liquefaction in the context of fluid dynamics, Brito is taking it a step further. Most studies on liquefaction are completed on uniform soils, which seldom occurs in nature. To gather a more in-depth understanding of a real life situation, Brito studies stratigraphic variability, or layered soils.

“This experimentation is itself novel, and Lianne has already completed the design of a plexiglass box and is designing and implementing an image-based data collection system,” said Professor Abbie Liel, one of Brito’s co-advisors.

The plexiglass box is tested within a centrifuge, where a high speed camera capturing 2,000 frames per second records the changes in the soil in model size. Each of the thousands of frames taken in the duration of the five-second test is referenced against the initial frame to show how the soil has changed over time.

“From my investigations, we could potentially look into mitigation techniques,” Brito said.

Brito’s advisors see her as a strong researcher, and further, an inspiration to other students.

“Lianne is a student who is extremely passionate about her chosen sub-discipline—geotechnical earthquake engineering—and about teaching, learning, pushing the frontier of research and communicating her findings with others,” said Associate Professor Shideh Dashti, another of Brito’s co-advisors. “She is also an exceptional mentor to the undergraduate students working in the lab under her supervision.”

Brito noted how she had several mentors throughout her undergraduate career who encouraged her to continue, and she wants to play a mentoring role for younger engineers as well, especially for those with similar backgrounds.

“I feel a profound responsibility as a Hispanic woman in engineering to partake in leadership roles that promote diversity,” Brito said.

After graduation, Brito plans to implement her findings in industry and hopes to return to academia to continue to teach and conduct research.

“I realized that research is the road to creating positive change in the state of practice and knowledge in general,” Brito said.