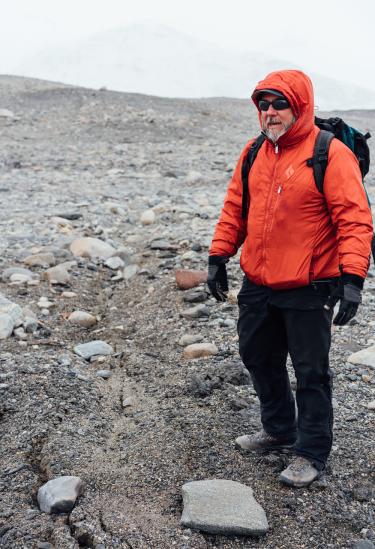 A reporter recently traveled to Antarctica with two CU Engineering researchers to learn more about their work in the world’s most remote desert.

Professors Diane McKnight and Michael Gooseff work alongside a group of scientists called the McMurdo Dry Valleys Long-Term Ecological Research group (LTER), which maintains the longest continuously collected stream flow dataset in Antarctica. Since the early 1900s, researchers have been observing the Dry Valleys and, until recently, the collected data reflected the changes in the annual and decadal trends in climate.

In 1958, pioneering polar scientist Colin Bull and his research team were in Wright Valley, where they discovered a river later referred to as the Onyx River. This river is entirely fed by glacial melt, nearly untouched due to little precipitation in the Dry Valleys and minimal human and organism interaction. For these reasons, the Onyx River is an optimal and dependable proxy for climate and has been analyzed for the past 60 years.

“The year after the stream gauge was established on the Onyx River in the late 1960s, high flows had the original New Zealand group scrambling to fortify their design and still make accurate measurements,” Gooseff said.

With this detailed record, McKnight, Gooseff and their research team were able to document the short-lived cooling effects of the ozone hole and compare them to the longer-term influences of global warming.

The collection of the Onyx River streamflow record led scientists to understand a rare climate trend in the early 1980s. For roughly 15 years, while the world was warming, the Dry Valleys seemed to be cooling. Then in 2002, a noticeable change occurred. McKnight co-authored a paper detailing how from 1966 to 2000, Antarctica had experienced a net cooling trend. McKnight noted that this paper caused controversy, mostly due to misinterpretation. The cooling period was found to coincide with the ozone hole, which was caused by chlorofluorocarbons (CFCs) in the atmosphere. 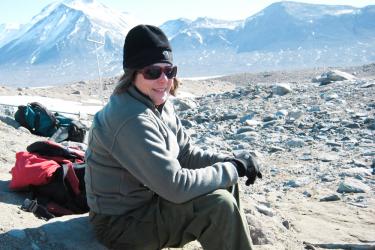 “Atmospheric scientists were able to show that the absence of ozone in this period in the spring contributes to a strengthening of [the circumpolar] vortex, the winds that circle over Antarctica,” says McKnight. “Those winds persisted longer into the summer, keeping the continent colder.”

Later in 2002, the ozone hole began to heal, causing the winds to subside and the area to warm. Researchers were able to document this warmth because of the high melt rate and the record-high flows in streams, including the Onyx River.

The glacier melt can start when air temperatures are below freezing (as low as -5℃) and flows for about 12 weeks throughout the year. The stream will warm up to about 15℃ in the austral summer, as it is exposed to 24-hour sunlight.  The Onyx River flows into a closed basin lake, where water is mostly lost by sublimation of its ice-cover and evaporation of meltwater around the edge of the lake during the summer.

The LTER project has documented blue/green algae growing on the riverbed and along its banks.  The mats are freeze-dried most of the winter until they can grow again with the start of the next flow season. About 50 different species of diatoms, microscopic algal cell that is well preserved in a silica glass shell, have also been found in the area. 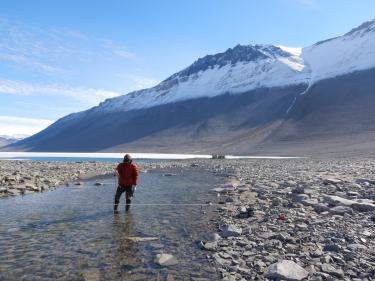 Without the records from the river, the flood year of 2002 could have never been used to learn more about changes in permafrost, and the changes in the amount of waterflow. Since 2002, researchers have documented radical permafrost degradation and the thinning of the ice.

The Onyx River record has provided McKnight, Gooseff and the LTER team clear evidence of climate change in Antarctica, and they continue to research the impacts it is having to the local and global ecosystems.

Listen to the Podcast