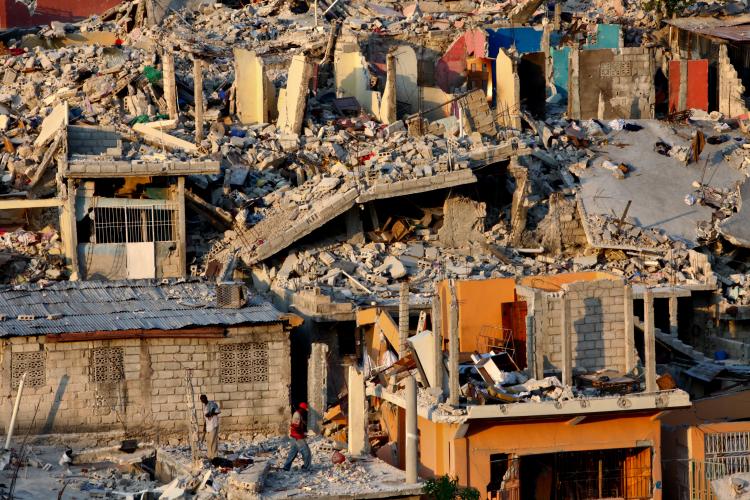 In fall 2016, a group of eight talented engineers began their graduate work at CU Boulder, thanks to a Department of Education program that supports students who plan to pursue a PhD in a field designated as an area of national need.

The Department of Civil, Environmental and Architectural Engineering’s Graduate Assistantships in Areas of National Need (GAANN) program is geared toward engineering resilience, with the goal of training future scientists and engineers in areas that relate to resilience in the face of natural or manmade disasters.

We spoke to two of the students about how they’re using their fellowships to work toward more resilient communities around the world.

Casie Venable’s work spans the boundaries of structural, construction and engineering in developing communities. She will be looking at post-disaster housing reconstruction in Ecuador after the 7.8 magnitude earthquake in April 2016.

“I traveled to Haiti about two years after their big earthquake, and read a lot about the pitfalls and missteps in their reconstruction,” she said.

In Ecuador, Venable plans to study how community members were involved in the design of reconstructed homes, and how that affects their perceptions and confidence in their communities. Will community members who had input be more likely to make upgrades to their homes, or to invest in community infrastructure?

She said the GAANN Fellowship is exciting because it allows her the freedom to create her own project from scratch, rather than stepping into an established research project. She’s also looking forward to working closely with the rest of her GAANN cohort.

“We come from all aspects of civil engineering, and it’s great to see how they all connect,” Venable said. “Once we all get our feet under us, there’s a lot of potential for interesting conversations.”

Venable is co-advised by Amy Javernick-Will and Abbie Liel.

Haiti’s earthquake was also a jumping off point for Katie Chambers, whose interdisciplinary work touches on civil, environmental and engineering in developing communities.

“I’m really interested in sanitation systems in post-disaster contexts – how those are working and making transitions from immediate to sustainable systems,” she said, citing a sanitation system put into place after the Haiti earthquake that failed and is spreading cholera.

Chambers wants to help develop better ways for communities to transition from containing waste after an event, to treating it effectively for the long-term.

She expects her project to be especially relevant as extreme weather events become more common.

“Especially with climate change, a lot of focus is going to be shifted to humanitarian efforts in crisis,” Chambers said. “To me, those problems are a lot more complex and interesting than just development alone.”

Chambers, who earned her environmental engineering degree from California Polytechnic State University, knew she wanted to go to graduate school, but wasn’t sure about pursuing a PhD until she heard about the GAANN program. She hopes to go into technical advising or policy work, and maybe teach at a non-research college.

She is co-advised by Sherri Cook and R. Scott Summers.