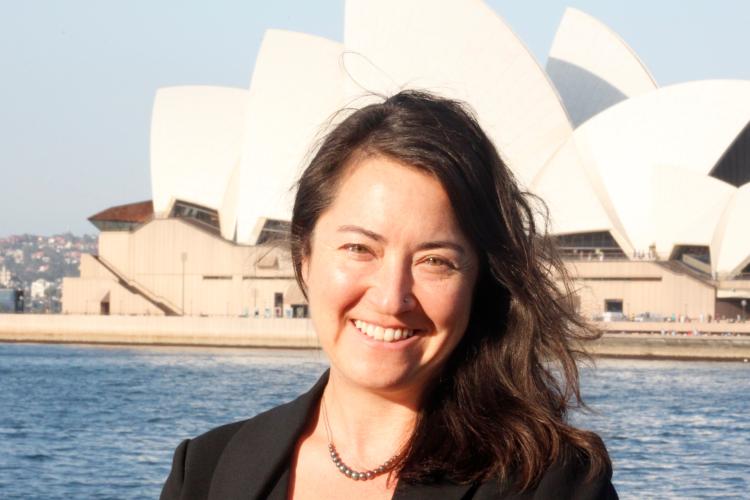 Today, Alison Keith Hill (BS MSCivEngr’00) is a senior wastewater engineer, specializing in hydraulic modeling for sewers and recycled water systems. But when she looks back at her time at CU-Boulder, she says one of the courses that influenced her the most was actually in architectural engineering.

“One class that has always stuck in my mind for preparing me for the real world was an Illumination class with David DiLaura,” she said. “He gave us projects instead of giving us homework assignments, and they were complicated design projects that involved very detailed spreadsheet analysis.”

She added that the class also required them to learn hands-on skills in AutoCAD and Fortran. So when she got hired to do hydraulic modeling of sewage collection systems for MWH in San Diego, she felt ready to take on real-world projects.

“I didn’t have any experience (in hydraulic modeling) from school, but I feel like the overall curriculum CU delivered prepared me to take on any challenge,” she said. “Once you get out into the real world, who knows what you’ll be doing, so it’s important to have a solid foundation.”

Hill said she was lucky to have a mentor at MWH who helped her get involved in important projects right away, allowing her to build what would become her specialty.

Having a specialty in a high-demand field, in turn, has allowed her to pursue her passion for travel. It’s taken her to China, where she did hydraulic modeling for cities impacted by the Yangtze Dam, and to San Francisco, where she helped with an influential project to improve wet weather performance of East Bay Municipal Utility District’s wastewater system. For the past year, she’s been working for GHD in Sydney, Australia.

“Travel is best when you can be engaged at a higher level than just being a tourist,” Hill said. “I really enjoy traveling around the world and getting to work in other countries. You get to know the people a lot better that way.”

While Hill enjoys her job and the opportunities it has brought her, it’s not exactly what she dreamed of doing when she was a student. She was originally interested in solar design and bioremediation, but admits to not thinking things through when she was offered the job at MWH.

“One thing I often recommend to students is to think hard about your first job, because that first job will likely be what you do for the rest of your life,” she said. “You’re going to learn a technical skill in that first job, and as you strive to advance your career, you’ll do it by taking advantage of the skills you’ve developed. Make sure it’s something you’ll be comfortable doing for the rest of your life.”

But she has certainly never regretted going into engineering.

“The thing I’ve realized about being an engineer is that you never stop learning, whether it’s becoming a more effective communicator or managing larger and more complex projects,” Hill said. “I know that even when I’m one day from retirement, I’ll still be learning something new.”