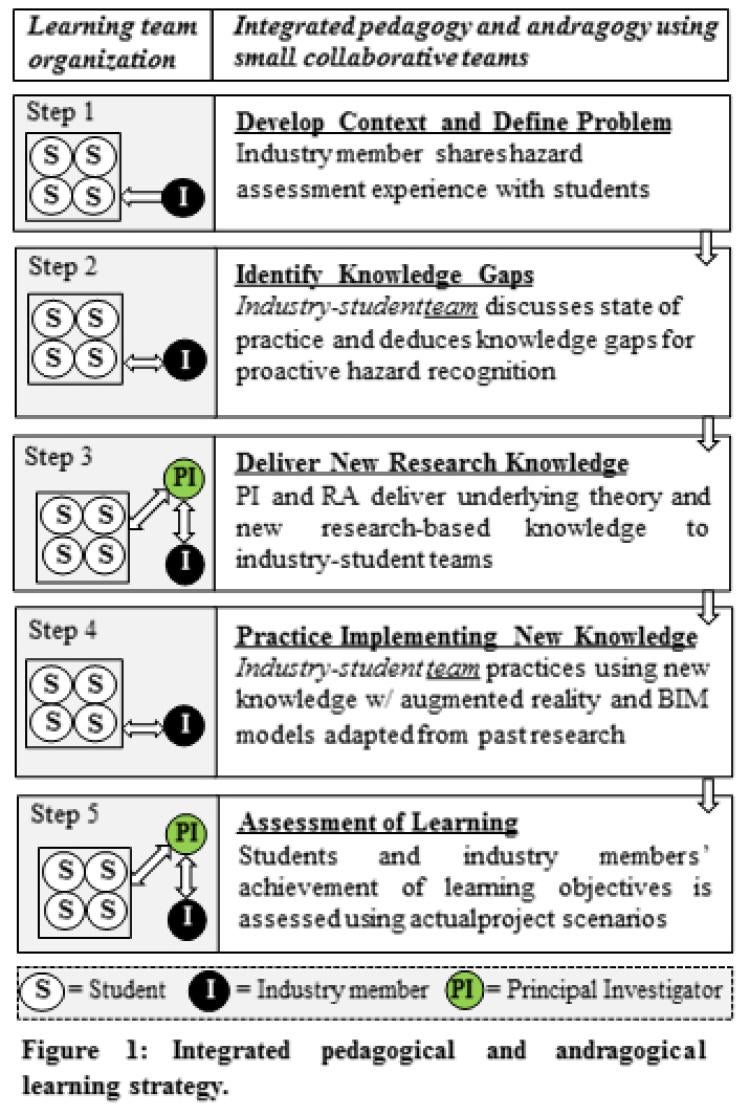 Professor Matt Hallowell was one of 77 engineering educators nationwide chosen to attend the recent National Academy of Engineering Frontiers of Engineering Education symposium, which brings together young faculty members who are developing and implementing innovative educational approaches.

Hallowell was chosen for a model he’s been working on to efficiently communicate new research to both students and industry professionals. He explained that the approach seeks to integrate teaching, research and outreach by harnessing the different ways that students and adults learn.

“Students learn best when an instructor provides the context for them, like a problem statement and learning objectives,” he said. “But adult learners work best when they use their experiences to create the context of the problem and identify what they don’t know.”

His approach would pair a group of students with an industry professional. The professional would share a problem statement with the group, then lead a discussion to identify knowledge gaps. Once the context had been created for both the students and professional, the researcher would present their findings to the whole group. The group would then get a chance to discuss and practice implementing the new knowledge.

“My long-term teaching goals are to include the integration of research into progressive educational modules, and my outreach goals include active dissemination of the new knowledge to the local and national construction industry,” Hallowell said, adding that he’s already used the approach in his classes.

Professor Ross Corotis, who nominated Hallowell for the symposium, said he was pleased to be able to recommend him for the honor.

“Professor Hallowell has already been widely recognized for his research, which blends civil engineering and public health to address critical societal issues of safety in the tremendously important construction sector of our economy,” he said “He is an excellent teacher, who brings into his classroom and independent study projects timely aspects of his research, inspiring students at all levels.”

Hallowell said he also came back with new ideas based on interaction with other educators. During part of the conference, the participants self-organized into affinity groups based on commonalities in their research. He and Ryan Starkey, professor of aerospace engineering at CU-Boulder, both ended up in a group focused on enhancing students’ abilities to work in teams.

“We realized that the engineering community wants to students to work in teams because that’s what they’ll have to do in their careers,” he said. “But we don’t give them feedback on their participation in teams.”

The group came up with a process that allows students to reflect on their team participation and become more self-aware of their role and contributions to the team. They then shared their idea during a presentation session with the other affinity groups.

“There are a lot of techniques out there,” Hallowell said. “It was really interesting for me to learn about the different trends, on everything from online learning to using art in engineering education.”