Seniors in the Department of Mechanical Engineering at the University of Colorado Boulder are designing a new soft robot to improve physicians’ ability to examine the deepest part of a patient’s lung.

Currently, there is only one system that can get down to the bottom of the lungs – a rigid catheter that could potentially cause inflammation. The team of mechanical engineering students are working with medical device company Medtronic on making the tip of that catheter more flexible.

“Our client is hoping to reduce the strain on the body by replacing the end of the device with something that is very compliant and soft, especially in comparison to the materials that are used today,” said Maxwell Anderson, the team’s logistics manager. “We’re trying to create a soft robot for the tip that will allow the physician to have more control of the end and have it be less abrasive toward the patient.”

The students are tackling this project as part of the department’s Senior Design course. They have spent the academic year researching, designing, molding and testing various iterations of their soft robot prototype. 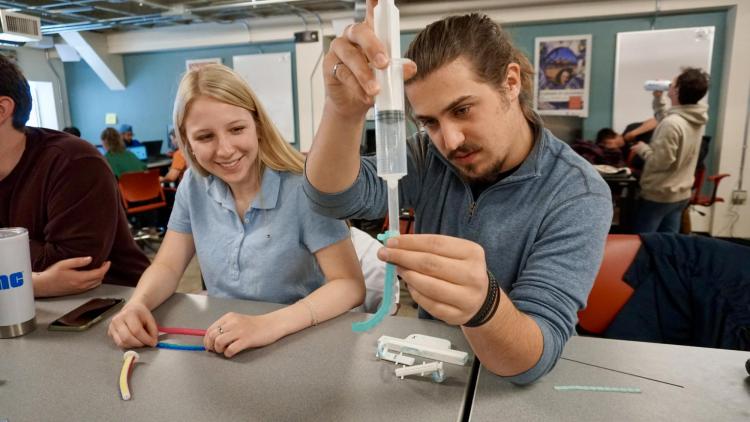 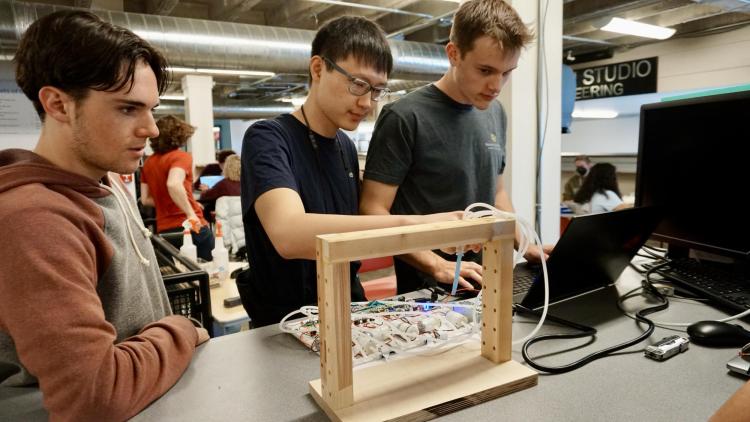 The team’s baseline design is a hollow, silicone tube with bubbles on the outside. The bubbles expand as the soft robot is inflated with air pressure, which causes the tube to bend. The students explained that the bending motion is the key aspect of their design, as that configuration is what allows the soft robot to move through the deeper parts of the lung.

“The catheter still does most of the work during the procedure, and then physicians control the soft robot at the very end to just move the tip,” said Renée Schnettler, the team’s project manager. “It can hook into different areas and allow doctors to send a needle through it to take a sample of any lung tissue they are studying.”

The team said they are constantly making new prototypes for testing purposes. The R&D process has resulted in 55 prototypes since fall 2021.

“A lot of what we’ve been doing is building off of our baseline design,” said Isaac Martinez, the CAD engineer on the team. “We watch how that prototype behaved and try changing certain dimensions. That would be one iteration. Then we change another aspect, like the number of bubbles, and that becomes a second iteration. We’ve been trying to put together this full picture from a lot of different prototypes.”

Each change in the prototype’s design has been targeted and intentional. That includes adjustments to the soft robot’s control system.

“Our control team has spent a lot of time just trying to figure out how we can tell where the tip of the robot is,” said electro-mechanical engineer William Wang. “We have been trying to improve our control systems to hit the desired positions, but each iteration of our prototype behaves slightly different depending on the material properties. We’ve been trying to find more robust techniques to control all of them.”

The students emphasized that they are at the very beginning phase of this project. Their work is all preliminary research and development for Medtronic since the field of soft robotics is relatively new.

“Our project is a learning experience for us and Medtronic,” said Schnettler. “There’s not really a good way to model this. We can’t build a SolidWorks simulation and know how it’s going to behave. You just have to try it, and I think that’s why Medtronic wanted us to do it. We could just try a bunch of iterations over the year, and then they can scale it down and refine it in the future.”

Each of the students on the Senior Design team are proud that their project could one day have a bigger impact by helping patients and their families. Many of seniors have plans to continue this line of work and enter the biomedical engineering field after college.

“There’s a large difference between working on something that is a commodity rather than medical devices that people need,” said test engineer Caitlyn Robinson. “I already had planned on going into the medical device industry, but working on this project and being exposed to all the different elements comprised with working inside a human body really solidified it for me.”

The Senior Design team will present their prototype and control system at the College of Engineering and Applied Science Engineering Projects Expo 2022 on April 22. 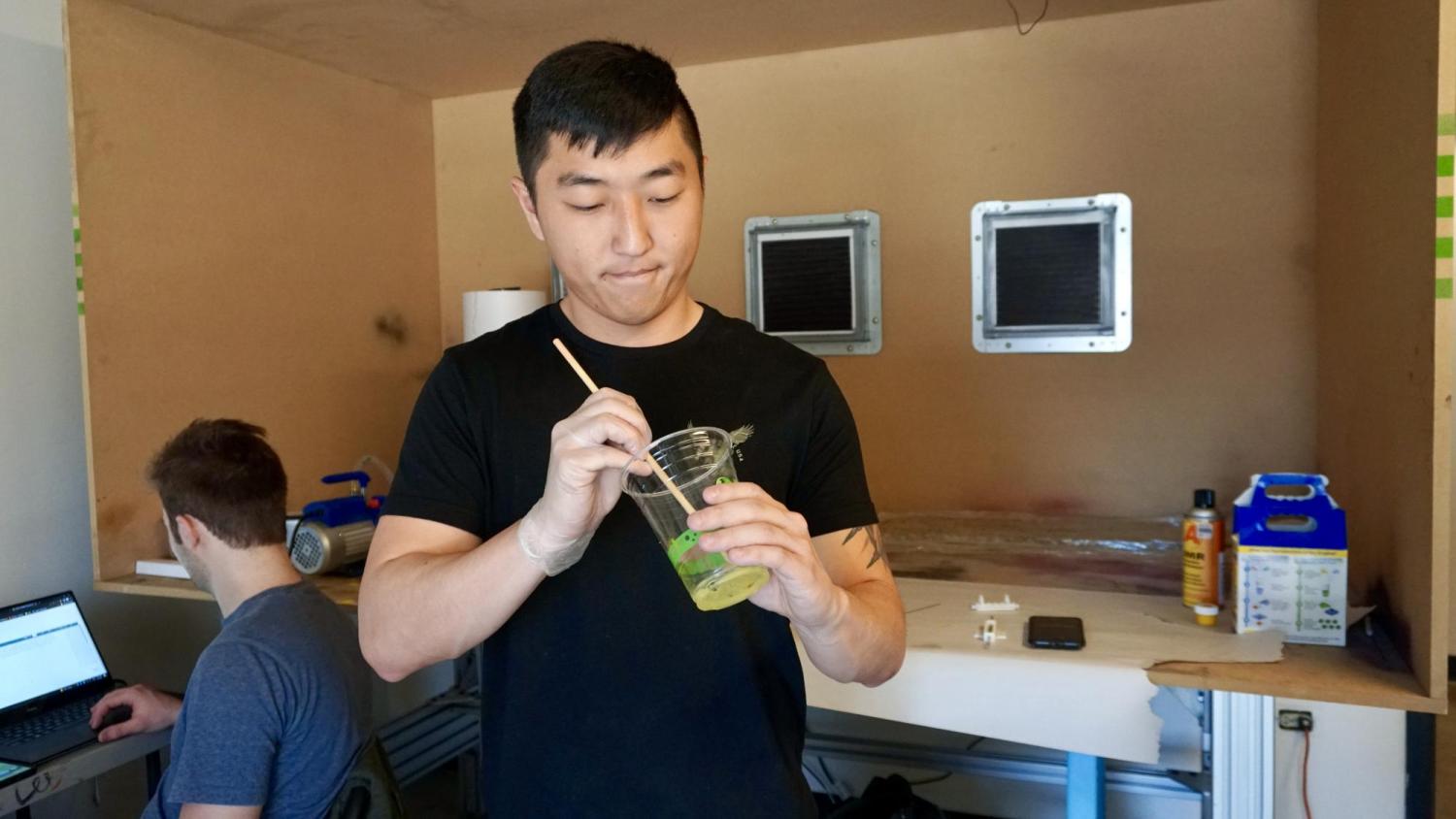 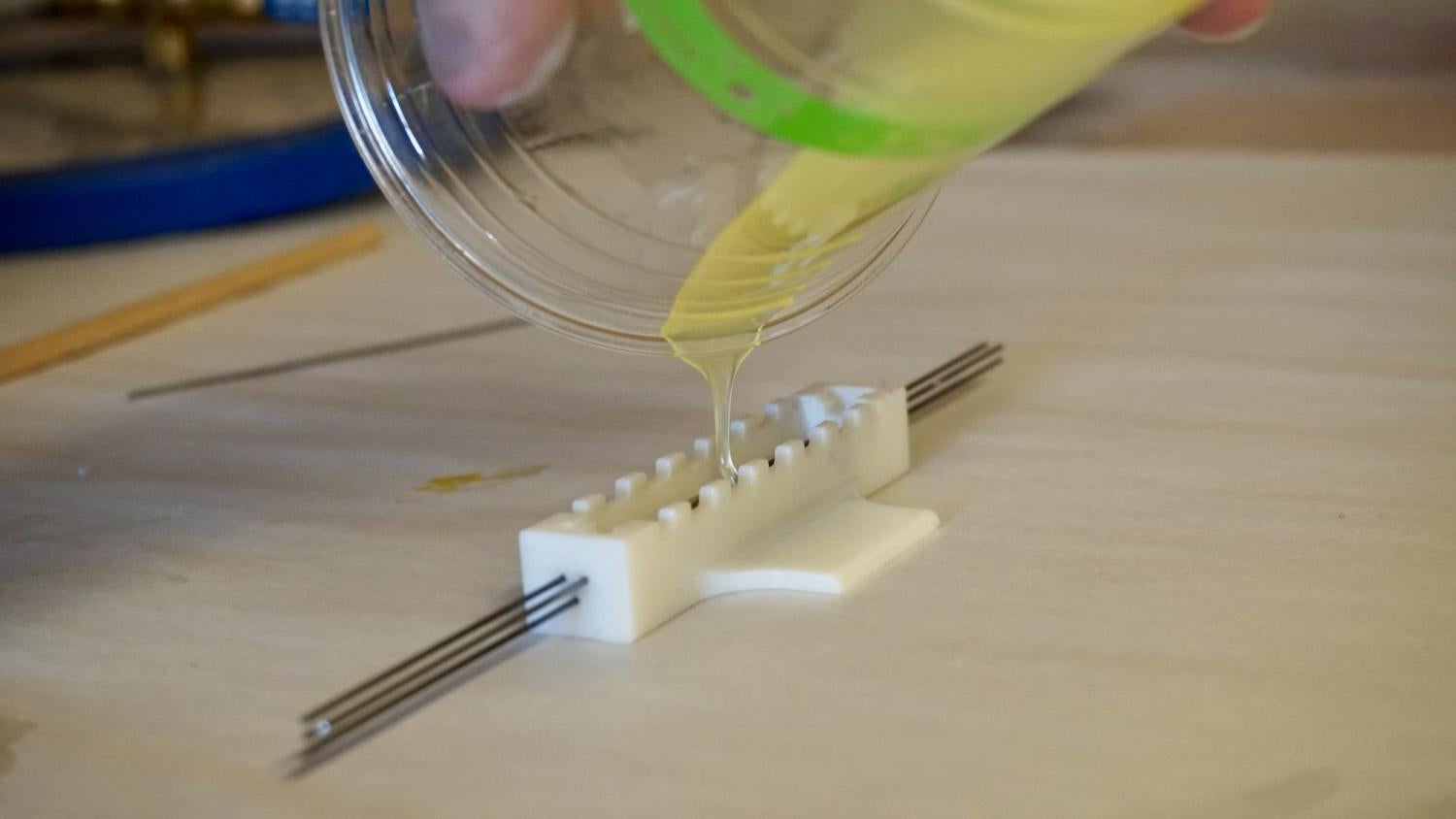 Each of the team's prototypes are molded in the Idea Forge. 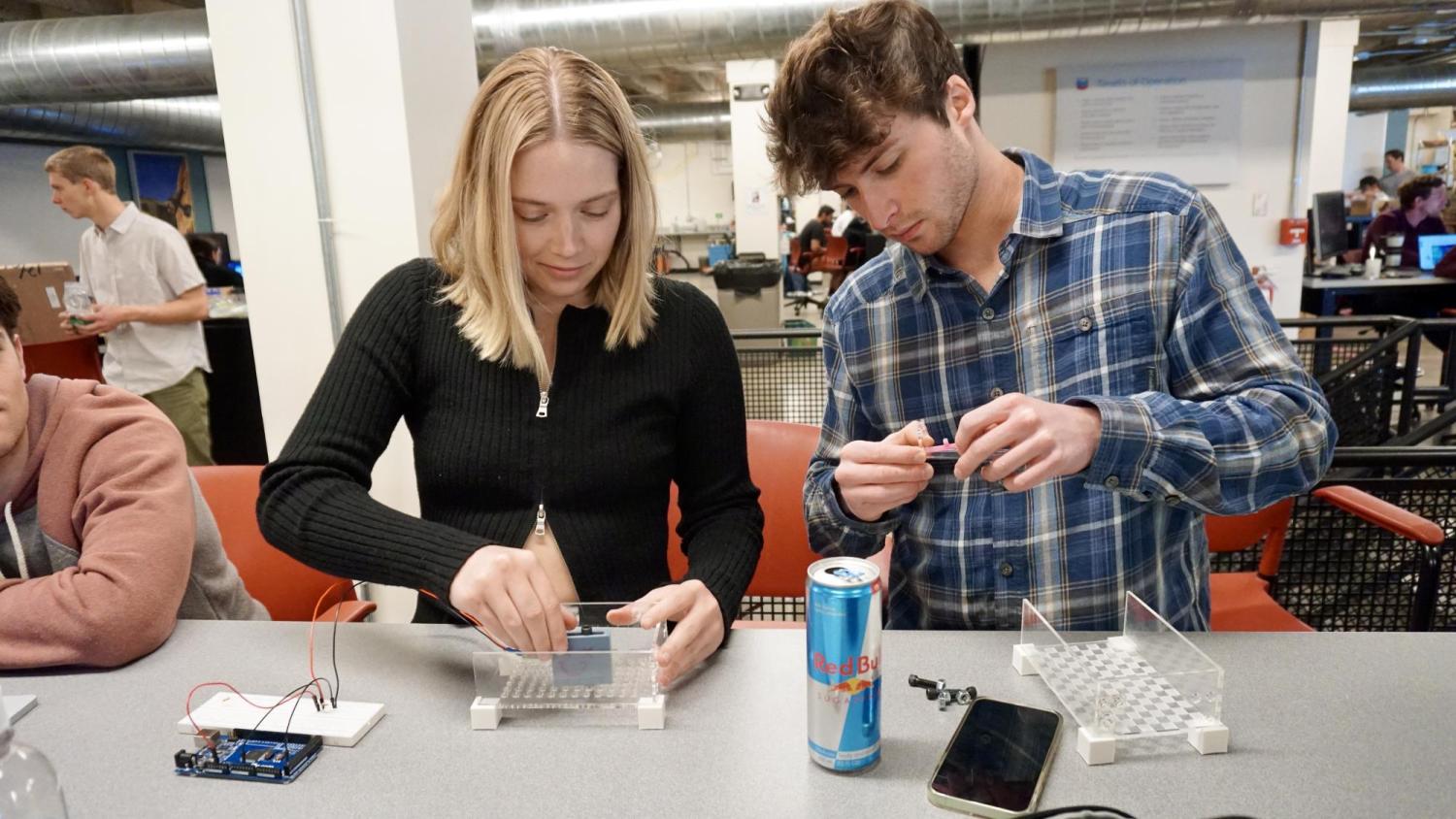 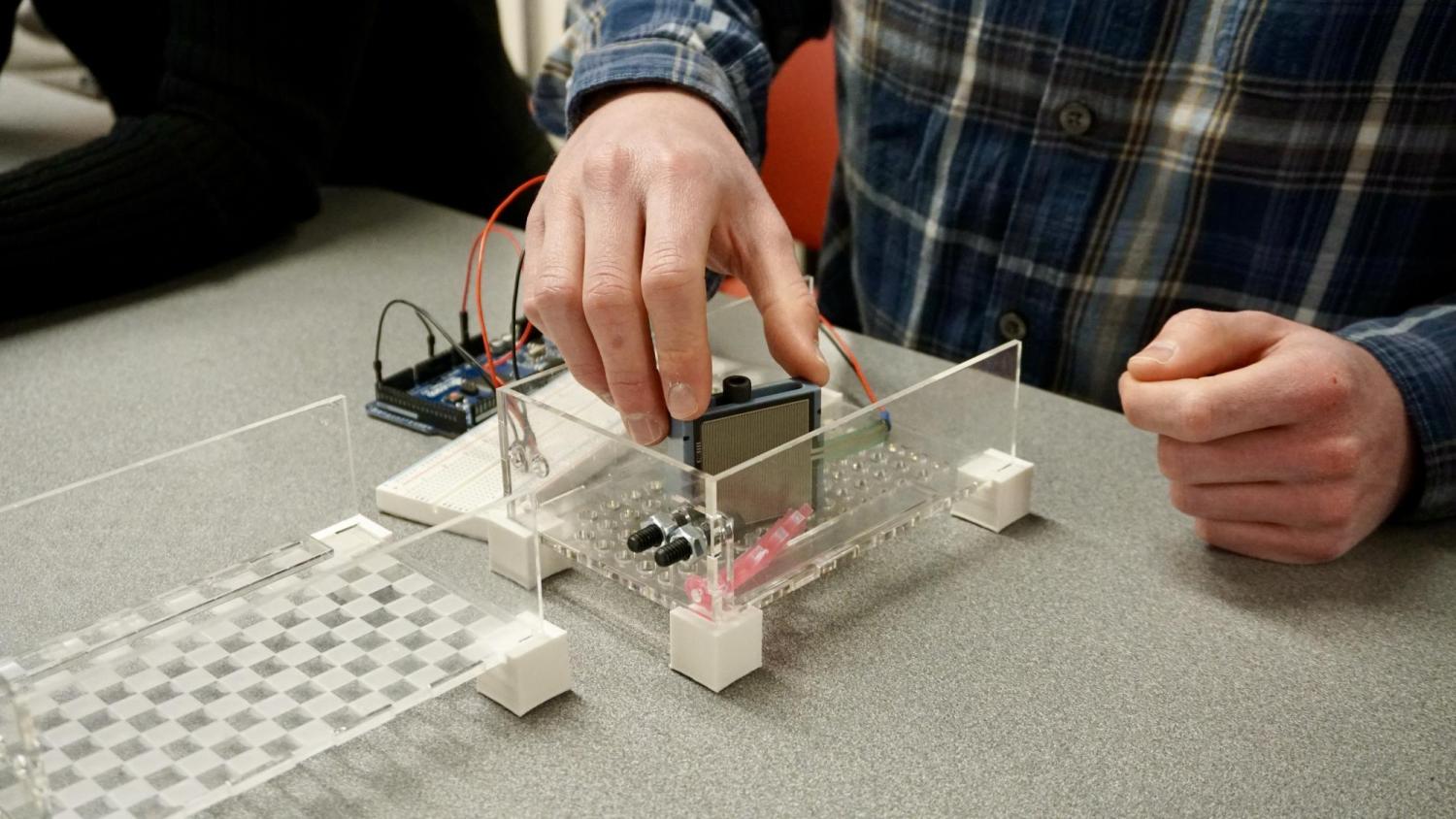 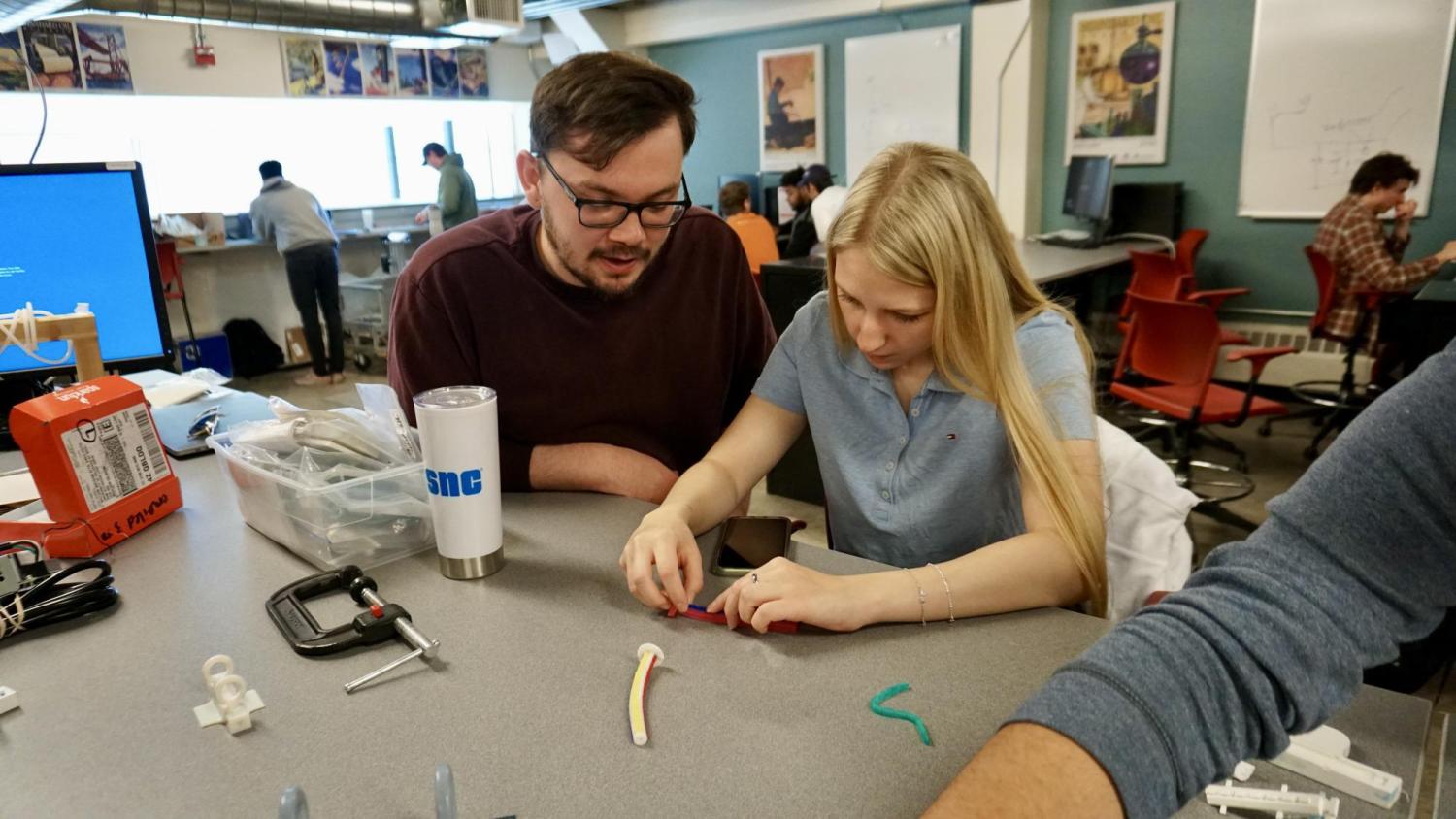 Isaac Martinez and Renée Schnettler assemble one of their prototypes. 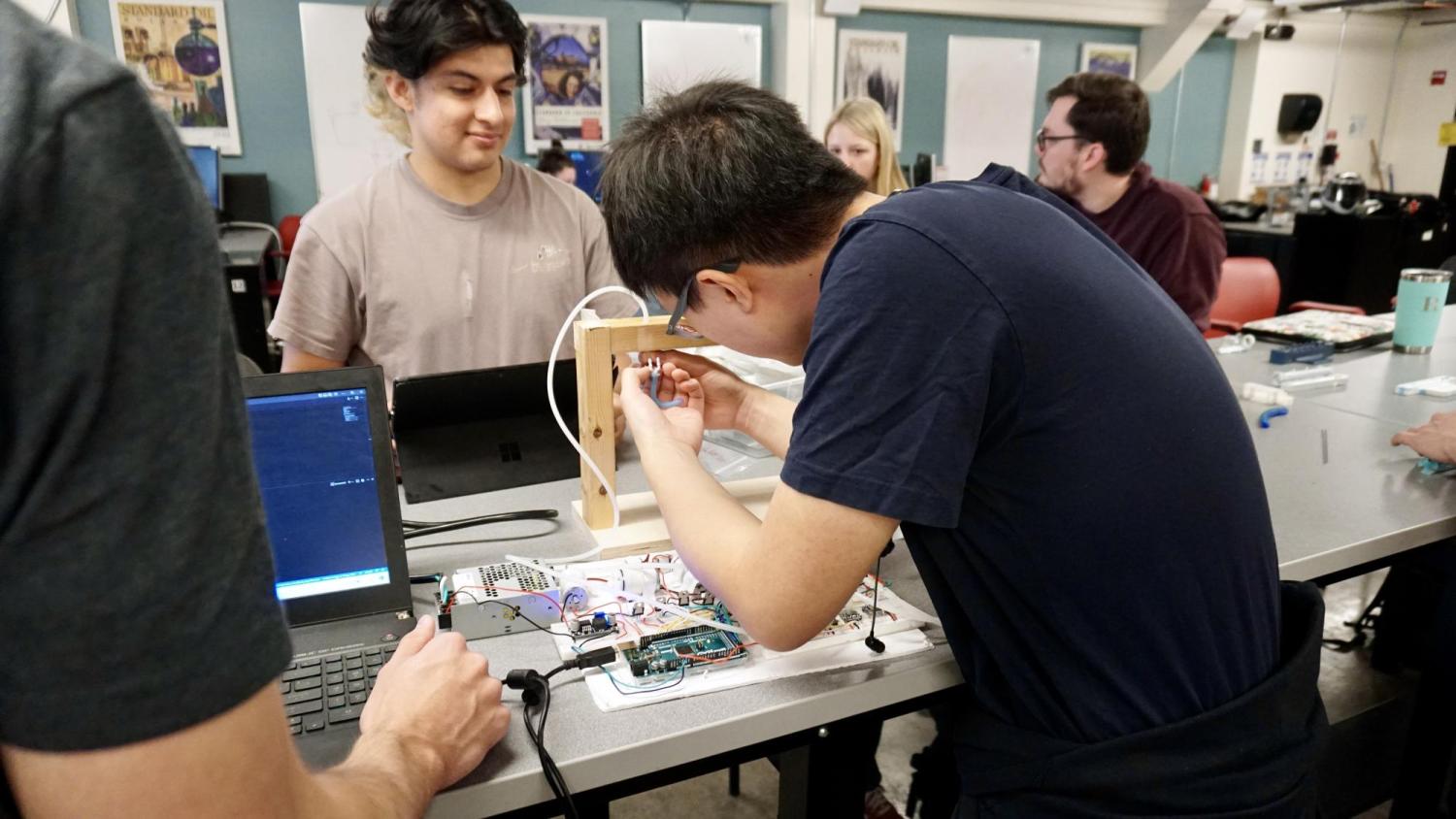 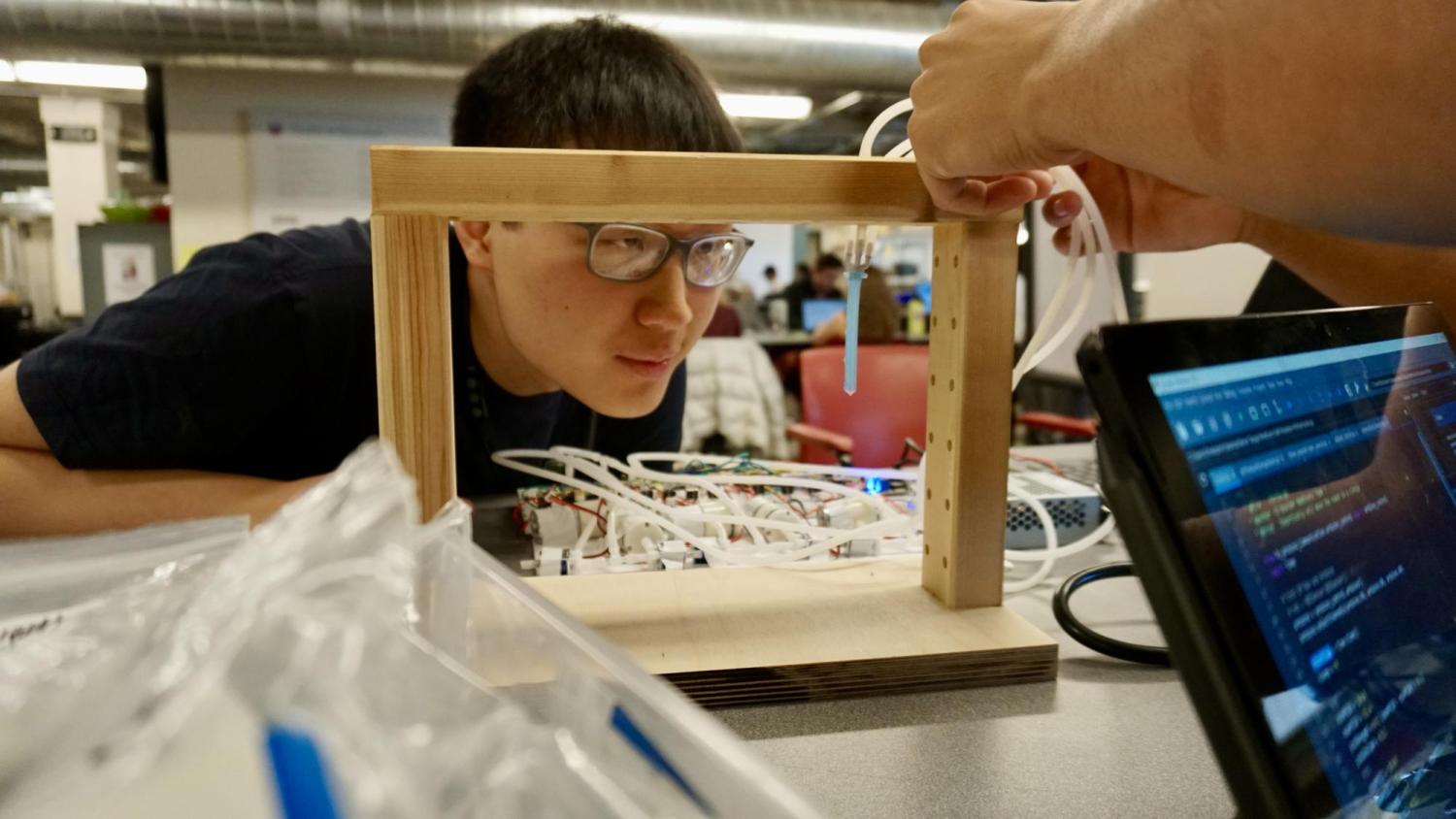 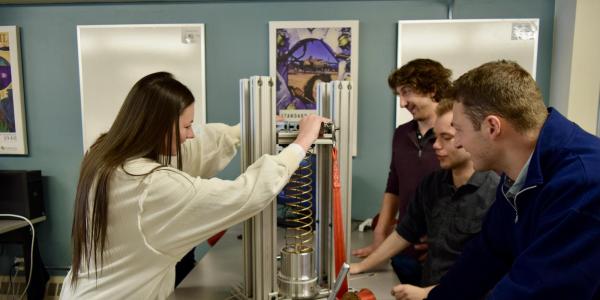 A group of mechanical engineering students at the College of Engineering and Applied Science designed and built the prototype with Lockheed Martin for their Senior Design project. END_OF_DOCUMENT_TOKEN_TO_BE_REPLACED 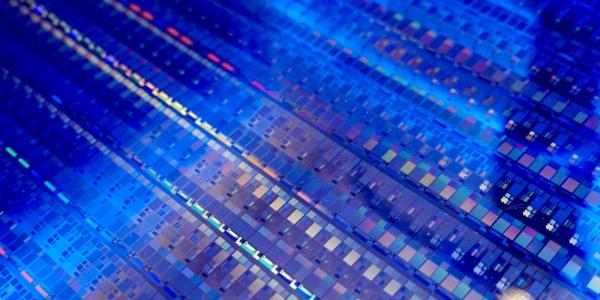 The global shortage of semiconductors – the computer chips that products such as smartphones, laptops, cars and even washing machines rely on – are motivating engineers to improve the inspection of the silicon wafers that semiconductors are fabricated from. To help accomplish that, Department of Mechanical Engineering students have built a silicon wafer center-finding improvement device END_OF_DOCUMENT_TOKEN_TO_BE_REPLACED 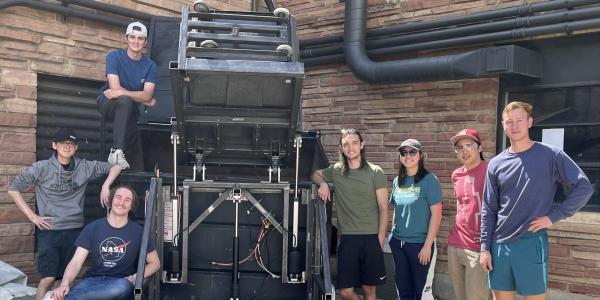 The students' device makes the disposal of scrap metal safer and more efficient. They completed the design as part of their Senior Design project sponsored by Accu-Precision, a Littleton-based manufacturer of custom parts for customers in aerospace and industrial sectors. END_OF_DOCUMENT_TOKEN_TO_BE_REPLACED
Categories:
Tags: