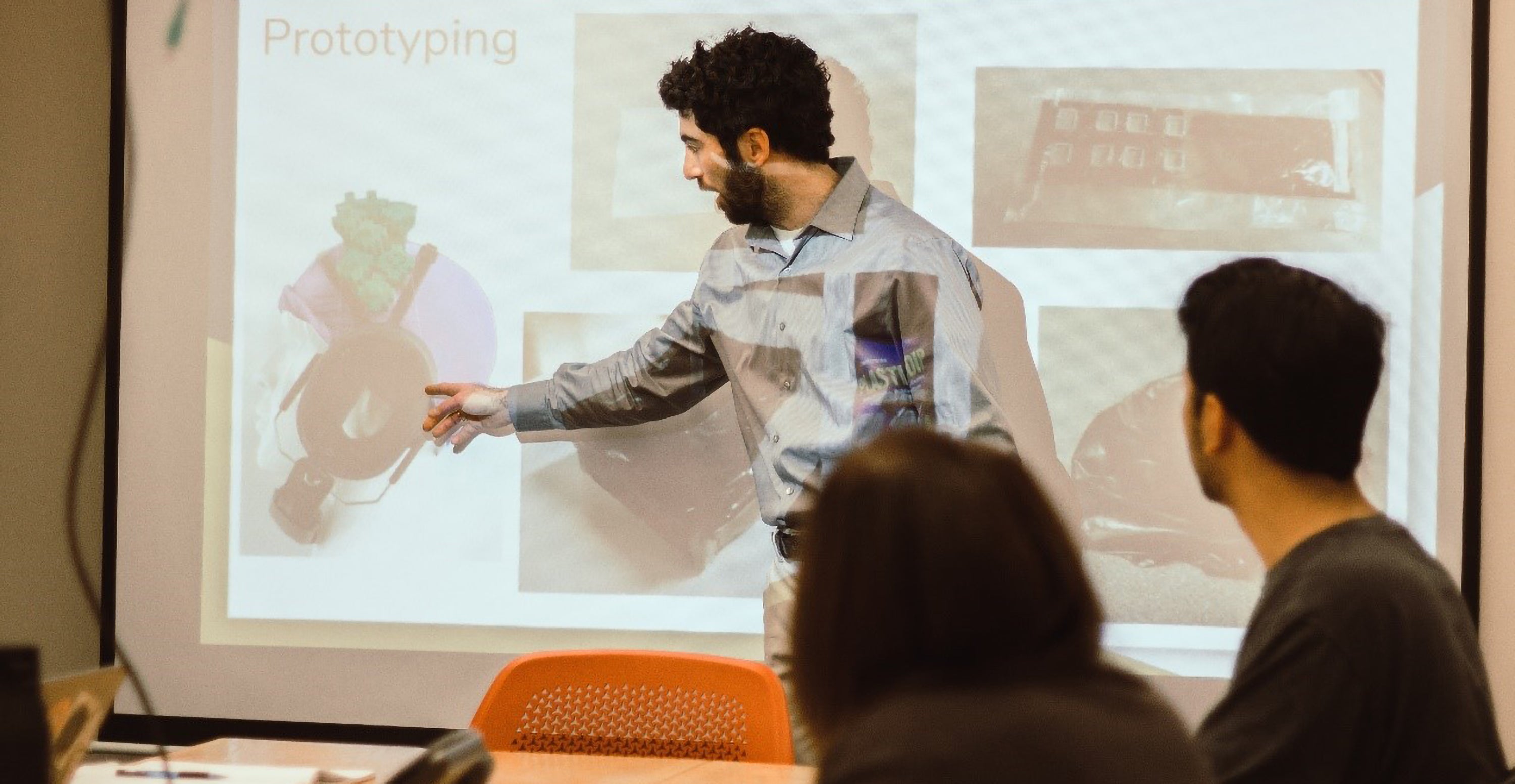 Students help to see the brain in a new way 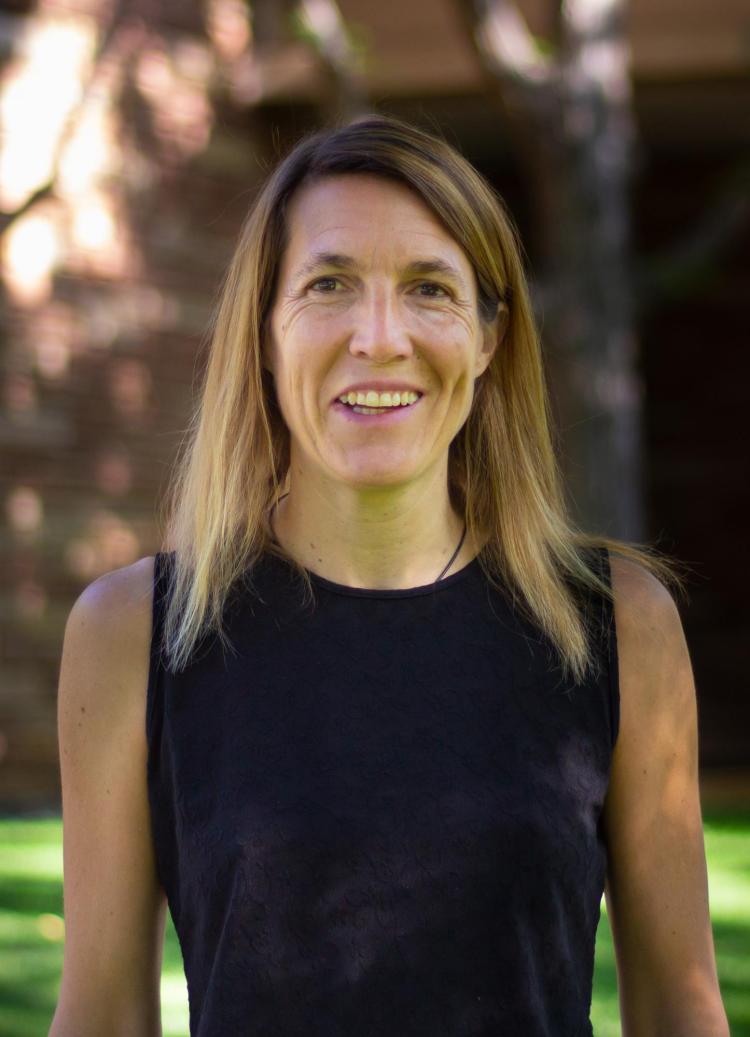 Though invisible to the naked eye, magnetic fields permeate the world around us, including the human body and brain.

FieldLine Inc., a company that grew out of research being conducted in the Paul M. Rady Department of Mechanical Engineering, is building sensors to better image these magnetic fields. For the second consecutive year, capstone design students will help to advance their innovative concepts.

Together, FieldLine and a team of students have been exploring options for a flexible helmet that would hold sensors in place on a patient’s head while images are taken of the brain. This would allow imaging in a more versatile and realistic setting than currently available with traditional magnetoencephalography sensors (MEGs).

FieldLine’s MEGs can be used to understand a number of situations involving the brain, such as epilepsy, autism, depression, concussions, neurodegenerative diseases like Parkinson’s or Alzheimer’s, strokes and language development.

Knappe, also a founder of FieldLine, said it’s helpful to work with capstone design students, because they have out-of-the-box ideas, are responsive to feedback, and bring a unique energy to the project.

“At our current stage, we’re very open to new approaches,” said Knappe. “Working with the students is a good way to get completely new eyes on a problem.” 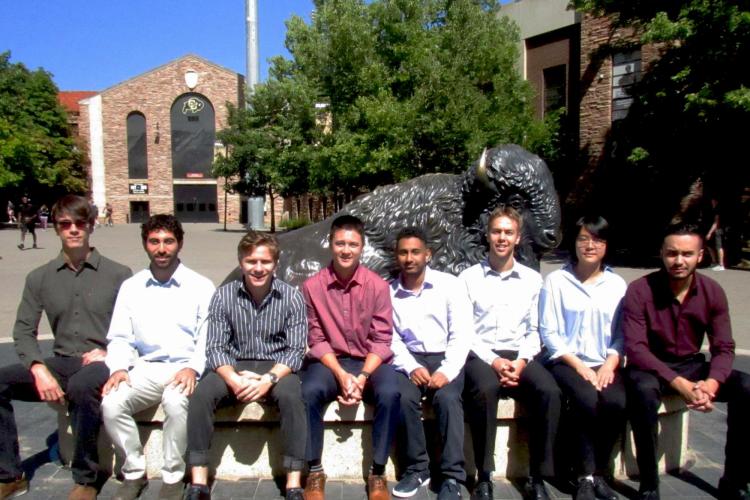 “I was excited to work with FieldLine, because I had faith in the importance of the project,” said Katzman. “If we do a good job, it could really make a difference not only for patients but for FieldLine as a company.”

To get a good image, the sensors have to stay in the same place on the patient’s head – within 0.5 millimeters on each side.

David Martin, the team’s computer and software engineer, has been formulating algorithms and determining sensor location and orientation to ensure the images are accurate.

“As an engineer, you have an association with failure as a bad thing, but I’ve learned that failure just means more data,” said Martin. In developing multiple prototypes, this kind of data has allowed the team to bridge gaps between their two main prototypes, a lesson in comparative analysis.

Knappe said one of the reasons she was driven to become an entrepreneur was that it would enable her to get the technologies she developed in the lab to the users who needed them.

“We have this vision of enabling neuroscience further with very relevant applications, and now we actually have the ability to get it to the users,” said Knappe. “If you want to make an impact, you need to have a way to get it into the hands of your users.”

Capstone design students have helped with this, she said. With the work they’ve done, FieldLine is one step closer to improving a design that is already making a difference.

“When choosing a senior design project, I at first didn’t understand everything FieldLine was doing, which only made it more intriguing,” said Park. “FieldLine is doing really innovative things, and I think that led them to also push us to explore.”

Since its founding in 2017, FieldLine remains closely connected to collaborators and talent at CU Boulder. In addition to sponsoring capstone design students, FieldLine was founded by Associate Research Professor Svenja Knappe, former Senior Research Associate Orang Alem and former Senior Research Associate Jeramy Hughes. The company also hired two graduates from the College of Engineering and Applied Science, one with a PhD in mechanical engineering and one with an master's degree in electrical engineering.