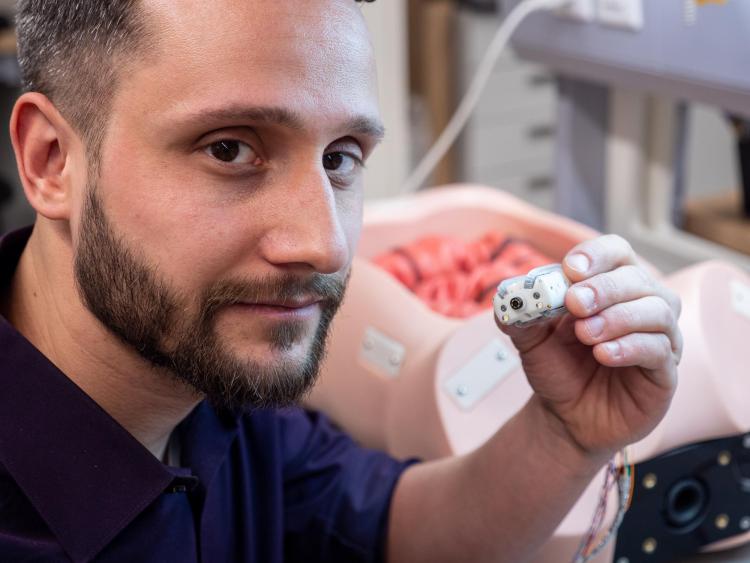 Formosa grew up in Addison, Illinois, a suburb of Chicago, where he excelled in math, science and music thanks to teachers who promoted hands-on learning. One of his favorite high school projects as part of Science Olympiad was the creation of a mousetrap-powered car.

Formosa went on to study mechanical engineering at University of Illinois at Urbana-Champaign, where he also minored in music.

“Engineering doesn’t close any doors,” Formosa said. “If I studied engineering, I could use those skills to be successful in many other fields, even music.”

For five years following graduation, Formosa worked as a transmission design engineer for Caterpillar where he completed a rotational program and learned how aspects of product development fit together.

“Since I worked in many different roles—design, testing, manufacturing and beyond—I understood what each person was working on. This allowed me to get more specific with my questions in ways that were valuable to others on the team,” he said.

Though he most enjoyed his work as a design engineer, he found every rotation to be valuable. While working with customer service, he even parallel-parked a house-sized vehicle perfectly on his first try.

While at Caterpillar, he also served as president for Peoria’s Heart of Illinois Professional Chapter of Engineers Without Borders. He and his team worked together with rural communities in northern Guatemala, providing them with access, storage, filtration and distribution of clean water. 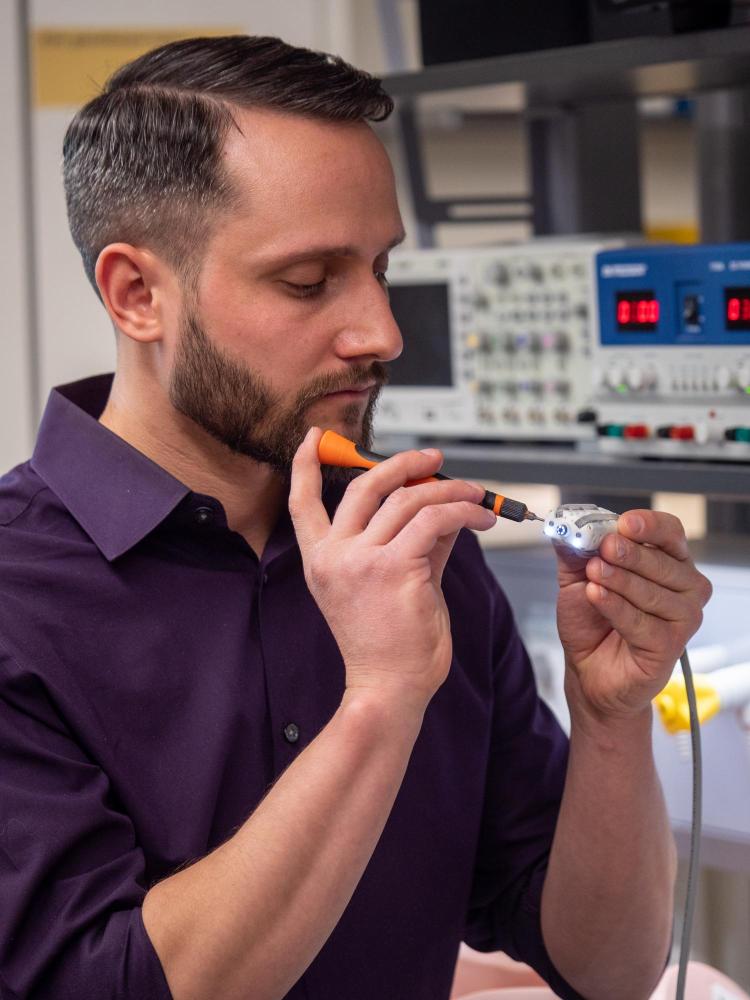 Formosa said he feels his experiences before applying to graduate school enabled him to apply with greater purpose and clearer direction.

“I wanted to be sure I was going back to school for the right reasons,” he said. “I wanted to be the kind of engineer who enhances his knowledge for the purpose of enhancing the rest of the world.”

This led Formosa to search for PhD programs where he could further his expertise in dynamics and control while simultaneously working on something impactful. This is why he believed the Advanced Medical Technologies Lab would be a perfect fit.

Formosa recalled his first meeting with Rentschler, his advisor, upon joining the team in August 2015. He was given free rein over the development of a smaller robot that could reliably propel itself through a scaled synthetic colon.

Perhaps the only thing Formosa finds more invigorating than engineering is teaching engineering, a passion that stems from his experiences as a student. One teacher who was particularly influential is Mr. Steven Nelson, Formosa’s high school chemistry teacher.

“He’s probably the biggest reason I want to go back and teach,” Formosa said. “His science puns were unmatched, he was personable and cared about his students, and there was always something on fire to make class exciting.”

Formosa also met role models as a Boy Scout and Eagle Scout, learning from volunteer fathers who were actively choosing to give back to younger generations. Now, Rentschler plays an important role in shaping Formosa’s understanding of all that he can accomplish.

“As someone who is just as business savvy as he is technical, Dr. Rentschler reminds me that becoming a research professor doesn’t limit me to just research and teaching but can also include starting your own business, consulting and volunteering,” Formosa said.

In both 2016 and 2018 Formosa won the Mechanical Engineering Outstanding TA Award, and in 2018 he completed CU’s College of Engineering Mentoring Certificate Program. He said he loves helping students, watching their gears turn and making learning both exciting and long-lasting.

Upon graduation in May 2020, Formosa hopes to continue his career in academia as a research professor.