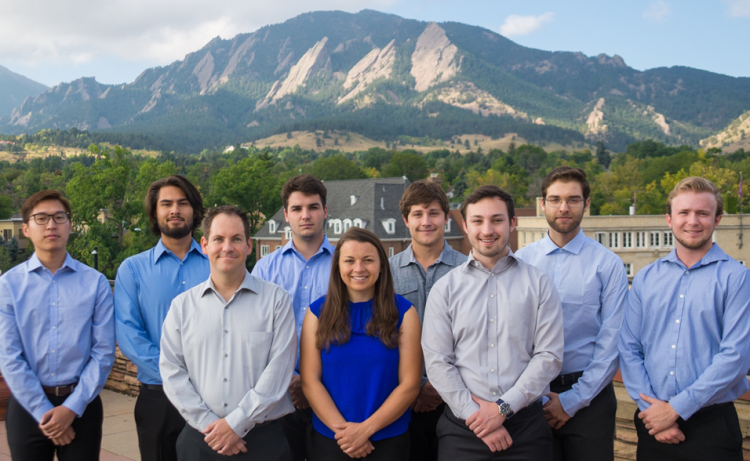 CU Boulder engineering students are finalizing an infrared imaging system that will allow a user to monitor subsurface features in wind turbine blades, an invention that could make wind turbine repair safer, faster and more cost-efficient.

Members of the capstone design team, sponsored by Siemens Gamesa Renewable Energy, said their greatest accomplishment has been turning an idea into a useful product that is accepted by an experienced team of engineers in industry.

On April 26, this team, along with roughly 145 others, will present their design at the 2019 Engineering Projects Expo.

“Wind turbine blades have an expected lifetime operation of 20 years or longer,” said Molitor. “Over time, a blade might be affected by frequent lightning strikes or heavy rainfall. The imaging system we developed allows us to check for subsurface features, such as structural cracks to ensure the blade remains in good condition throughout its operational life.” 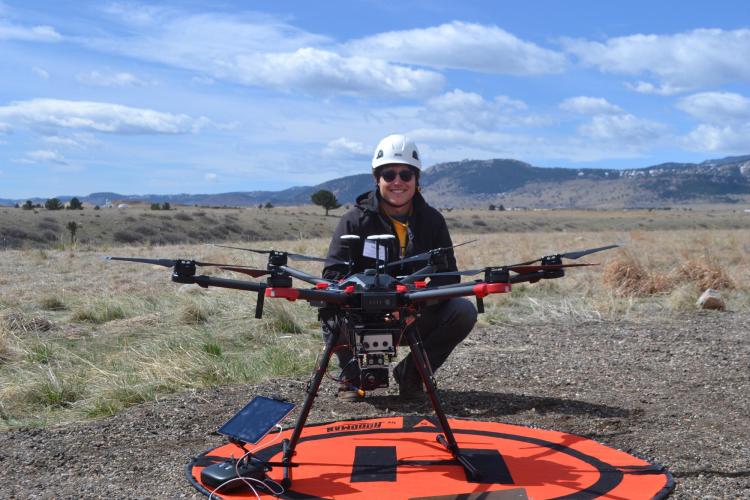 Ben Setterquest, CAD Engineer for the Siemens Gamesa Renewable Energy Capstone Design team prepares to test their device along with his team members.

“It’s very time-consuming and expensive,” said Alexandra Jaros, a senior studying mechanical engineering. Jaros said these methods are especially costly when wind turbines are located offshore or when evaluating hundreds of wind turbines at a time.

With this challenge in mind, the team succeeded in creating a solution requiring only three minutes per scan and far less manpower.

To do so, the team mounted an infrared camera to a drone, allowing them to detect differences in temperature. Because subsurface features like cracks are filled with air, they cool at a slower pace, making them stand out in a different color when viewed through a heat-sensitive camera. This allows the team to identify features invisible to the naked eye.

Behind the scenes, students studying computer science like Richard Poulson have added metadata so the operator can tell which section of the blade is being shown.

“Using time stamps to organize information from the GPS unit, inertial measurement unit and magnetic sensors which track absolute position, tilt and orientation, we have been able to map the infrared images of the blade to the blade’s location in 3D space,” Poulson said.

This project allowed students to further their experience in systems engineering, providing them with opportunities to build skills in CAD, manufacturing, hardware debugging, electronics debugging, intersystem communication and integrated circuits. It also gave students the chance to use project management tools, practice communication and talk about functional requirements with a client.

To future capstone design students, the team said they recommend taking ownership of individual roles while also trusting the efforts of teammates.

“Trust can be hard at first,” said Molitor, “but it’s amazing how proud you can be of what you accomplish together.”  ­­