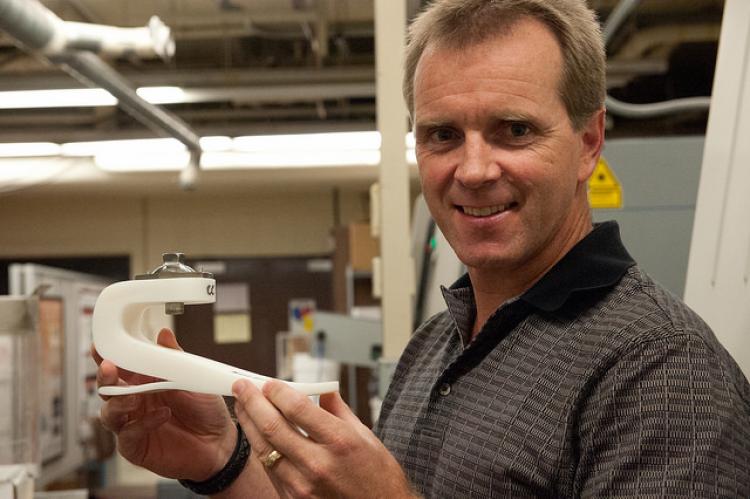 Bio:
Dr. Richard Neptune earned his Ph.D. in Mechanical Engineering from the University of California, Davis in 1996 and has served on the Department of Mechanical Engineering faculty at UT Austin since 2001 in the Biomechanical Engineering and Dynamic Systems & Control programs. In 2006, he received the Outstanding Young Scientist Award from the Houston Society for Engineering in Medicine and Biology. In 2012 he was named a Professor of Excellence by The University of Texas at Austin and in 2013 he received the Joe and Bettie Branson Ward Endowed Excellence Award from The University of Texas at Austin for his teaching and research that has contributed to changes of positive value to society. In 2015 he received the Lockheed Martin Aeronautics Company Award for Excellence in Engineering Teaching and in 2016 he was elected Fellow of the American Society of Biomechanics. Find out more about Dr. Neptune's work at his research lab website.