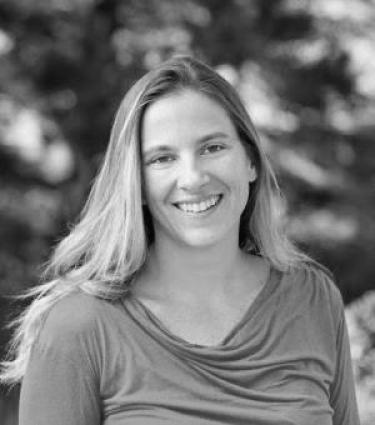 Cassandra Brooks is an Assistant Professor in Environmental Studies at the University of Colorado Boulder. She draws on a diversity of disciplines including marine science, environmental policy, and science communication to study and seek solutions to pressing environmental problems.

Prior to joining CU Boulder, she completed a PhD at Stanford University, studying international ocean policy, with a focus on marine protection in the Antarctic. Her research helped drive the adoption of the world’s largest marine protected area in the Ross Sea, Antarctica – one of healthiest and most productive marine ecosystems left on Earth. In 2015, she was awarded a Switzer Fellowship in Environmental Leadership.

In the last 20 years, Cassandra’s drive to understand and contribute to environmental governance has taken her all over the world, working in different capacities, including as a federal fisheries observer on New England groundfish boats, a National Science Foundation-funded field researcher in Antarctica, a science writer and media producer, and an Antarctic policy advisor for international conservation organizations in the United States, Europe, China, and South Korea.

As a marine scientist and expert on environmental governance, she has presented her work at conferences, workshops, in policy briefs, and directly to policy-makers nationally and internationally, while publishing in peer reviewed journals, including Science and Nature. As a science writer and multi-media producer, she’s published more than 150 articles and multi-media pieces about marine science, the environment and human well-being in publications including the Seattle Times, Science, and National Geographic, where she contributes through her Ocean Views blog. Her research and media has been featured in the popular press across the world, including CNN, Smithsonian, and The Washington Post.

In her position at the University of Colorado Boulder, Cassandra looks forward to continuing her research in environmental governance while helping to empower the next generations of environmental leaders.

Cassandra received her PhD from Stanford University in 2017.