During the Industrial Revolution, urban areas across the United States were electrified while rural residents relied on kerosene lanterns until the Rural Electrification Act of 1936 brought electricity to the 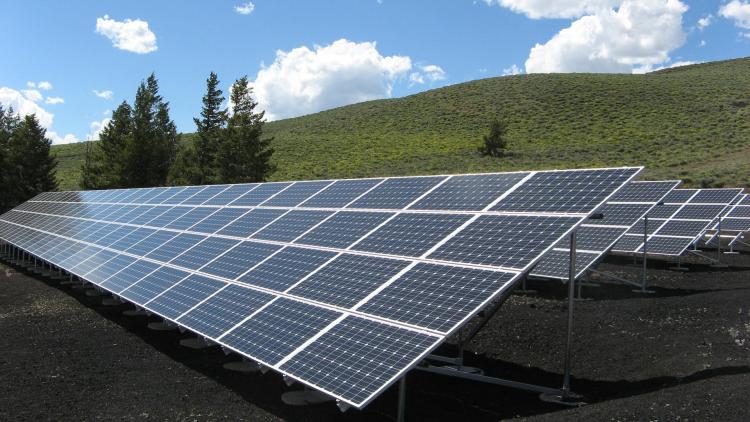 countryside and sparked the creation of distribution electric cooperatives (DECs). DECs are member-owned non-profit organizations that are responsible for delivering reliable and affordable electricity to their members. While DECs provide power distribution services to their customers, most purchase generation and transmission services from Generation & Transmission Cooperatives (G&Ts) through power procurement contracts that often span between 40-75 years. G&Ts are formed by groups of DECs seeking partners in investment for generation and transmission infrastructure.

The partnership between DECs and G&Ts continues to the present day. 12% of U.S. electric customers belong to DECs, which span across 56% of the country’s total land mass.1 For just under a century, the relationship between DECs and G&Ts has adequately served rural Americans, largely due to the historically low cost of coal and G&Ts’ extensive investments in coal infrastructure. Today, G&Ts and their member DECs are still paying off debt from coal assets that were built decades ago and are thus tethered to this form of carbon intensive energy. However, with improving technology, climate change concerns, and the decreasing price of renewables, centrally located, coal-fired power plants are no longer the most viable option for ratepayers.

Coal-fired generation contributes to roughly 23.5% of the nation’s electricity sector2, with DECs acquiring nearly 75% of their energy from coal.3 This results in higher rates for consumers and releases more greenhouse gases than any other energy source. In recent years, a handful of DECs have begun to pursue or consider the early termination of their lengthy and restrictive G&T contracts with hopes of taking advantage of the evolving energy landscape, increasing autonomy over their generation sources, and lowering member rates. Prior to 2016, this process (known as undergoing a “cooperative exit”), was relatively uncharted territory, and regulations surrounding cooperative exits along with their environmental, social, and economic impacts are still evolving.

MENV students Kayla Carey and Nathan Stottler have partnered with local wholesale energy supplier Guzman Energy to explore the impacts of cooperative exits. Their capstone project employs a systems approach to objectively analyze the existing relationship between G&Ts and DECs, examine the challenges and opportunities that are created by cooperative exits, and investigate the effect of cooperative exits on the clean energy transition. The students have begun their work by performing a literature and policy review to build up a background of knowledge on electric cooperatives, the G&T model, and renewable energy, while also compiling case studies of cooperatives that have exited their G&T contracts.

The team has also begun conducting qualitative research interviews with industry stakeholders, including academic experts, environmental and cooperative governance NGOs, and executives from DECs and G&Ts around the U.S. They will be analyzing the interviews through qualitative coding to reveal patterns of thought and perceptions surrounding cooperative exits across the nation’s cooperative landscape. The final results of their analysis will be compiled in a report to be published in late 2020 or early 2021. This report will be a valuable tool for cooperative decision-makers, policymakers at all levels, and other industry actors as they shape the future of rural electric cooperatives’ role in the clean energy transition.

The consequences of climate change are expected to be felt especially hard in rural areas due to their economic dependence on natural resources that are valuable to climate change. This project will provide insights on how recent disruptions in the cooperative model may impact the energy and climate futures of rural communities.