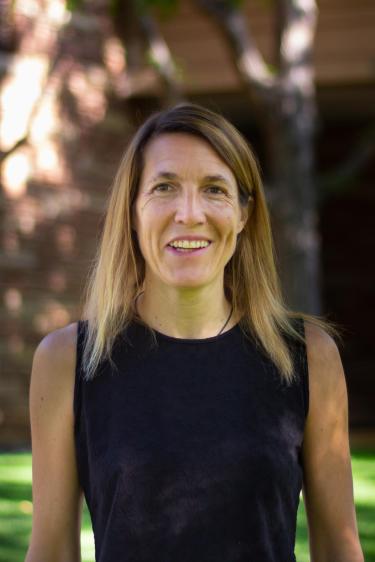 Knappe’s work focuses on developing miniaturized quantum sensors and systems, with the aim of producing manufacturable, high-performance sensors for large- and small-scale applications. The use of microfabrication technologies and novel packaging processes are a central component in her approach and the interdisciplinary research includes investigations of novel spectroscopic methods, frequency control, and metrology, microfabrication and manufacturing technologies, and magnetic field imaging.

Her work with FieldLine specifically aims to improve magnetic sensing and imaging using microfabricated quantum sensors. That is because magnetic field imaging is useful as a non-invasive way to diagnose various medical problems. One application of this work is with the non-invasive brain imaging technique magnetoencephalography. Here, FieldLine’s technology can be used to create tiny lightweight sensors on helmets for brain imaging using quantum technology. These sensors would allow patients to move freely during scanning and could be used for diagnosing and characterizing a wide range of neurological ailments including epilepsy, autism and traumatic brain injuries.

We work on magnetic sensing from the kilometer down to the micron scale. At the large scale, we are trying to put these sensors on CubeSats for magnetic surveys or for navigation. There are industrial applications at the medium scale for non-destructive testing such as finding the integrity of materials or in the biomedical field for cardiac imaging. We can also scale this technology all the way down to the 10-micron level for magnetic microscopy. We develop these new sensors and systems in close collaboration with the users who will actually be using them – engineering them to their needs.

Svenja Knappe joined the University of Colorado Boulder in 2013 as an adjunct professor in the Department of Psychology and Neuroscience. She later joined the Department of Mechanical Engineering in 2017 and has worked at the National Institute of Standards and Technology since 2001. Knappe also founded FieldLine in 2017.

She became involved with the CUBit Quantum Initiative as a PI on a project titled “A Chip-Scale Atomic Clock Based on Nanowire LEDs” that is funded through a CUBit seed grant.

Knappe earned her bachelor’s degree in 1998 from Rheinische Friedrich-Wilhelms-Universität in Germany. She later earned her PhD in Natural Sciences (Physics) in 2001 from the same university. Her dissertation was titled “Dark Resonance Clocks and Magnetometers.”