Persistence paves a path for dream internship with Linx 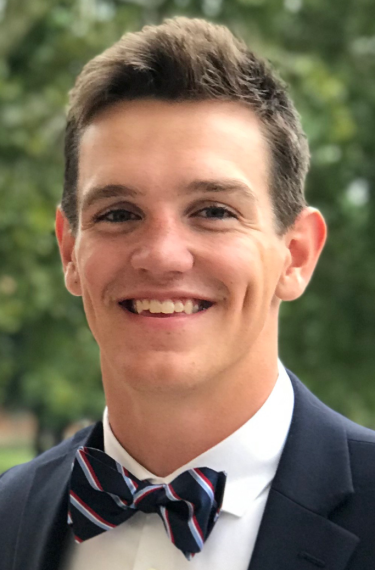 Garrett Goulding is a student in the Paul M. Rady Department of Mechanical Engineering who didn't give up on his dream internship with Linx, even after receiving two rejections before he was hired. Read about his internship experience in the Q&A below.

Tell us a little bit about Linx. What kind of work do they do and how did you first learn about them?

You mentioned that you had a roundabout path to your first internship. What did that look like?

I actually applied to Linx three summers in a row. The first year, after my sophomore year, I did not make it past the first interview. While this was disheartening, I figured I’d get a job at a golf course down by my hometown so I could at least have a job during the summer months. The second time, I made it past the first interview and got assigned a project along with about ten other applicants, that would determine who would get the intern position. My project finished in second. However, the hiring manager said they needed some help in the warehouse that summer. I figured it would be good to get a foot in the door, and it would beat working at the golf course again.

Knowing that I still wasn’t in the position I wanted, I was extremely motivated to show the company what they were missing out on. I worked diligently in the warehouse where my main job was receiving and sorting that day’s packages and entering them into the system. We had days where we received close to 150 packages and others where we received five. I worked quickly and diligently, earning the respect of my managers in the warehouse. After a tough summer of mostly manual labor, I went back to school that August. Come February, I received a call from the same hiring manager that informed me I came in second the summer before. He said that because the feedback on me was so good in the warehouse, he was offering me the internship with no interview required. I accepted and worked as the Project Engineer Intern that summer.

What kind of work did you do as a Project Engineer Intern? Was there a particular challenge you enjoyed tackling?

The first two weeks of the internship was focused on training. This included 8-hour training days on many of our major suppliers as well as trainings on the CAD standards Linx has. After this, I was integrated into the project engineer team. I began receiving parts of projects to work on to get me familiar with the drawing package they compile to present to the client. There is heavy CAD involved (mainly AutoCAD), along with some research into the individual components.

I also worked a lot with bills of materials, or MOS’s (Material Ordering Spreadsheets) to make sure the correct parts got ordered for each system. Once the parts were confirmed, the drawings were put together. Many of the parts had prebuilt blocks in CAD, but I did have to build some of those from scratch. After the drawing package was completed, a thorough read-through was done both by myself and my supervisor to make sure all the little details were included in the final product. This package would then be presented to the client and used as a reference for the field technicians to install accurately.

What advice would you want to share with a new ME student just beginning the internship search process?

As a new college student, especially a mechanical engineering student, the intern industry can seem competitive and daunting. However, there are so many opportunities out there that you can discover. My advice would be to START EARLY. Many companies begin the hiring process for summer internships in August of the year before. Even if you miss out on these opportunities, there are definitely companies that start hiring early in second semester as well.

Another key piece of advice I would give is to never get discouraged because you didn’t get the job you wanted. Work hard in whatever position you have; you never know who talks to whom within the company! By working hard and leaving a good impression wherever you go, you at least leave yourself a chance to work up in the company and in the industry.