Duane Chesley (MechEngr’58) valued education because of how it impacted his life, taking him from humble beginnings on a farm in Nebraska to full colonel in the U.S. Army Reserves.

For 30 years he served with the Army, and throughout that time also worked in engineering for the Army Corps of Engineers, U.S. General Services Administration, Dow Chemical, and Chen Northern Inc. Because he believed education could uplift a person’s life circumstances, he not only supported his two daughters and five grandchildren as they pursued schooling but also endowed a mechanical engineering scholarship at CU Boulder to support students who might otherwise be unable to attend. 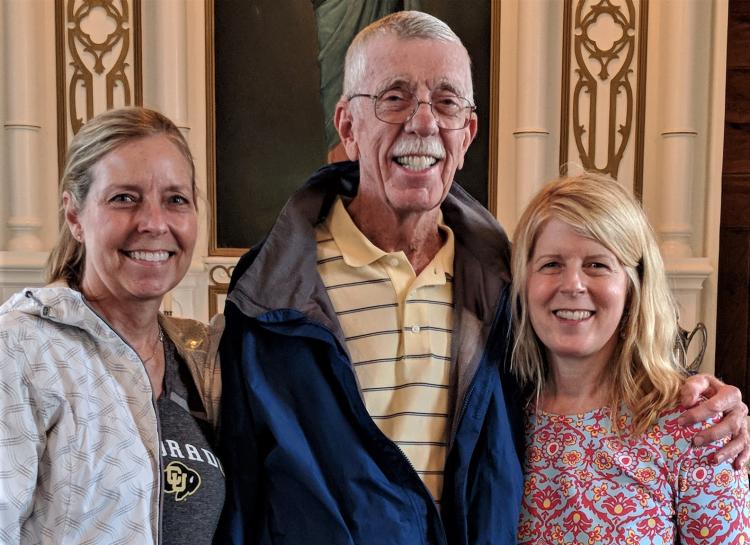 It wasn’t until Chesley died at the age of 83 in February 2020, after a recent diagnosis of myelodysplastic syndrome, that his daughters, Heidi Chesley and Gretchen Goral, learned the extent of his donations.

“It goes to show his humility,” said Heidi. “He wasn’t one to give money to have his name listed in a brochure. He really just believed that whatever your position or background, education is the key.”

Chesley graduated with a degree in mechanical engineering in 1958. While at CU Boulder, he was a member of the Army ROTC and a member of the ski team. He loved the Buffs football team, became a regular at Macky Auditorium later in life, and even shared with his daughters that his name is written on the ceiling of The Sink, a restaurant on the Hill, a tradition among many CU Boulder students. Heidi said her father loved the institution, all aspects of it.

“When we were children,” said Gretchen, “he would purposely drive us through Boulder on our way to visit our grandparents in Longmont, even though he knew that wasn’t the fastest route.”

Unsurprisingly, both she and her sister followed in their father’s footsteps. They became CU Boulder alumni themselves, graduating from Leeds School of Business. Their spouses also attended CU Boulder, and Gretchen’s son, Geoffrey, graduated with his degree in architectural engineering in 2011.

“Even when my oldest son was at CU, Dad loved the new buildings around campus and all the ways the engineering school had grown and changed over the years,” said Gretchen.

“He wasn’t someone who was stuck in the past,” said Heidi. “He loved that the college was always evolving, whether its infrastructure and architecture, inclusivity, or philosophy.”

When Chesley's wife, Viola—Heidi and Gretchen’s mother—died in 1995, the university became a place of healing for their father. Heidi said continuing to learn and participate in university events was one way he immersed himself in things not wrapped in her memory. 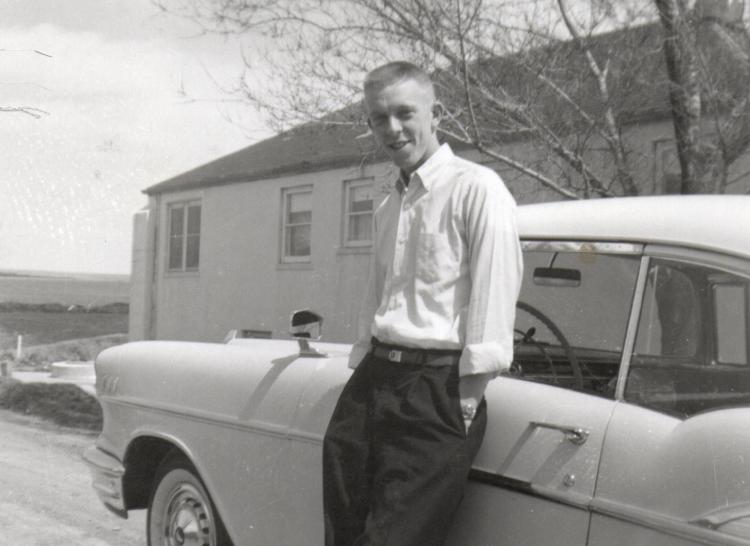 Duane Chesley in 1958, the year he graduated with a degree in mechanical engineering from CU Boulder.

“The last event he attended at CU was the engineering scholarship dinner,” said Gretchen, an annual event that recognizes scholarship donors and recipients in the College of Engineering and Applied Science. “He had open heart surgery scheduled in October, but he specifically postponed it to be at the dinner.”

Growing up, Gretchen said, anything school- or learning-related, her father would want to be involved in and encouraged, whether it was piano recitals, sitting down to help his daughters with a math assignment or supporting their ambitions in graduate school. This support continued with his grandchildren as he attended almost every violin, flute or piano recital, choir concert, musical, sports game, and Grandparent’s Day at Colorado Academy, always “checking in” on their studies and progress.

“It didn’t matter that we were girls and not boys; we could do anything,” said Heidi. “When I told him I had decided to keep my maiden name, he was just like, ‘Of course you should do that!’ He was the type of person who allowed us to be very strong women. He was a feminist, although he would have never used that term.”

Chesley had high standards, likely tied to being in the military and an engineer, his daughters said. He demanded a high level of excellence and work ethic from himself and others, was extremely organized, made lists to stay on top of things, and demonstrated strong attention to detail.

“I think he would have wanted future generations to know that working hard is more important than being naturally gifted in something or being born into a certain circumstance,” said Heidi. “If you work hard, always giving that extra bit, you can attain a lot. At the same time, he would want future generations to have money saved for a rainy day and then to remember to give back.”

Heidi said she knows her father’s giving to the university brought him great happiness. It was part of who he was to share what he had been able to provide for his family and what hard work had afforded him.