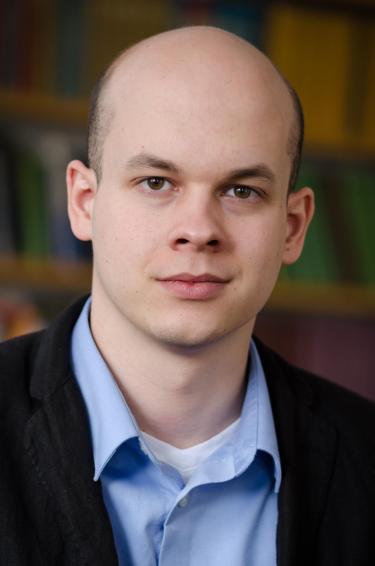 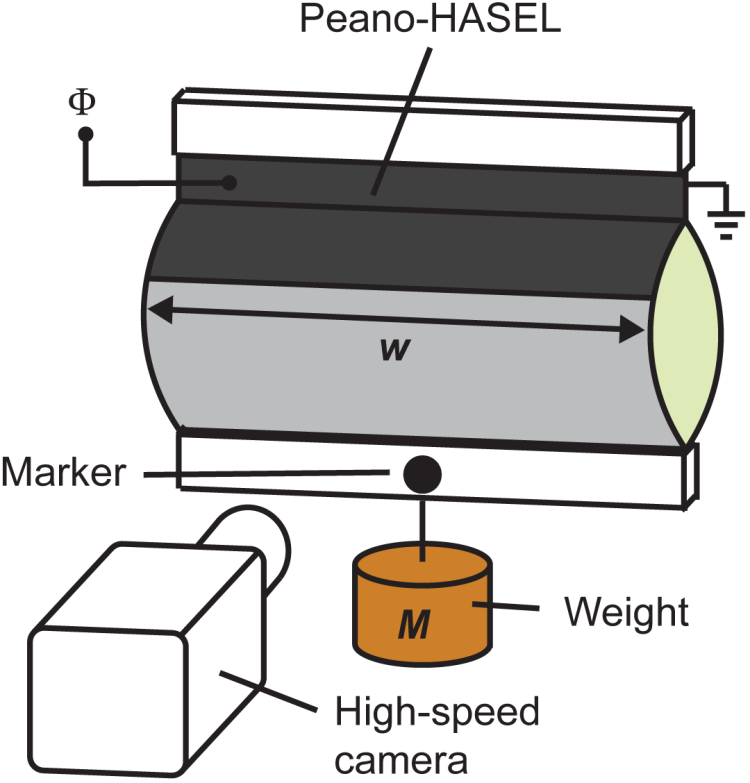 The experimental setup includes a high-speed camera that tracks a marker at the bottom of the soft actuator. This diagram also shows the weight that hangs from the actuator. Click here for license information for this figure.

In 2018, the Keplinger Research Group developed a new type of soft actuator that mimics the way muscles move in nature. In addition to being faster, their design was stronger, cheaper and more dexterous than other available technologies at the time. But what exactly contributed to their success? Researchers set out to discover, finding that the right geometry, materials, and applied external loads not only contributed to their original design but could now make their high-performance actuators even faster.

“Soft actuators mimic the way muscles move and need to move quickly, especially when used in robots that jump, run or fly,” said postdoctoral research fellow Philipp Rothemund, the lead researcher on the project. “I was interested in understanding why our electrohydraulic soft actuators, compared to others, are as fast as they are.”

Their findings, described by Rothemund, PhD Student Sophie Kirkman and Assistant Professor Christoph Keplinger, will be released this week in a paper titled “Dynamics of electrohydraulic soft actuators” in Proceedings of the National Academy of Sciences (PNAS).

The electrohydraulic soft actuator is composed of a flexible outer shell that is covered with electrodes and houses an oil-based liquid inside. When voltage is applied to the electrodes, the actuator contracts, and when the voltage is turned off, the actuator elongates with the help of a weight—or load—that pulls it into full extension, resulting in a motion that mimics the way muscles move. Researchers in this study measured the time it takes for an actuator to contract and elongate as the actuator’s geometry, properties of the outer shell and the liquid inside, and applied external loads were adjusted.

What they found, Rothemund said, was surprisingly simple.

“Now, all we need is to measure the speed of two actuators, and based on the result, we can predict how other actuators of the same type are going to react,” Rothemund said.

To measure speed, Rothemund applied a square wave voltage, which turns from off to on and back again, and used a high-speed camera to record the motion of a visual marker he added to the bottom of the actuators. From this recording, he determined exactly how long it took for the actuator to contract and elongate.

In the viscous regime, the thicker liquid resists flow through the actuator, slowing the speed of actuation. For these actuators, Rothemund said a shorter actuator, less-viscous liquid, larger applied voltage and larger applied external load, which hangs at the bottom of the actuator, will significantly increase speed.

“Other researchers in our group are already using these results to their advantage,” said Rothemund.

Electrohydraulic soft actuators designed to operate in the inertial regime enable unprecedented speeds of motion that he said may one day contribute to a new generation of bio-inspired robots.

Speed comparison between electrohydraulic soft actuators in the inertial regime versus the viscous regime.
Categories:
Tags: