World War II veteran Bill Jann (MechEngr’49) said he is deeply grateful for the opportunities the University of Colorado Boulder afforded him upon returning from combat in 1945. For this reason, he chose to make a generous investment 20 years ago supporting need-based scholarships for CU Boulder students. As someone who received personalized thank-you notes from three-star generals throughout his career, Jann was eager to share thanks with others.

“My soft spot is for the University of Colorado,” Jann said. “In November of 1945, I was discharged from the U.S. Army Air Corps as a staff sergeant having flown 33 bombing missions over Germany. The next day I was in classes at CU Boulder, so you can imagine how this university gave me the opportunity to go to school and to have a fresh start.” 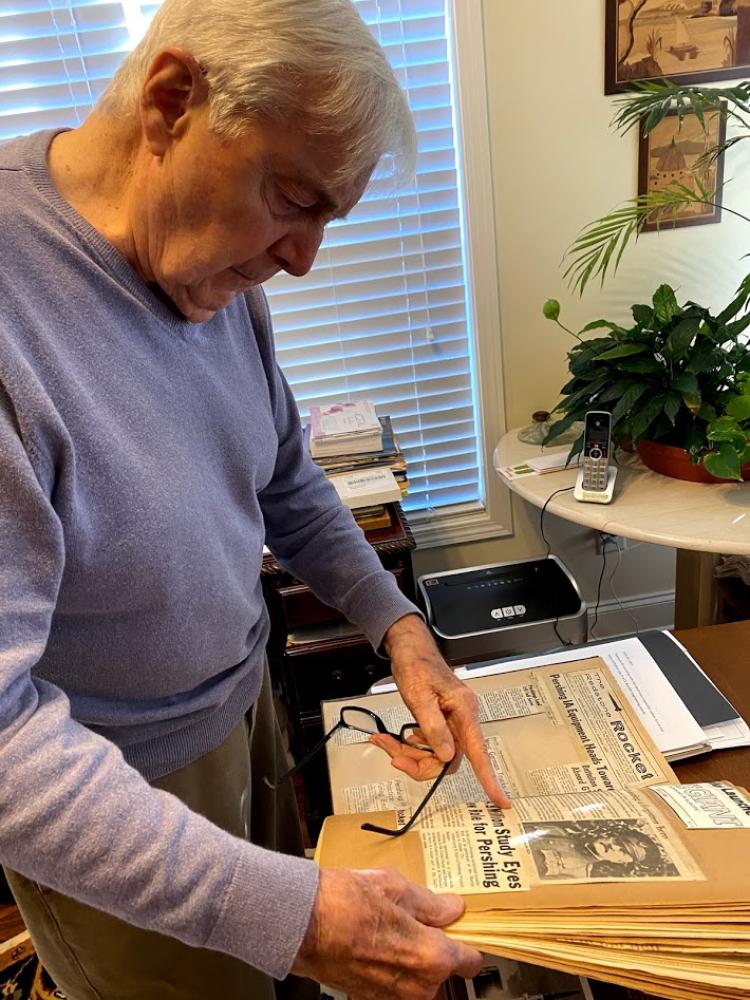 After graduation, the Army awarded him the rank of second lieutenant, Corps of Engineers in the active reserve where he would retire as a full colonel.

When Jann entered the workforce after his schooling, he spent five years moving from job to job, unintrigued by the work he was doing. Finally, he accepted a position with the Ordnance Ammunition Command, where he was responsible for production of armor-defeating munitions for the government. It was there that he said he found his niche and began working on integration of nuclear weapons into missile systems. Soon, he accepted a position as special assistant for Atomic Energy Commission activities at the Army Ballistic Missile Agency in Huntsville, Alabama.

“It’s important you get into a field you love and if you don’t like what you’re doing that you get out and explore other activities,” Jann said.

He said he could do other jobs with no problem, but he didn’t find the work to be interesting or challenging. At the Army Ballistic Missile Agency, Jann moved up rapidly, starting as special assistant, then chief engineer and rising to deputy program manager for the Pershing Weapon System.

Working on missiles during the Cold War and managing assets over $1 million per day, Jann was regularly faced with ethical decisions.

“When confronted with complex problems, I would form teams of experts and had staffs of people who were highly qualified in various professional areas that would make recommendations,” Jann said. “If I hadn’t had a good staff and access to special talents, I couldn’t have been successful.”

In management positions, Jann said he was intentional to always keep his door open: “You’ve got to have people you can trust and rely on.”

Jann devoted much time at the Army Ballistic Missile Agency developing three well-known missile systems: the Redstone, Jupiter and Pershing missiles. He said Pershing II was the most accurate missile system in the free world at that time and was assigned the highest national priority by President Jimmy Carter.

In addition to engineering some of the world’s best missiles, Jann said one of his greatest accomplishments was being part of the Intermediate-Range Nuclear Forces Treaty at the end of the Cold War, which required the United States and Soviet Union to eliminate all ground-launched ballistic and cruise missile systems that could travel between 500 and 5,500 kilometers. This included the destruction of all Pershing I and Pershing II missiles. In all, 1,804 missiles were destroyed by the Soviet Union, and 769 missiles were destroyed by the United States.

When Jann finally retired from the Army Ballistic Missile Agency, he thought he would work for three more years as a consultant but worked for 17 more years instead.

“My engineering degree set the base as good training for all of my different professional activities,” Jann said.

Though his profession was challenging, he said he looks back on it with much satisfaction and gratitude to his wife, family, staff and those who supported him at CU Boulder.

Lead photo: A shelf in Bill Jann's home holds a buffalo stuffed animal and CU Boulder-branded items along with a framed photo of Bill Jann (right) and his wife (left).
Photo in article: Bill Jann flips through the scrapbook he has kept through the years to document his work on the Pershing Weapon System.