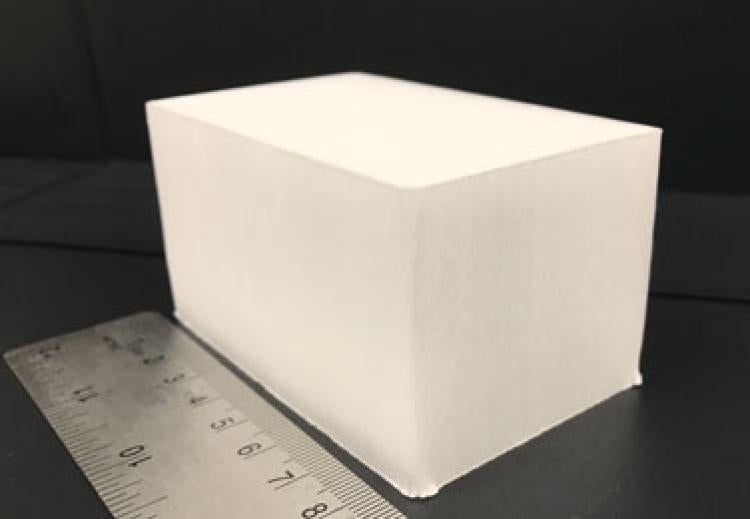 A five-centimeter-thick piece of cooling wood.

What if the wood used to build your house could decrease your electricity bill? In the race to save energy, researchers at University of Colorado Boulder and the University of Maryland have harnessed nature’s nanotechnology to uncover a way for buildings to dump heat.

Wood solves the problem. It is already used as a building material and is renewable and sustainable. Using tiny structures in wood known as cellulose nanofibers and the natural chambers that grow to pass water and nutrients inside a living tree, specially processed wood can radiate heat away. The results of this study were published in Science on May 9.

At the University of Maryland, Liangbing Hu along with co-first authors Tian Li and Shuaiming He and others in the Department of Materials Science have been working with wood for years. Hu’s team has invented a range of emerging wood nanotechnologies, including a transparent wood, low-cost wood batteries, super strong wood, super thermal insulating wood and a wood-based water purifier.

“This is another major advancement in wood nanotechnologies,” said Hu. “He’s group achieved cooling wood that is made of solely wood that can cool your house as a green building material.”

The team of researchers at CU Boulder led by Associate Professor Xiaobo Yin and co-first author Yao Zhai, both part of the Department of Mechanical Engineering and the Materials Science and Engineering Program, have been working on materials for radiative cooling, including thin films and paints.

“When applied to building, this game-changing structural material cools without the input of electricity or water,” said Zhai.

By removing the lignin, the part of the wood that makes it brown and strong, the researchers created a very pale wood made of cellulose nanofibers. They then compressed the wood to restore its strength. To make it water repellent, they added a super hydrophobic compound that helps protect the wood. The result was a bright white building material that could be used for roofs to push away heat from inside the building.

They took the cooling wood for testing to a farm in Arizona where the weather is always warm and sunny with low winds. There, they tested the cooling wood and found that it averaged five or six degrees Fahrenheit cooler than the ambient air temperature, even during the hottest part of the day. On average, it stayed 12 degrees cooler than natural wood, which increases in temperature when exposed to sunlight. 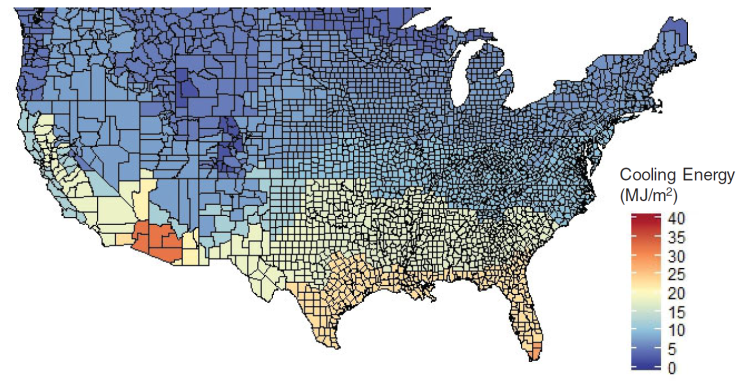 “The processed wood uses the cold universe as heat sink and release thermal energy into it via atmospheric transparency window. It is a sustainable material for sustainable energy to combat global warming,” said Li.

The mechanical strength per weight of this wood is also stronger than steel, making it a great choice for building materials. It also damages less easily than natural wood.

To see how much energy the wood saves, the researchers calculated how much heat is used by typical apartment buildings in cities across the U.S. in all climate zones. Buildings across the U.S. that were built after 2004 would save on average 20% of cooling costs. Hot cities like Phoenix and Honolulu would save the most energy, especially if buildings had both their siding and roofs replaced with cooling wood.

"It is interesting that the same material that releases heat upon combustion can be used for cooling, offering new opportunities in green buildings," said Orlando Rojas, a professor in the Department of Bioproducts and Biosystems at Aalto University, Finland.