Most recently, he founded KOTA Longboards in Denver, a company redefining what it means to be a longboarder. 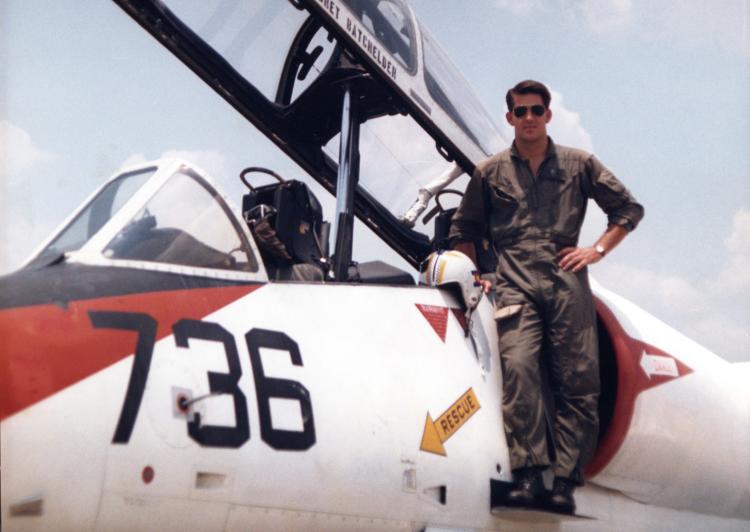 Throughout life, Maloney chose to take risks. Following his undergraduate studies in mechanical engineering at CU Boulder, he was faced with either joining the Navy or accepting a traditional career path and wondering what his life would have been like had he chosen to fly jets in the Navy. He chose the Navy, because he believed the cost of living with regrets was higher than what he might lose while serving. “There’s not a minute of my career I regret,” Maloney said.

“It’s your life – carve it,” is the KOTA Longboards challenge to customers. Carving refers to the way a longboarder skates from side to side, but it also refers to Plato’s wax tablet. Maloney explains that when a person is born, his or her wax tablet is clean, but with every experience, another notch is carved. By the end of one’s life, the wax tablet becomes a reflection of the person’s character.

“You determine the challenges you accept,” Maloney said. “Why not empower yourself to do powerful things?”

2. It’s never too late to try something new.

Maloney tried longboarding for the first time when he founded KOTA Longboards as a middle-aged adult. Now, the company he started in his driveway fits an 8,000-square-foot factory.

Maloney also decided to try something new when he and his team developed a clear grip technology to replace traditional grip tape. This enabled him to incorporate artwork on the tops of his boards, meaning he could reach entirely new markets.

“The beautiful artwork gives me a sense of grace when I carve,” said Spartan Race World Champion Kevin Donoghue. “I’m generally a rough and tumble athlete, but when I carve on a KOTA, I feel calm and relaxed while making sharp, powerful turns.”

Maloney also advocates for others to try new things. He and his team offer complimentary lessons to locals who purchase a KOTA longboard. Longboarding Betties, a KOTA Longboards club, taught 75 women how to longboard during summer 2018.

Perhaps the best evidence that it’s never too late to try something new is Maloney’s career path. “As many times as I’ve changed career paths, I think today’s students will reinvent themselves at twice the rate,” Maloney said. 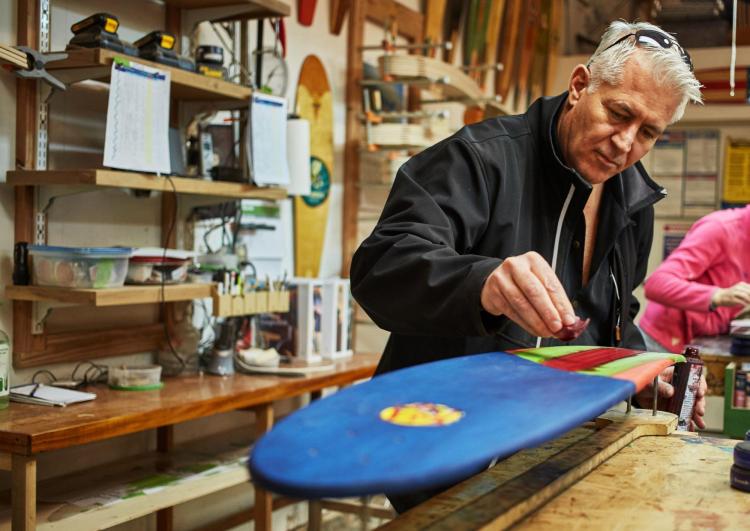 3. When you feel stuck, change the paradigm.

“In a dog fight, when you change something, you force your opponent to react, giving you the advantage. In the same way, when you find yourself stuck, just change something. Put something in motion and see what happens,” Maloney said.

Changing the paradigm was critical when founding KOTA Longboards. Maloney had to take a step back to realize it wasn’t concern for safety that kept middle-aged adults from skating so much as having little in common with the rebellious teenage male skate culture stereotype.

Since then, Maloney has reshaped the market demographic for longboards. While traditional longboard skate markets range in age from nine to 24 and are predominantly male, KOTA Longboards attracts a market ranging in age from 25 to 70 that is roughly 40 percent female.

4. Learn how to get things done.

“In the Navy, we were never trained how not to get to the target,” Maloney said. When re-entering the workforce after serving in the Navy, employers were most interested in his ability to carry projects through to completion.

Maloney also draws upon the problem-solving skills he learned while studying engineering at CU Boulder.

“The analytical thought process is the best asset you can have out of engineering school,” he said. “It teaches you to approach problems with perseverance.”

5. Service means putting the needs of others above your own.

When Maloney was commissioned as an officer, he took an oath vowing to hold himself to a higher standard of service. To him, this meant putting another’s interests above his own.

Though no longer active in the navy, Maloney continues to serve others. In partnership with Wounded Warrior Project, KOTA Longboards created Carve it for Life, a post-traumatic stress healing project. First responders of all kinds were introduced to a community focusing on recreational stress relief through longboarding. “Alumni of the program were actually calling each other to go ride together,” Maloney said. “The best part was that they got to take the tool of their healing, their longboards, with them!”

KOTA stands for Knights of the Air, a code of honor, respect and esprit de corps, given to pilots on all sides of the conflict during World War I. Maloney said he believes these virtues are universal. 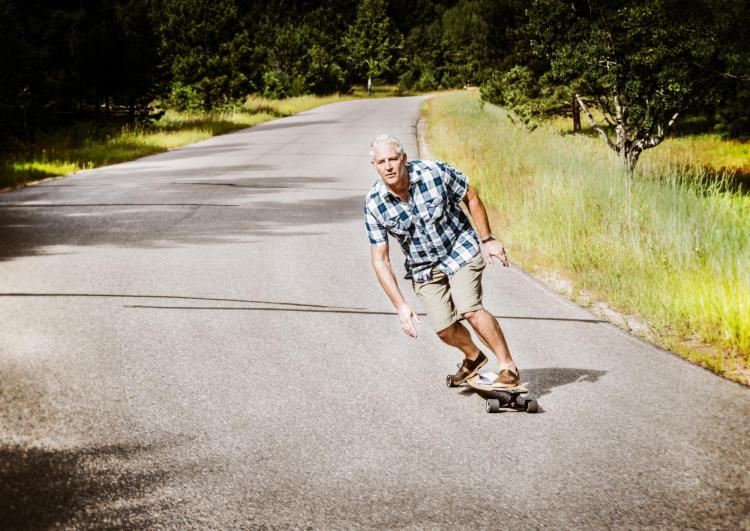 6. Recognize incredible people and be like a sponge around them.

On January 28, 1986, Maloney was in the Stapleton Airport when he saw the Challenger Space Shuttle launch via broadcast. As he watched, he reached into his pocket and grabbed a piece of paper where his career counsellor had written astronaut Ellison Onizuka’s phone number. Though the Challenger’s mission ended in tragedy, Maloney felt connected to Onizuka, fellow CU alumnus, in a way that inspired his service in the Navy. Maloney also wishes to thank Gilbert Marguth, Ralph Peterson, Bud Ahearn, Wally Schirra and Scott Altman, veterans, astronauts and entrepreneurs who impacted his career and life.

7. Work-life balance is an illusion, but work can still be fun!

“Work-life balance is something you can only approximate at any given time. It’s like a European cathedral,” Maloney said. “Even after hundreds of years, it is still being built. Every day you can only try to nudge yourself and your family closer to some sort of balance.”

It seems to Maloney that when a person thinks balance is close, the unexpected is likely to happen. One of these moments occurred on September 11, 2001, when Maloney recalls being in the cockpit of a United Airlines jet on the runway cleared for takeoff when news came that a plane had crashed into the Pentagon.

When Maloney founded KOTA Longboards, he and his wife knew it would be one of the hardest things they would ever do.

However, Maloney said, “As stressful as it is, there’s a vibe I get when I walk into work every day. I’m lucky that being here is actually fun!”