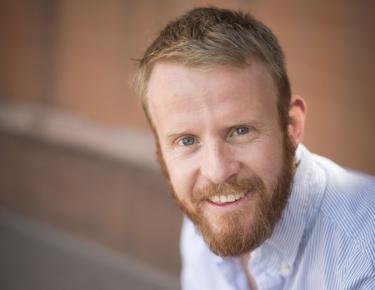 Jared Leidich (MechEngr'09) brought a high-flying man safely down to Earth. But the trajectory of his career seems to go only upward.

The 2009 College of Engineering & Applied Sciences Mechanical Engineering graduate played key technical roles in StratEx, the record-breaking 2014 endeavor in which Google executive Alan Eustace completed the longest and highest freefall ever, dropping to Earth from the upper stratosphere (after an extreme balloon flight up).

Jared stars in a documentary about StratEx, 14 Minutes from Earth, and wrote an insider’s account of it called The Wild Black Yonder.

After buying the book, one of Jared’s CU professors wrote: “It was the first and only time to date that I have ever asked a former student for an autograph!”

Jared’s CU days hinted at big things to come. As an undergraduate, he worked in CU’s Laboratory for Atmospheric and Space Physics, traveled to Rwanda with Engineers Without Borders and co-authored peer-reviewed conference papers. Early on he developed expertise in micro-gravity.

Jared received a powerful endorsement for the Kalpana Chawla Award. Wrote colleague Ron Garan: “I was not only an astronaut colleague of Kalpana Chawla, I was her friend, and I believe that Jared epitomizes the excellence that is representative of this award in her name.” 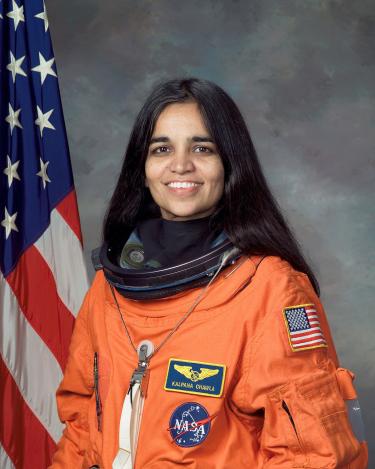 Chawla was the first Indian-born woman in space in 1997 aboard the Columbia. Her first Columbia mission focused on experiments designed to study how weightlessness affects physical processes and on observations of the sun's outer atmospheric layers. Chawla was responsible for deploying the Spartan satellite from the shuttle's payload bay area as the prime robotic arm operator. Five years after her first flight into space, she was overjoyed for another opportunity to fly as a crewmember of the Columbia in 2003. The crew completed a successful 16-day flight, but tragedy struck during re-entry when the shuttle broke apart 16 minutes prior to its scheduled landing over eastern Texas.

The Kalpana Chawla Outstanding Recent Graduate Award has been presented since 1982 to recognize CU Boulder alumni who have made exceptional contributions to their field within 15 years of leaving CU. It was renamed in 2004 to honor Kalpana Chawla (MAero’86; PhD’88; HonDocSci’03) and her impressive career as a scientist and astronaut.