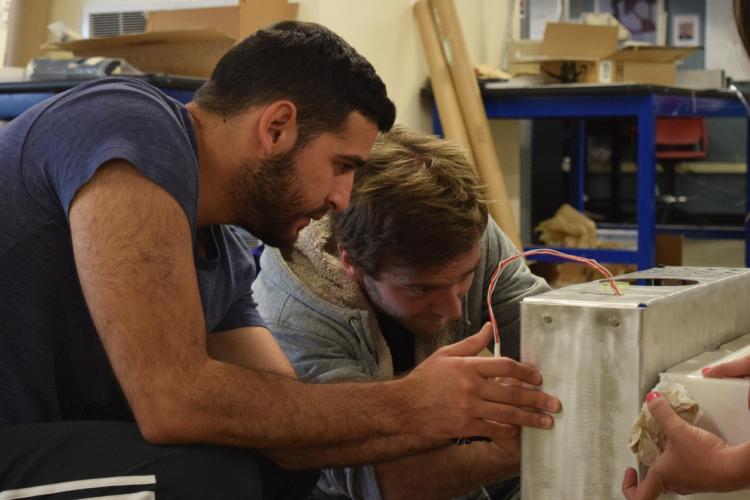 Keats Dormont is making the world a better place through mechanical engineering. The University of Colorado Boulder undergraduate student is part of a new senior design course within the Department of Mechanical Engineering that is transforming student projects into an avenue for positive change in the world.

“This is an opportunity to design something that could make a difference for underprivileged communities. It’s rare to receive funding for such things and it’s invigorating to be a member of one of the teams tackling real world problems,” says Dormont.

The class is called Engineering for Social Innovation (ESI), and it is an offshoot of the senior design program that is a central pillar of CU Boulder mechanical engineering curriculum.

In the traditional senior design course, teams of students are paired with outside businesses or research laboratories to solve a real-world engineering problem being faced by the sponsoring organization. Working hand-in-hand with that sponsor is naturally a central component of the program.

This new section turns the concept on its head, calling for students to find a problem themselves and then determine a way to solve it. It’s an effort to both make the world a better place and deal with an issue facing the Department of Mechanical Engineering.

“One of the more-difficult aspects of the senior design program has been finding enough companies to sponsor projects. The projects take months to complete, and we have many great partners, but not every company can wait,” says instructor Dan Riffell.

Essentially, as enrollment in mechanical engineering has grown, the number of sponsors hasn’t been able to keep up. The new class is a way to continue the program and maintain its high standards.

There are 40 students working on eight teams in the new course. Their projects range from solar-powered water purification systems to devices that can detect and report wildfires in extremely remote areas. Dormont’s team is developing what’s called the Rescue Wagon, an integrated stretcher and trailer that could be hitched to bikes and motorcycles.

“It will aid problems that arise from inadequate or nonexistent emergency medical transport. It’s an inexpensive ambulance alternative that could serve congested cities and rural areas around the world,” Dormont says.

Like all senior design teams, whether in the outside sponsor or social innovation sections, the work is an “epic challenge,” to quote Dormont. Teams spend months mapping out their design, building, and rebuilding before presenting a final product at a design expo.

“All teams do their own manufacturing, but since we don’t have an outside sponsor, we don’t have pre-existing specs to work within. We have to make all those decisions on our own,” says Zach Yearout, whose team is designing a type of portable toilet to improve public health issues in developing countries

Another unique aspect of this new course is the students keep ownership of any intellectual property they develop.

“I’ve had the University tech transfer office meet with the class to talk about patents, and I’m working on building relationships with outside groups that may be interested in what we develop,” Riffell says.

Those efforts are already beginning to bear fruit for Yearout’s team which has already been in contact with a non-governmental organization in India about future possibilities.

“In the class we’re learning about business and entrepreneurship,” Yearout says. “We’re connected to this project, even after it’s done. It’s made it much cooler to design.”

This year’s pilot course is funded by grants from the CU Boulder’s Engineering Excellence Fund (EEF) and Innovative Seed Grant program.  The department is actively exploring funding models for future offerings of the course.

The ESI projects will be showcased along with industry-sponsored capstone projects from other mechanical engineering teams during the College of Engineering and Applied Science Design Expo at Coors Stadium in Boulder on April 27th, 2018. 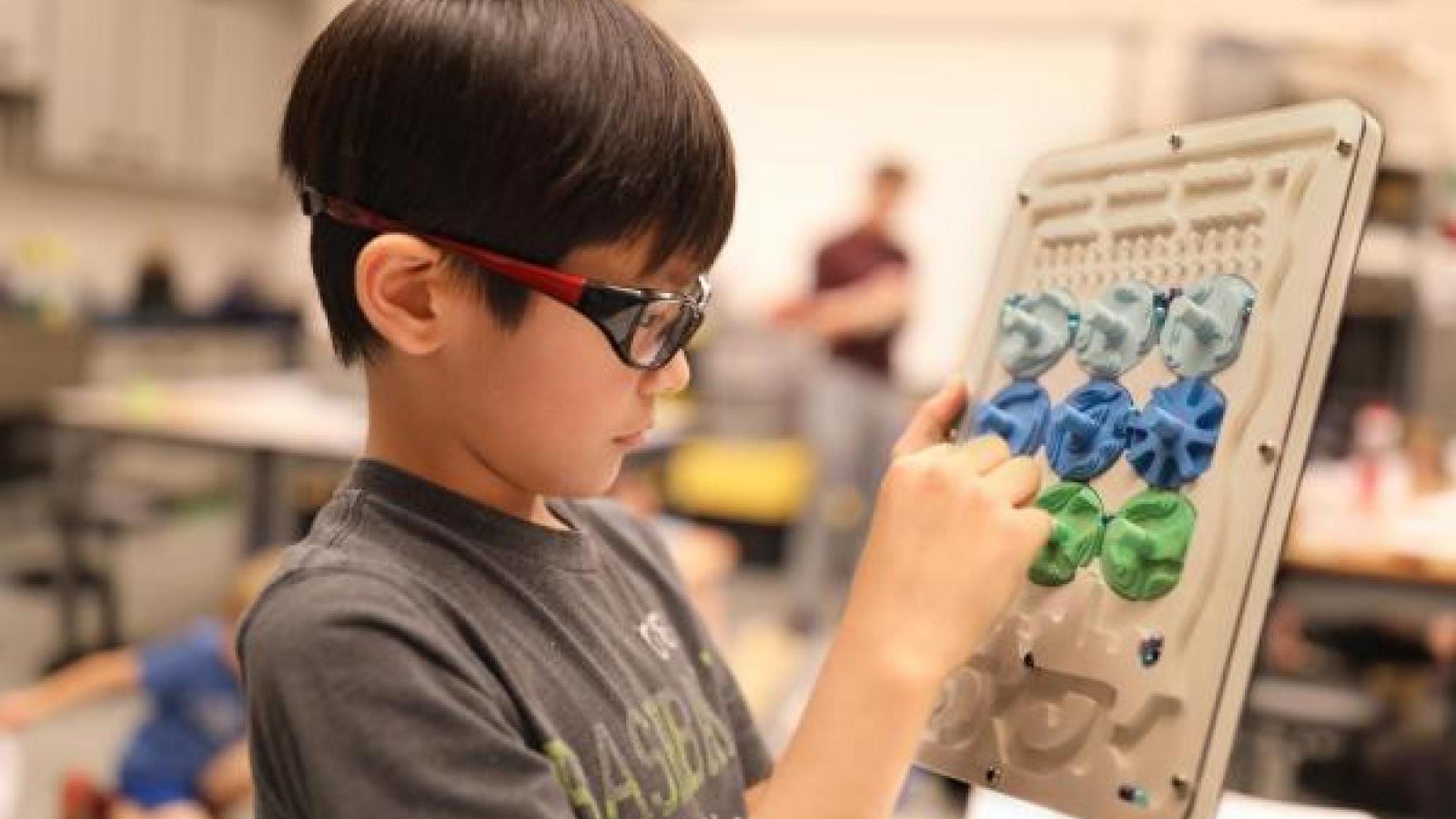 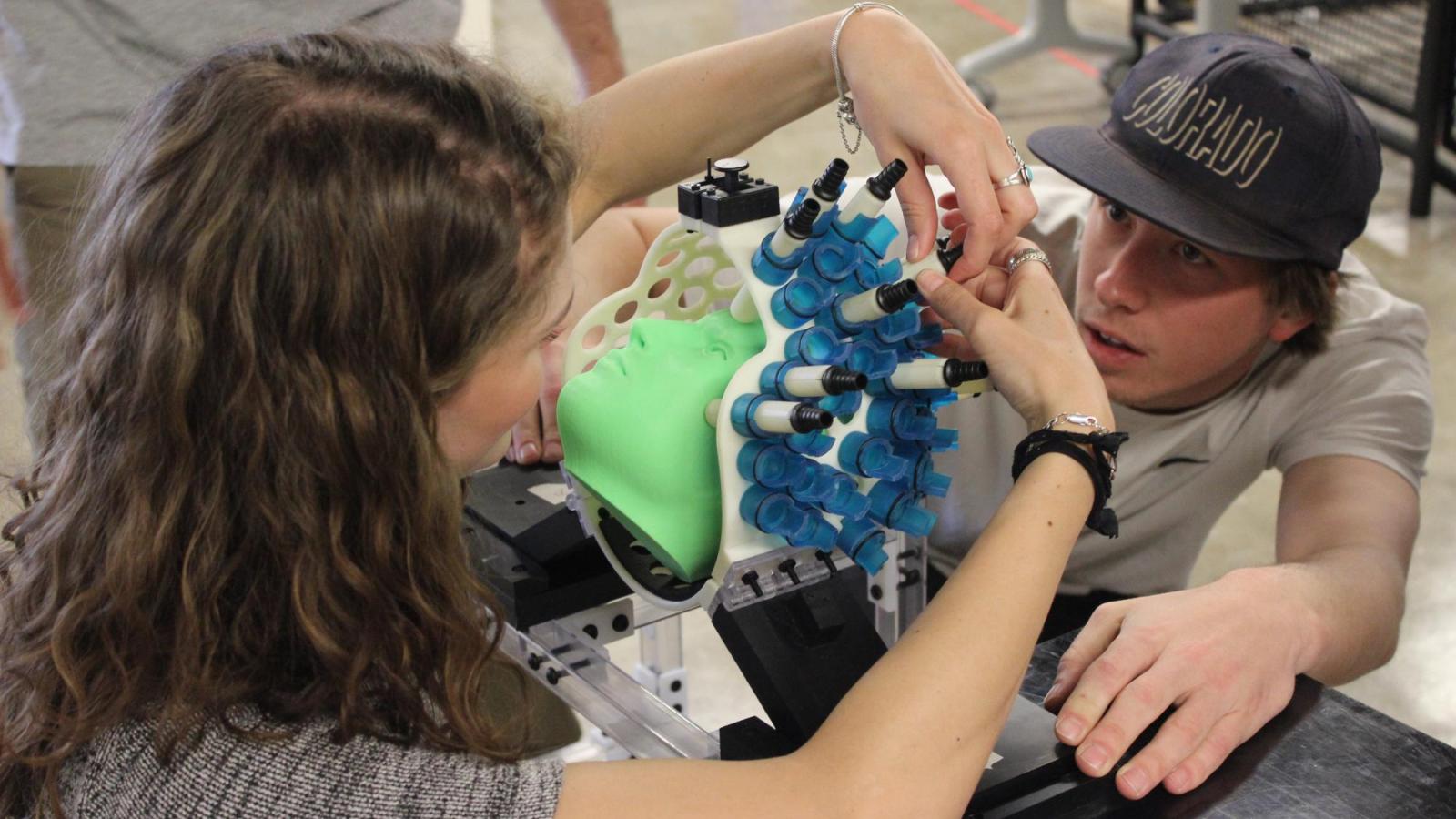 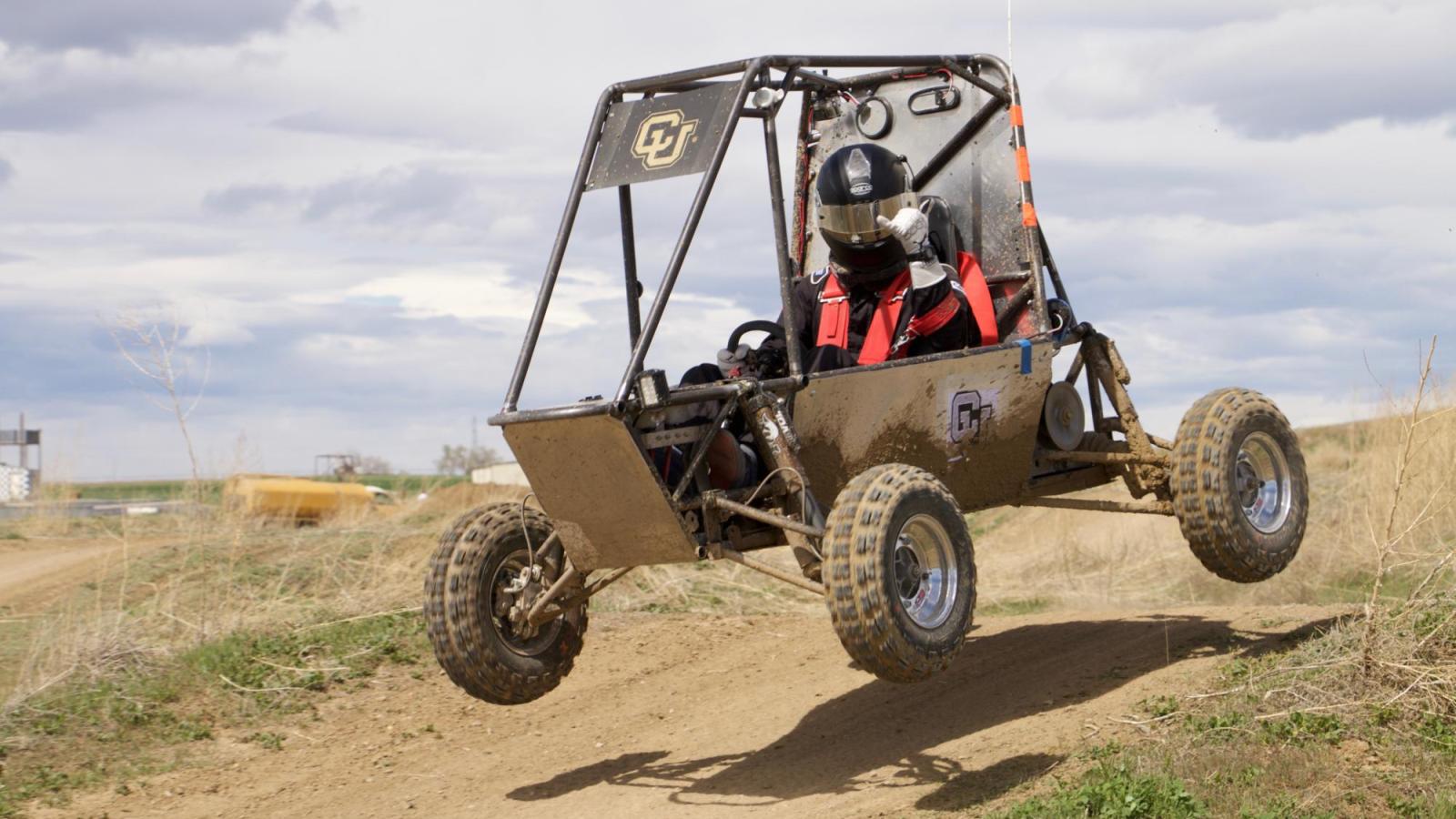 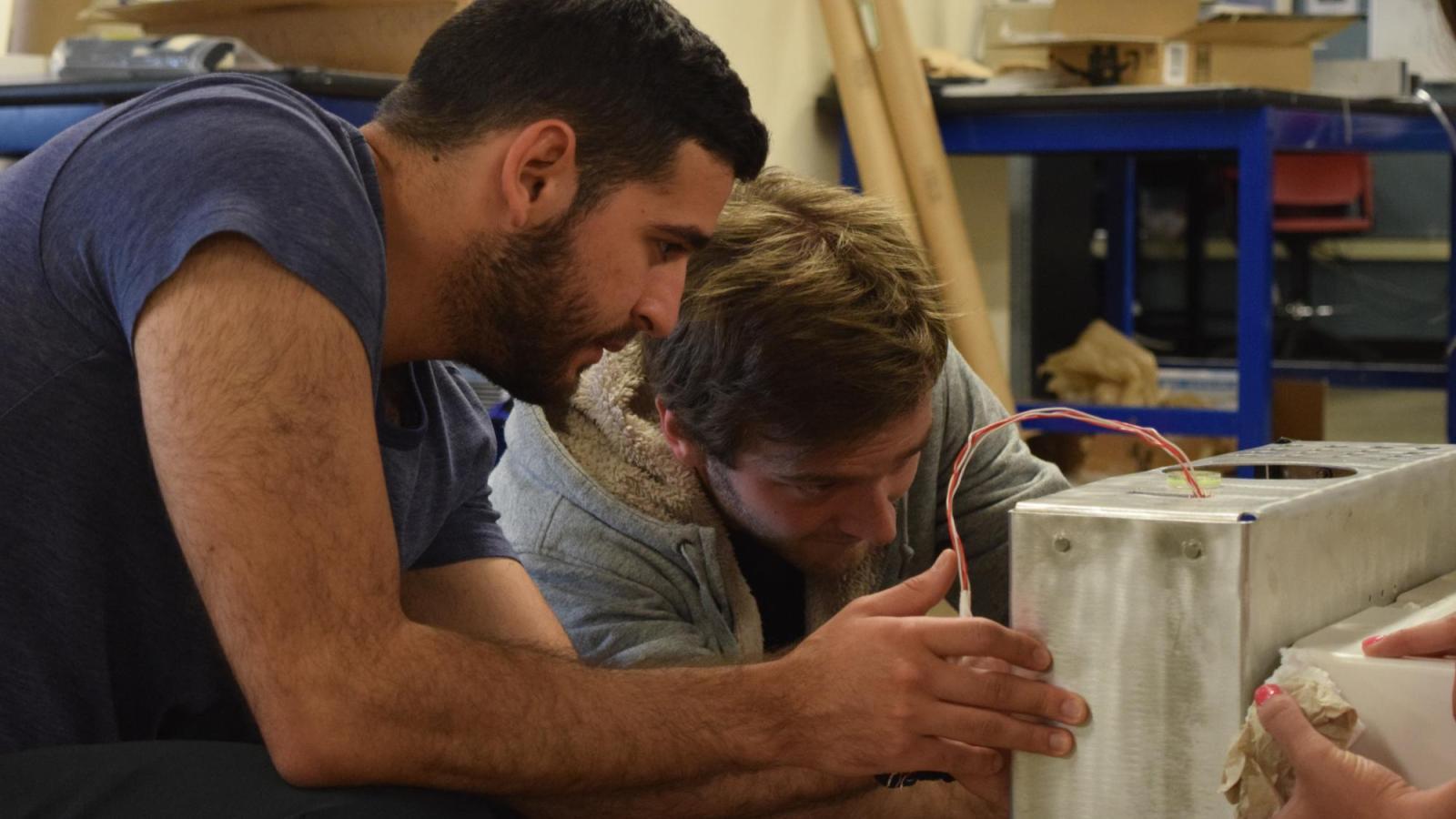 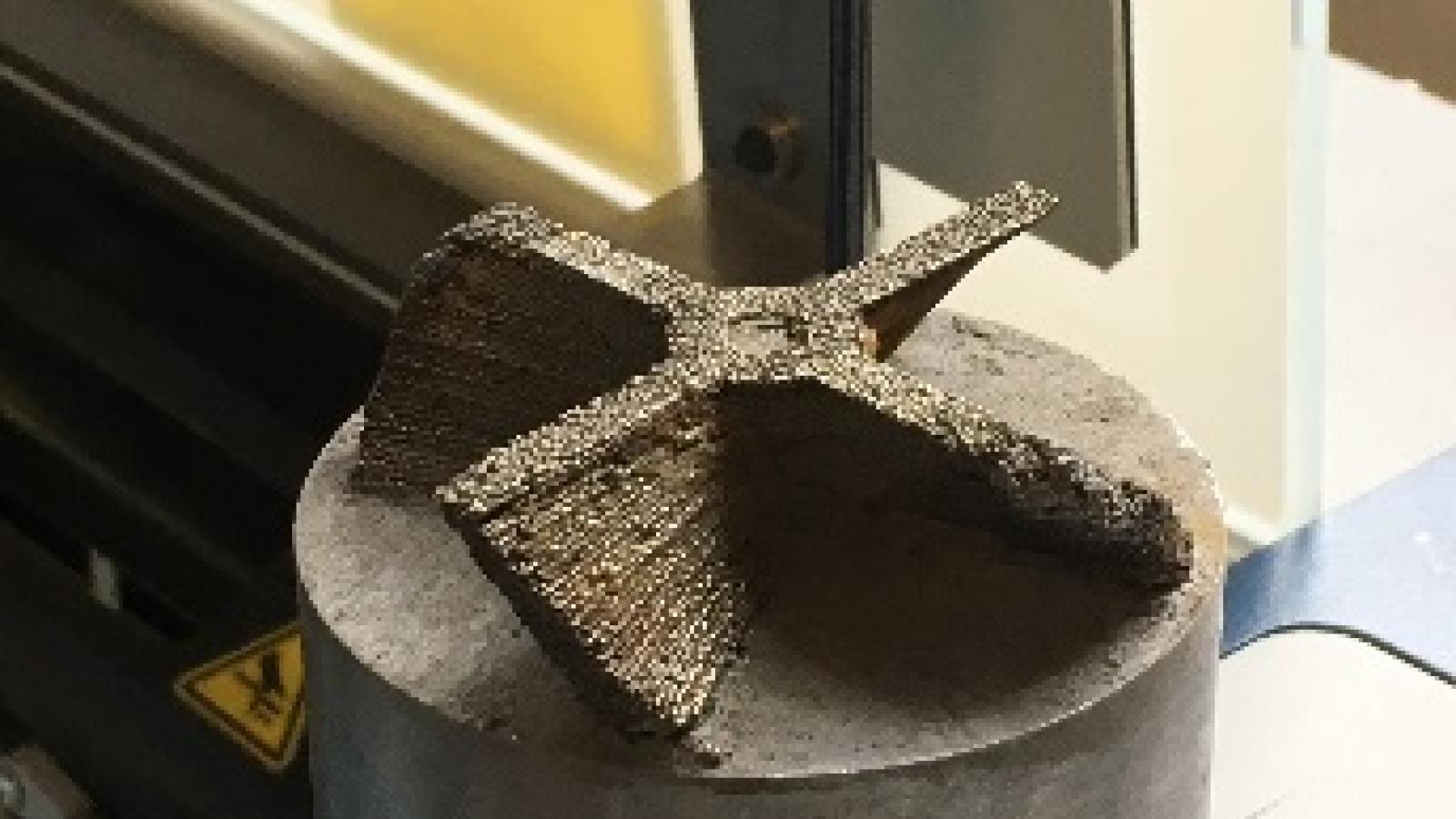 Blog: Designing a UAV system that can outsmart a thunderstorm 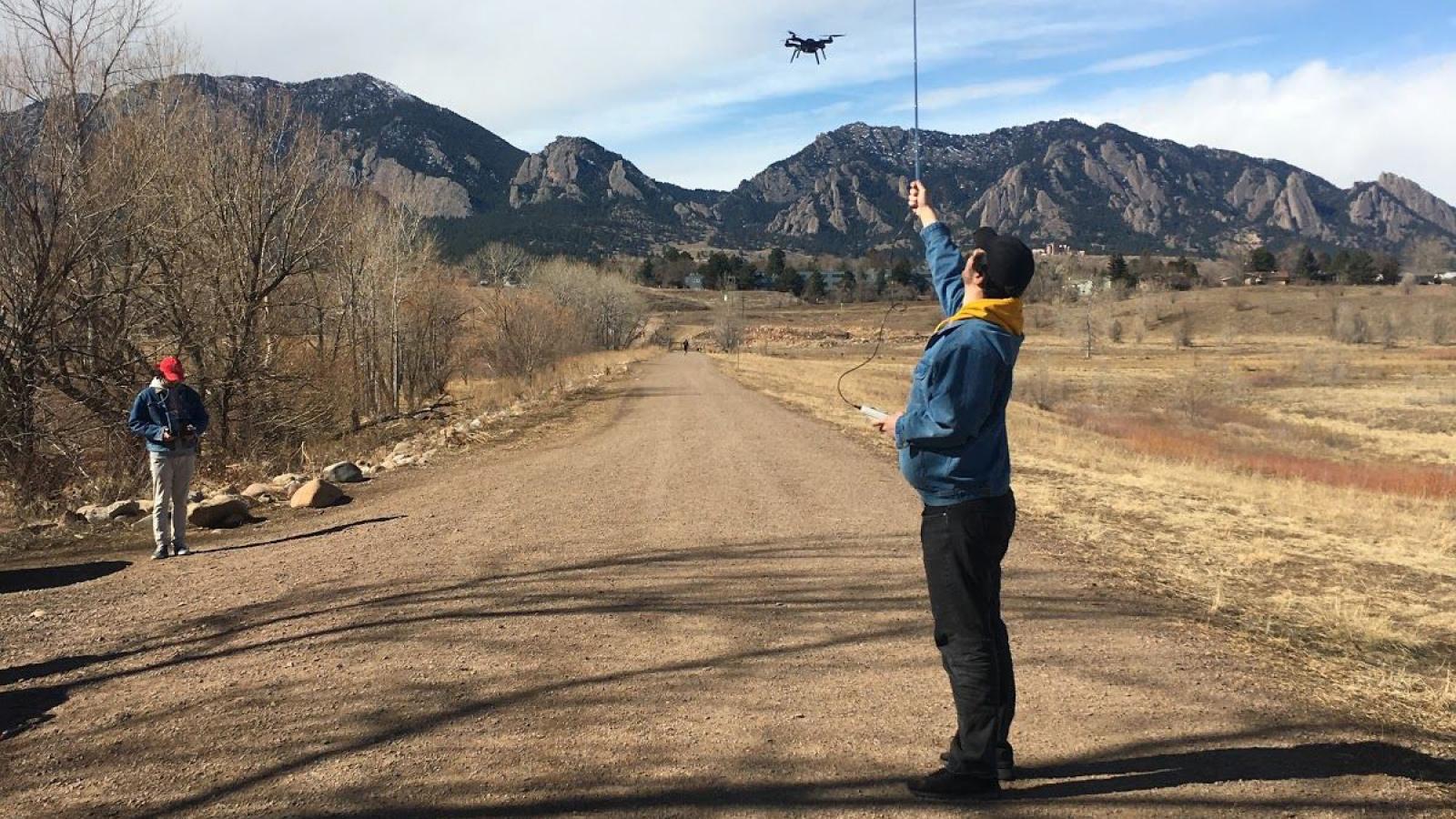