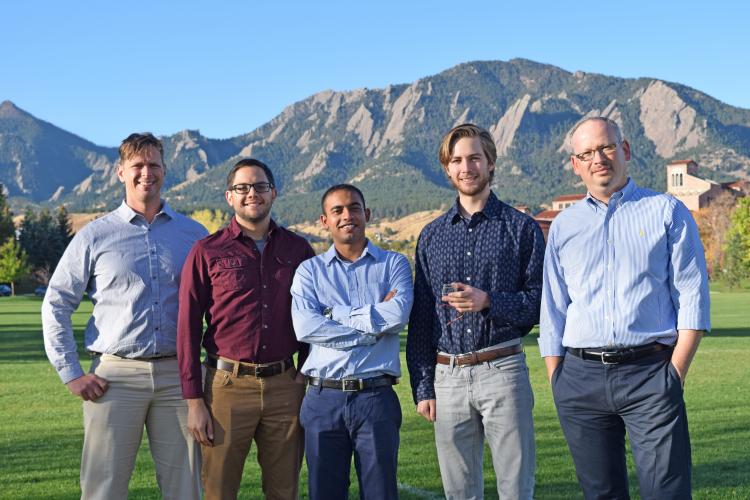 At a concert, bigger is better when it comes to amplifiers and speakers, but research in CU Boulder mechanical engineering professor Victor Bright's Multidisciplinary Engineering Micro-Systems Group is demonstrating that small speakers can produce big sound too. How small? Fewer than 300 atoms thick.

Listen to a clip of music from the speakers

It's all thanks to the thermoacoustic effect, the ability to transform temperature fluctuations into sound energy. Recorded sound didn't begin until Thomas Edison's phonograph, but the thermoacoustic effect is a scientific principle that has been known for centuries and was studied for use in loudspeakers 100 years ago. Progress in nanofabrication has renewed interest in the phenomenon.

The devices they create consist of suspended tungsten bridges around 25 nm thick and 17 μm x 2 μm in area that produce audible sound and music. Operated in parallel in large arrays, the devices produce sound pressure levels of 90-100 dB at frequencies above 10 kHz and ~10 W electrical input power, and the team was able to measure 104 dB output at 20 kHz.

Read the full story in a profile at Nanotechweb.com.

The profile at Nanotechweb is based on the team's recently published paper in the journal Nanotechnology titled Ultrathin thermoacoustic nanobridge loudspeakers from ALD on polyimide.