How much fuel does a cruise ship use? 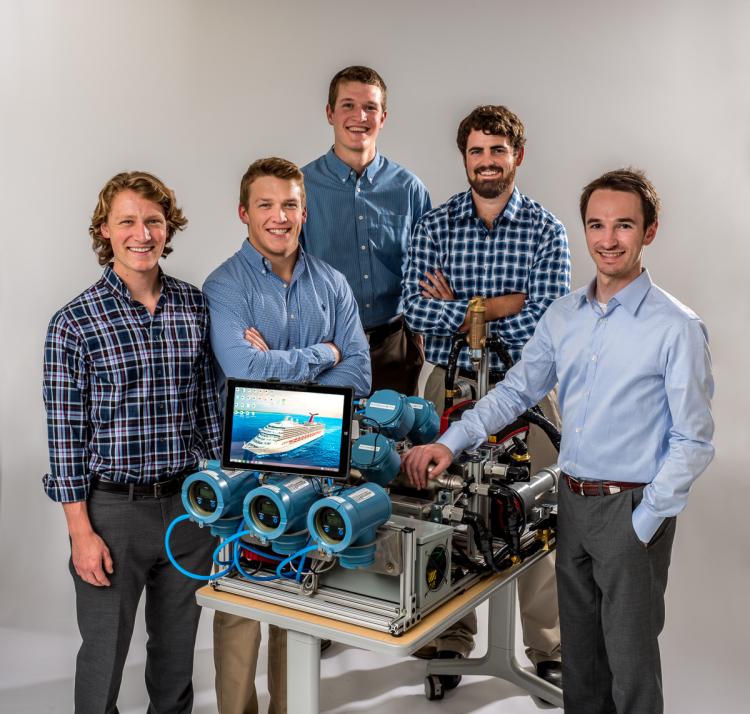 How much fuel does a cruise ship use?

A large ship can use up to 250 tons. Per day. In terms of regular gasoline, that would be about 80,645 gallons; more fuel than you'll use in an entire lifetime of driving cars.

As a result, even a small increase in efficiency could mean big savings in fuel and improvements to the environment, and a CU Boulder senior design team has helped Micro Motion, Inc., a Boulder flow meter company, demonstrate a system that does just that.

Micro Motion developed a software suite to increase efficiency, but they needed a way to test it. Unfortunately, cruise companies aren't big on letting engineers borrow their ships for experiments.

They approached CU Boulder, and a senior design project for a test rig was born.

"We built a machine to allow all of these different experiments that normally you would need to be on a cruise ship to run," said Matt Tabor.

Tabor was one of six students who spent the 2014-2015 academic year designing and building a suitcase-sized rig that could do the testing, and be used by Micro Motion at industry trade show demonstrations.

"Our tests verified a 0.5% efficiency savings, which is a really big deal," said Tabor.

On a passenger car, that kind of increase would be almost negligible, but on a cruise ship, which burns a gallon of fuel every 30-60 feet, it adds up quickly.

The project won first place at the 2015 Design Expo, and led directly to a job at Micro Motion for one team member, Taylor Scott. He recently published a white paper for the company documenting his team's findings and has been traveling extensively to meet with ship operators.

"I'm in the middle of a really big project with a cruise line corporation. We're still in the process of convincing them, but the white paper does so much more than a sales or marketing pitch would ever do," said Scott.