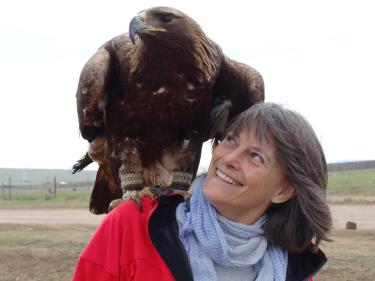 Sarah Harding has been a Buddhist practitioner since 1974 and has been teaching and translating since completing a three-year retreat in 1980 under the guidance of Kyabje Kalu Rinpoche. Her publications include Creation and Completion, The Life and Revelations of Pema Lingpa, Treasury of Knowledge: Esoteric Instructions, Machig’s Complete Explanation and Niguma, Lady of Illusion. She is an associate professor at Naropa University in Boulder, Colorado, where she has been teaching since 1992, and has been a fellow of the Tsadra Foundation since 2000. Currently she is working on translating the zhi byed volume of the gdams ngag rin po che’i mdzod, having already published the chod volume, The Sacred Teachings on Severance (Snow Lion, 2016).