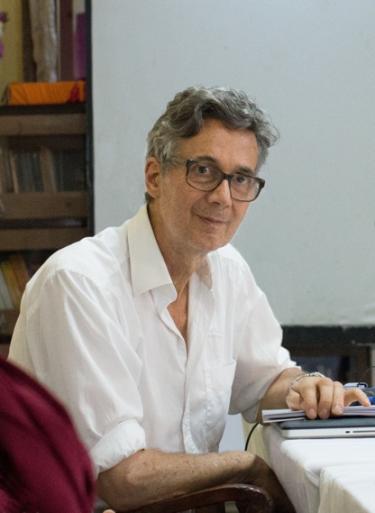 In 1970, while studying medicine at Cambridge, John Canti first met his Buddhist teachers, and started to practice under their guidance. After hospital work in London and Cambridge, he moved in the late seventies to eastern Nepal to establish tuberculosis programs in two remote hill districts. Beginning in 1980, he underwent two three-year retreats in the Dordogne, France. Emerging from retreat at the end of the 80s, he helped found the Padmakara Translation Group, of which he is now president, and remains an active translator. From 2001 to 2014 he was a Fellow of the Tsadra Foundation. He is editorial director of 84000 and serves on the working committee as chair of the editorial section. He is based mainly in France but has spent long periods in Nepal and India. As well as his 84000 work, John is working on Mipham’s commentary on the Ratnagotravibhāgottaratantraśāstra.