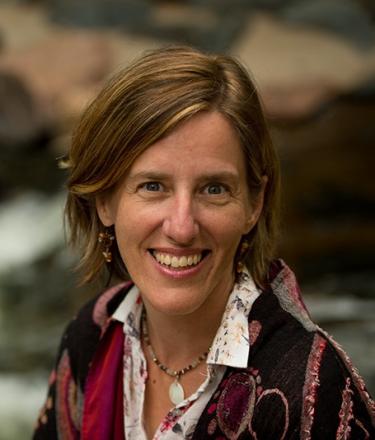 Holly Gayley is Associate Professor of Buddhist Studies at the University of Colorado Boulder. With a passion for translation, her research examines the revitalization of Buddhism on the Tibetan plateau since the 1980s with a special interest in issues of gender, agency and identity in contemporary Buddhist literature by Tibetan masters and cleric-scholars. She became interested in the academic study of Buddhism through her travels among Tibetan communities in India, Nepal, and China, and completed her M.A, in Buddhist Studies at Naropa University in 2000 and Ph.D. at Harvard University in Tibetan and Himalayan Studies in 2009. She is author of Love Letters from Golok: A Tantric Couple in Modern Tibet (Columbia University Press, 2016) and co-editor of A Gathering of Brilliant Moons: Practice Advice from the Rimé Masters of Tibet (Wisdom Publications, 2017). Her articles on an ethical reform movement spearheaded by cleric-scholars at Larung Buddhist Academy in Serta include "The Compassionate Treatment of Animals: A Contemporary Buddhist Approach in Eastern Tibet" (Journal of Religious Ethics, 2017), "Controversy over Buddhist Ethical Reform: A Secular Critique of Clerical Authority in the Tibetan Blogosphere" (Himalaya Journal, 2016), "Non-Violence as a Shifting Signifier on the Tibetan Plateau" (Contemporary Buddhism, 2016 with Padma 'tsho), "Reimagining Buddhist Ethics on the Tibetan Plateau (Journal of Buddhist Ethics, 2013), and "The Ethics of Cultural Survival: " (in Mapping the Modern in Tibet, 2011).