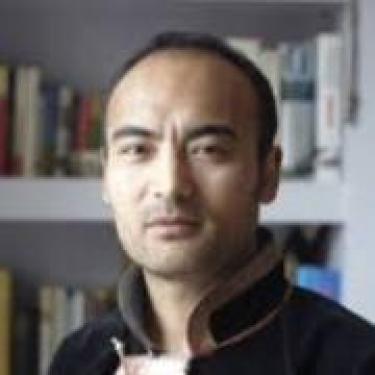 Lama Jabb was born and brought up in the Dhatsen tribe, a nomadic community from Northeastern Tibet. He completed his primary education in Tibet. Midway through the secondary education he left Tibet to attend a Tibetan refugee school in India. Since 1995 he has lived in United Kingdom. Lama Jabb received BA Honours degree in Political Science and MSc in International Relations from the School of Oriental and African Studies, University of London. He completed his D.Phil in modern Tibetan literature at the University of Oxford in 2013. He is currently a Junior Research Fellow in Tibetan and Himalayan Studies at Wolfson College. He has recently been awarded a prestigious Leverhulme Early Career Fellowship in Tibetan Literature at the Faculty of Oriental Studies, University of Oxford. Lama Jabb’s research interests are in, among other things, modern Tibetan literature, traditional allegorical tales, the interplay between the Tibetan literary text and oral traditions, and the theory and practice of translation. Adopting a keen historical consciousness and an interdisciplinary approach he explores Tibetan creative writing alongside national identity and other socio-political issues embedded within it. He also teaches Tibetan language and literature to graduate students at the Faculty of Oriental Studies. He participates in scholarly discussions on contemporary Tibetan issues in both academic and public forums. His publications include his book Oral and Literary Continuities in Modern Tibetan Literature: The Inescapable Nation (2015).