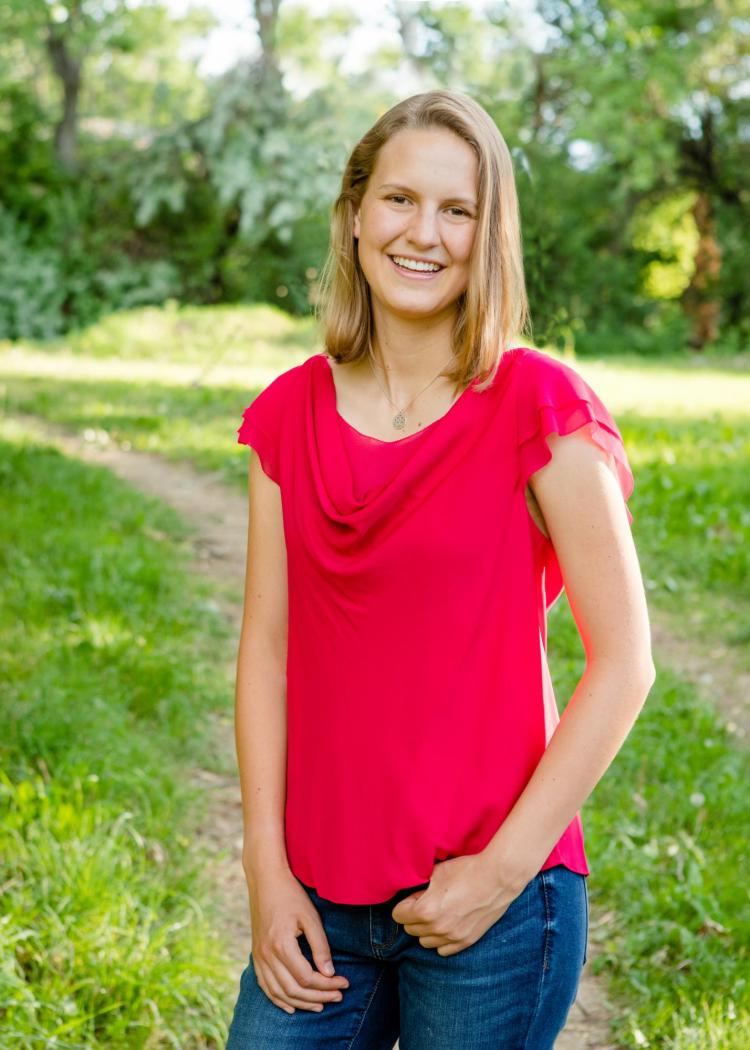 This summer the double major student in computer science and creative technology & design will assemble a new platform for MindScribe, a research studio in which stuffed animals with robotic contents ask preliterate children questions and encourage reflection about the art they create. Kids often answer with bright eyed enthusiasm as seen in the video below.

Founded by triple PhD student and former preschool teacher Layne Jackson Hubbard in 2016, the studio won an Early Childhood Innovation Prize in 2018 for its ability to work one-on-one to maximize children’s potential in their first few years of life, as well as second place in an international human-robot interaction student design competition.

A former foster child, Hubbard said in this previous CU article that she returned to graduate school because her work in preschool teaching taught her investing in early childhood innovation “could positively shape the outcomes of adverse experiences, including trauma.”

“It’s so important for brain development to reflect on the world around us, but there’s not really support for that at younger ages,” said Chanders. “The goal behind all this work is to find a way to bring that back into education.”

“I really liked the initiative Jasey showed in reaching out to me and expressing interest in MindScribe—especially during the first semester of her freshman year,” said Hubbard about Chanders’ involvement in her research studio.

Until recently, each stuffed animal was powered by a smartphone with an app programmed to voice the robot’s questions. Chanders will make it easier for children to control the robot’s voices and languages, allowing for reflective inquiry across home and school contexts.

Having headed up her high school robotics team’s software group and done her initial technology work in elementary school in the program FIRST Robotics, Chanders is excited to work with children. “The combination of robotics and helping younger kids show their view of the world drew me to this project,” said Chanders.

Chanders became involved after seeing Hubbard’s fall 2020 job post for a student researcher on the website for the University of Colorado ATLAS Institute, which focuses on creativity and invention initiatives. She emailed the graduate student and they began brainstorming how to work together the following summer. They decided to increase children’s control of the robot’s speech and language and when to stop or start the robot voice. They also talked about how to move MindScribe’s use of Arduino—a software and hardware known for its ability to read inputs, such as lights on a sensor, a finger on a button, or a social media message—onto a platform that could support children from multiple language backgrounds.

Beginning in the 2021 spring semester, Chanders watched tutorials on a few computer languages (Arduino, C++, and TypeScript) in preparation for the initiative’s May start. This summer she will work to understand more about how kids use the program, generate ideas for solutions, test a prototype with children, and make design adjustments in response to test results.

She looks forward to designing for the kids’ needs. As an example, Hubbard’s research found that children enjoy voices that are child-like, or playful, or even silly—as opposed to adult voices like those of Siri and Alexa. So Chanders plans to provide more voice options. The results of Hubbard’s study were recently accepted for publication in the Association for Computing Machinery (ACM) Conference on Conversational User Interfaces, and will be published in July.

“We think by providing kids with child-centered options for their robot voice, they will have more agency and control in the child-robot interaction,” said Hubbard.

Chanders’ own interest in robotics started with LEGO® toys with motors, she said. She’s also made ideas into physical reality in ways that include illustrating birds and sewing. Getting involved in FIRST Robotics as a kid, Chanders took part in competitions until a break in eighth grade made her miss it. She returned in ninth grade to robotics, and later “practically lived and breathed robotics in the building.”

MindScribe’s work didn’t start with her, Chanders said. “This project is one I’m taking to the next step, but quite a few other students brought to this level. Arva Syed, an undergrad in ATLAS, was instrumental in the initial prototyping of this design. I’m taking what she and the lab developed and bringing it into function so it can be tested.”

With the MindScribe work, Chanders looks forward to “recombining in different ways” some of her existing skills, learning to use Arduino, and working with kids.

“Young children have unique needs, and in this work Jasey will strengthen her ability to design and prototype for such a critical period of life,” said Hubbard.

Mentioning her enthusiasm for making concepts into physical reality, Chanders said, “Robotics is a satisfying way to take that passion and maybe have a positive impact on the world, help others tell their stories.”

Interested in pursuing research as an undergraduate student? Check out the Undergraduate Research Opportunities Program (UROP)!

UROP offers a range of flexible funding options for students and faculty at the University of Colorado Boulder to form partnerships for research, scholarly and creative projects in all majors and fields of study.